Prior to the 1950's it wasn't unusual for a model to have several dial options.  For example, the 1937 Endicott had five different dial options over it's production run.  However, after 1950 the options seemed to become more limited.  Most models had only one choice and occasionally there were options for a black dialed version.

There are a few 1950's models where the dial design changed from year to year.  A good example of that phenomenon is the Rodney.  Another example is the 1955 Automatic K-352.  In 1955 it had a dial design with solid gold numerals and markers and luminous hands and dots. 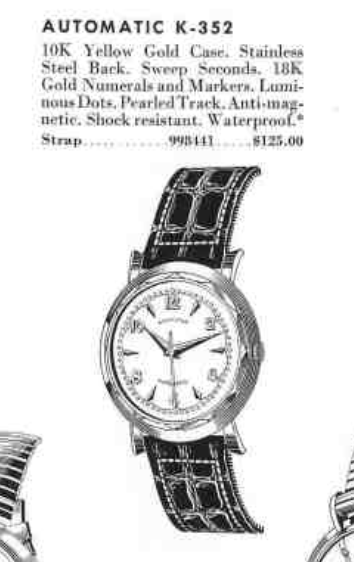 Then, in 1956 the design was changed to markers at all the hours except 12.  Gone where the luminous dots and instead silhouette hands were added, where luminous paint was applied to the back of the hands and glowed onto the dial 24x7.  It must have been a very interesting effect. 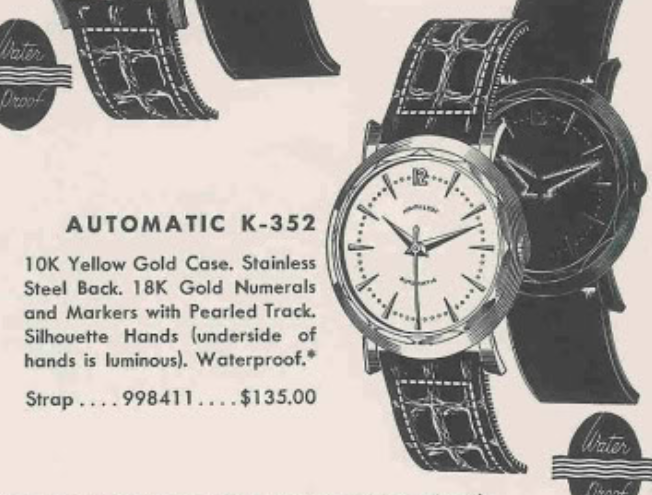 So there are two varieties of the K-352 that you can find.  The model was produced into 1957 so there are probably more of the second dial generation than there are of the 1955 design.

The case of the K-352 consists of a solid 10K yellow gold bezel with a stainless steel back.  What makes the case design unique is it has faceted pattern around the crystal opening with points at all the hour positions.  It's a very subtle attribute and easy to overlook.  Inside you will find the 17 jewel 661 movement used in most 1950's Automatics.

I recently purchased a K-352 project watch and I was on the fence about buying it.  It had a fairly high price tag and was listed as non-running.  I suspected it had an issue and I was paying a steep price for someone else's problem but you don't see this model very often so I took the chance.

From the front it looks okay but there's a little bit of a gap on one side of the dial that's not there on the other side. 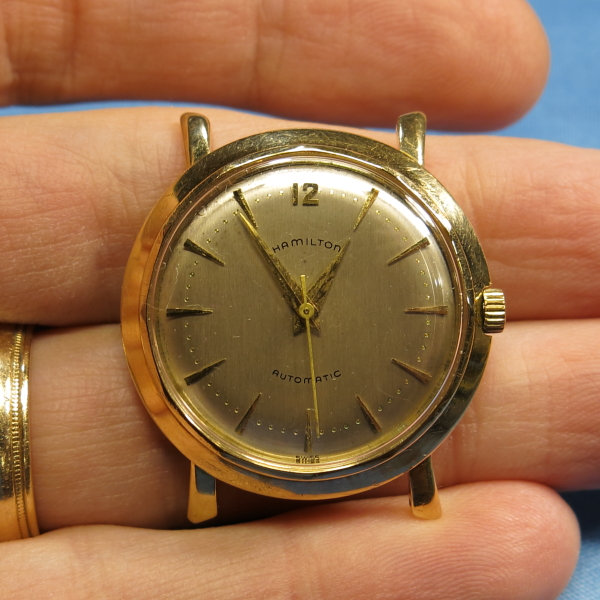 This watch was a service award for 25 years of service to National Lead Company. 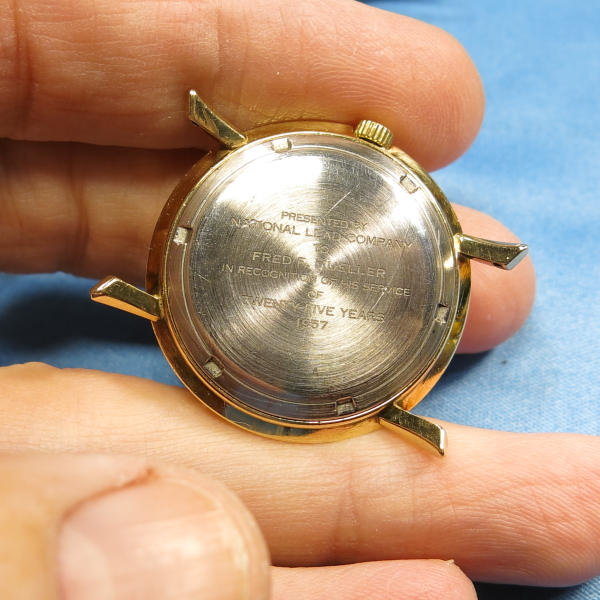 The inside of the back shows extensive rubbing from the oscillating weight on the movement. 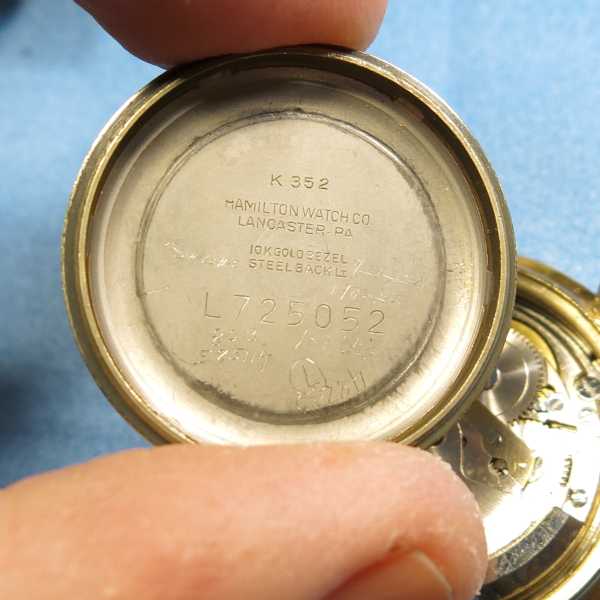 One issue that is easy to spot is the movement is missing a retaining clip and screw.  That explains the cockeyed appearance of the dial on the front.  It might also explain the rubbing rotor.  The rotor doesn't look too much worse for the wear though. 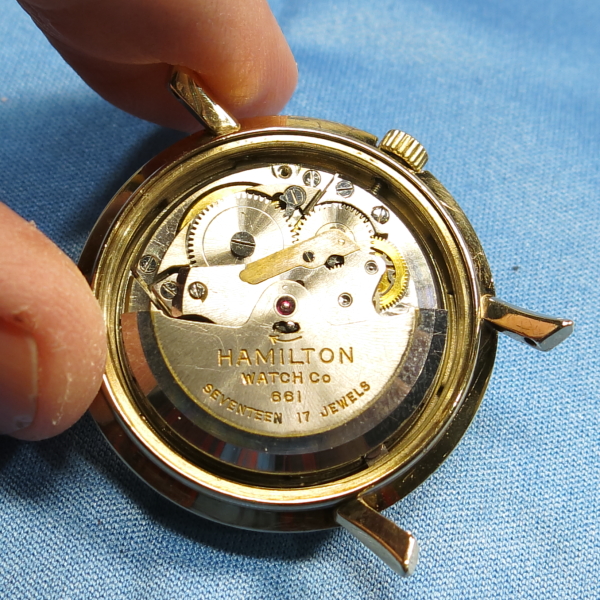 From the side you can see the faceted details on the bezel.  This crystal is the wrong style and way too tall.  A lower profile crystal will look much nicer. 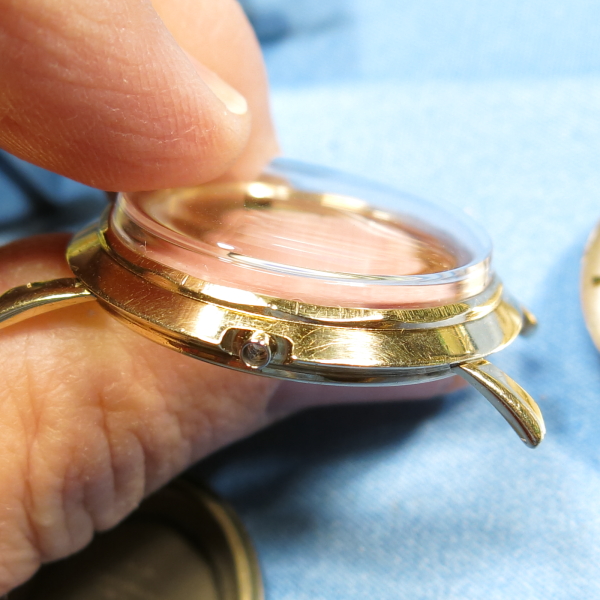 Silhouette hands might look cool in the dark but they take their toll on the dial surface and this dial has been refinished at least once in its life.  They did a nice job though and even included the SWISS at the bottom. 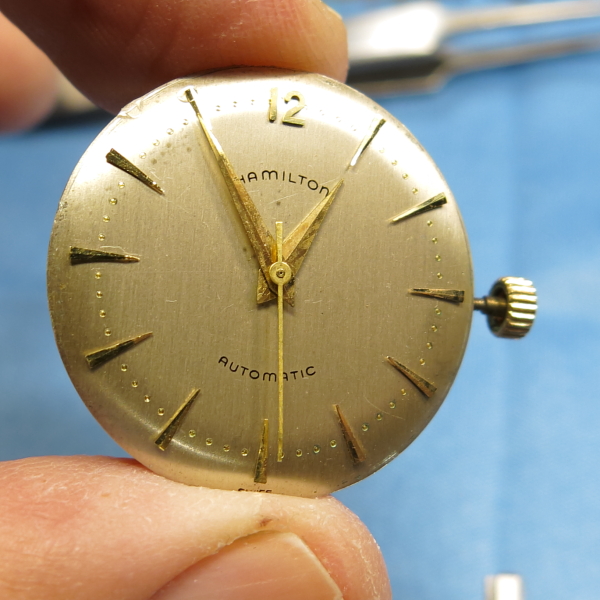 Well, here's the reason for the watch not working.  The mainspring is broken at the first coil. 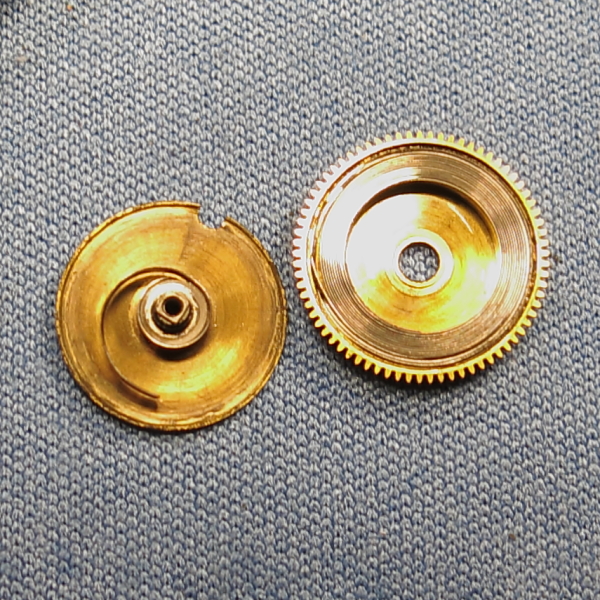 My go-to crystal choice for most round sweep second models without reflector rings is a GS PHD high dome crystal.  28.3mm should do the trick. 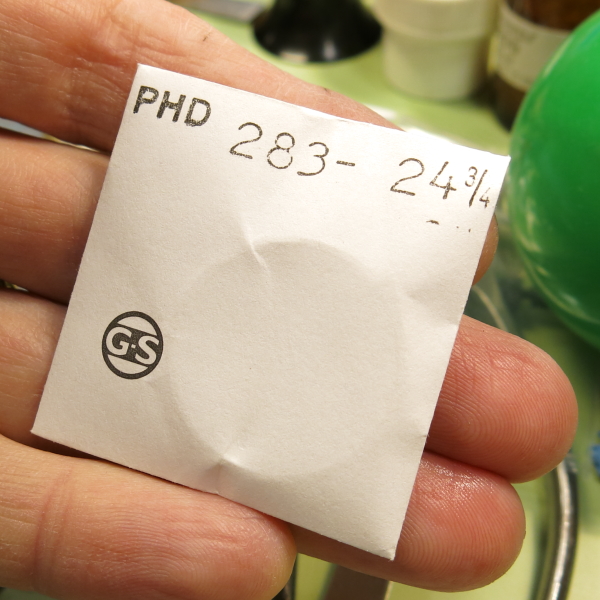 The freshly cleaned and oiled movement is ticking away with good motion.  Now to see that the timer thinks of it. 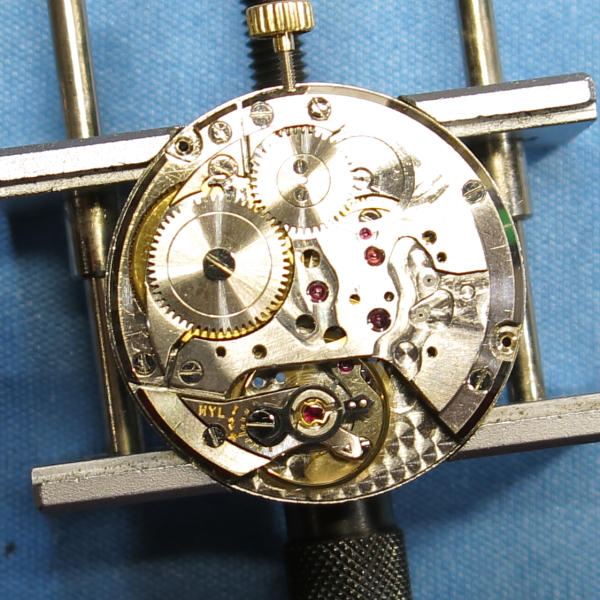 Not bad at all... amplitude and beat error are well within specs. 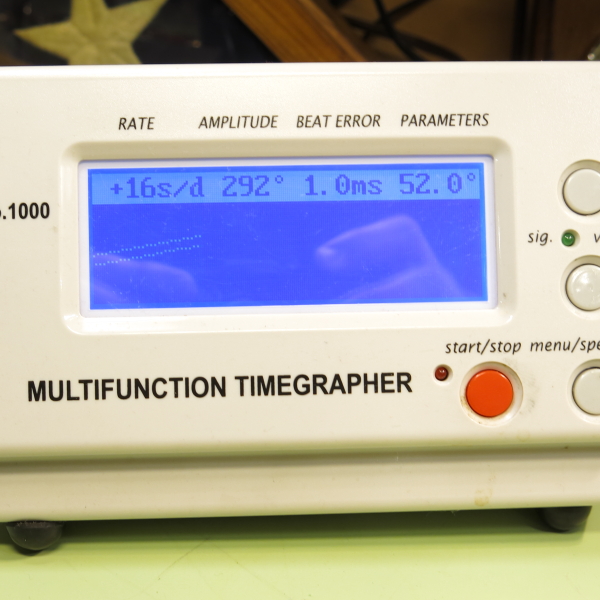 Before I put the rotor assembly back on I will make sure there are two movement clips securing the movement to the inside of the case. 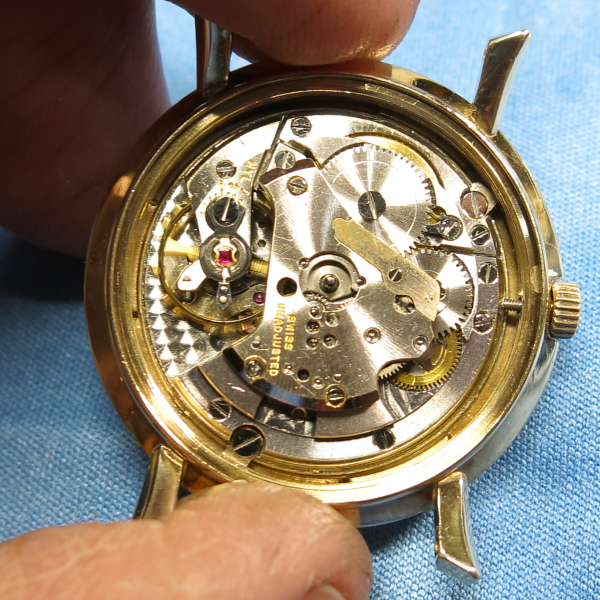 My leap of faith turned out okay.  With two clips to secure the movement, the rotor swings freely and no longer rubs the case back.  My light tent makes the dial look more splotchy that it actually is.  This is actually a very nice looking watch now that it has a lower profile crystal and a fresh alligator strap. 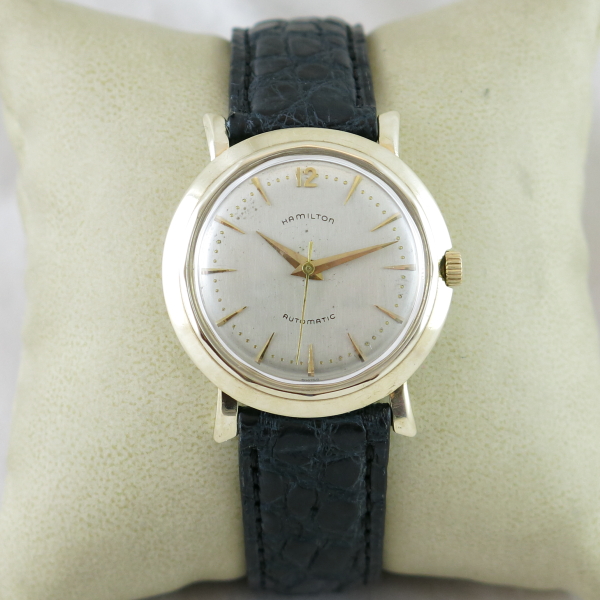