It wasn't unusual in the 1920's and 1930's for men's models to have multiple dial and case material choices.  In fact, some models came in gold filled and solid gold in colors like white, yellow or green gold.  You might even find materials like sterling silver and platinum sneaking in too.  Then you could add the options of black inlaid enamel, applied gold figures and luminous dial options to the mix.  A single model could have 20+ or more possible permutations.

The amount of variety within a specific model decreased over the years but that was made up for by a greater number of model designs being offered.    However, some models still came with options.  For example, the 1960 Thinline 2000 came in both white or yellow gold and you had the choice of white or gold-colored dial with the yellow case or a white or black dial with the white gold case. 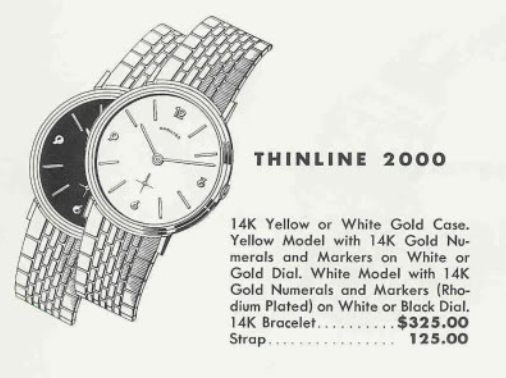 In 1961 the Thinline 2000 offering was reduced to the 14K white gold case only and the only available dial was black.  That means if you see a yellow gold Thinline 2000 it must be a 1960 version. 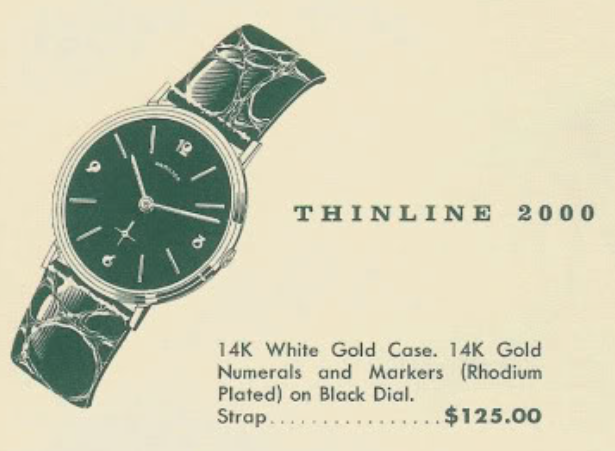 One reason for the lack of variety in the 1961 model year was the phase out of the movements used in  the original Thinline models and the introduction of Buren-based calibers that would be used later in the 1960s.

I don't know if the Thinline 2000 is a "rare watch" but I saw a few for sale at the same time.  Maybe it was just a coincidence.  In any event, I landed one that appeared to be in good shape, albeit with a little lug wear thanks to the metal bracelet. 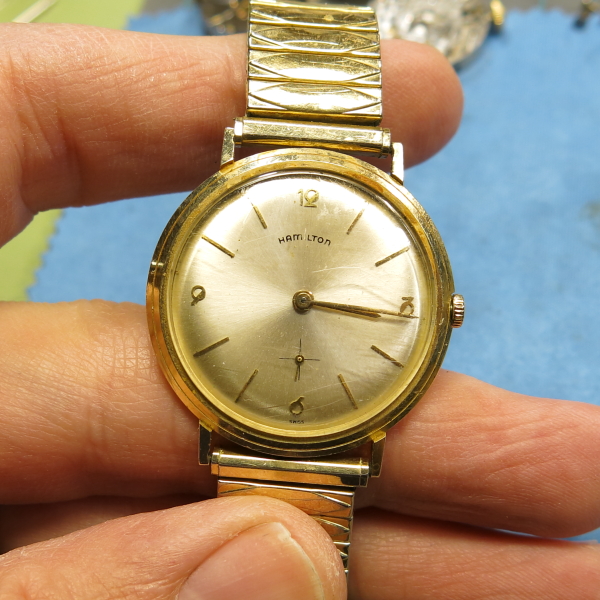 The back of this watch has a presentation from 1962.  This doesn't look like factory engraving though and it probably came from a local jeweler who had the watch in inventory. 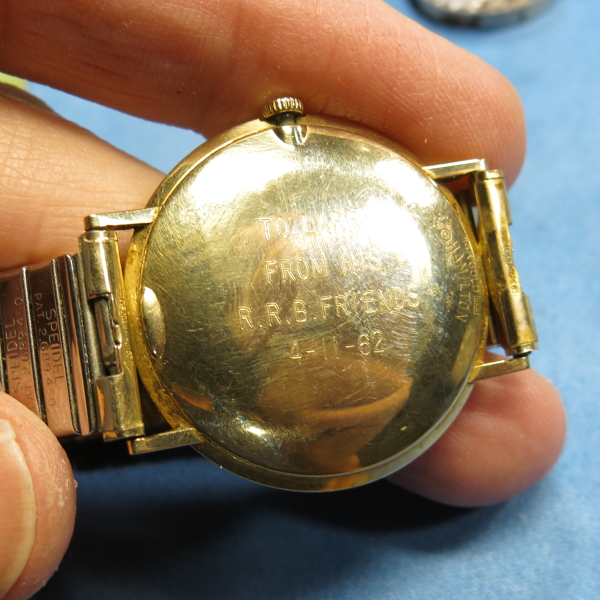 You can tell from the lip on the back of the case (above) that this is a two-piece case and the back pops off.  With the bezel and crystal out of the way, it appears that the dial is in very good overall condition with just a smidgen of crud around the outside perimeter. 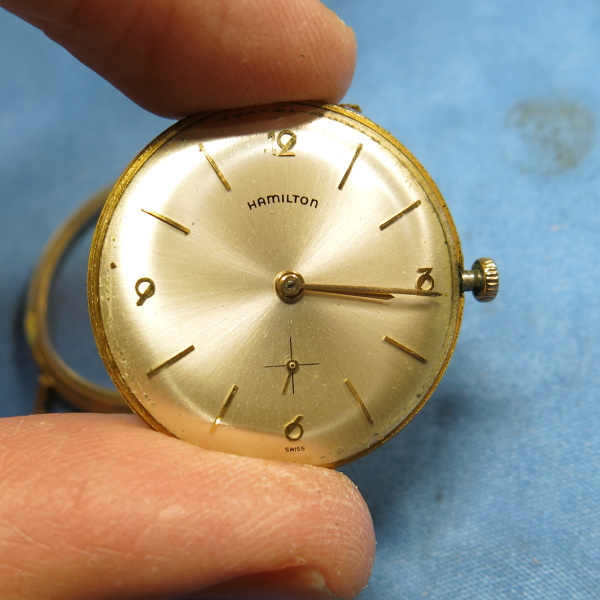 Behind the dial is 17 jewel 676 movement.  This Swiss-made movement is based on an Aurore  Villeret movement.  Aurore was an ebauche-maker from same family as other makers in the ESA Swiss trust. 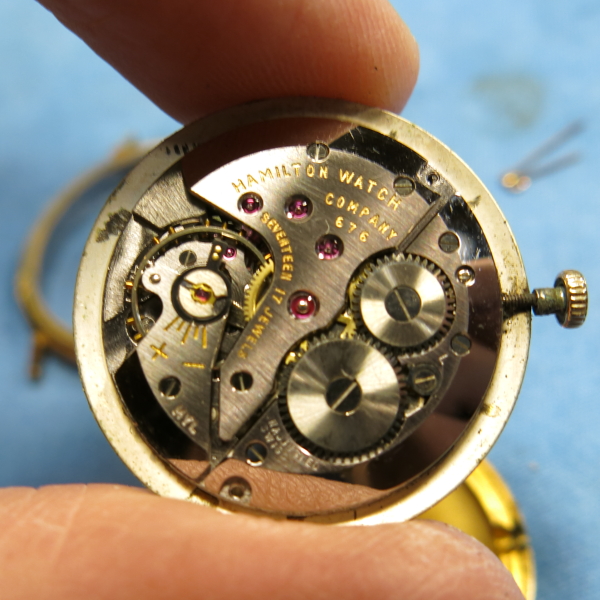 The inside of case back is clearly marked Hamilton W. Co.  You should look for this sort of mark when identifying a solid gold cased model - as without this stamp the watch is likely not an authentic model (1930's models excluded). 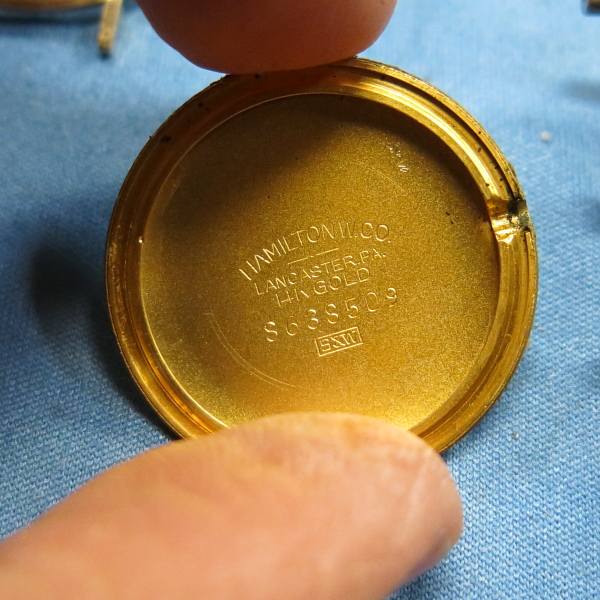 While things are being cleaned in the ultrasonic I will measure the beat up crystal so I can pick out a replacement.  29.4mm is the current diameter. 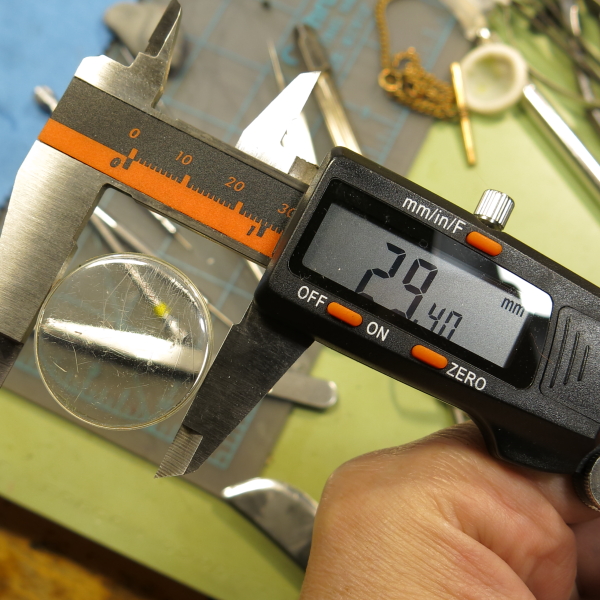 Since the watch has a very low profile I will try a PK-style crystal.  29.3mm may be too small but I'll give it a shot before going larger. 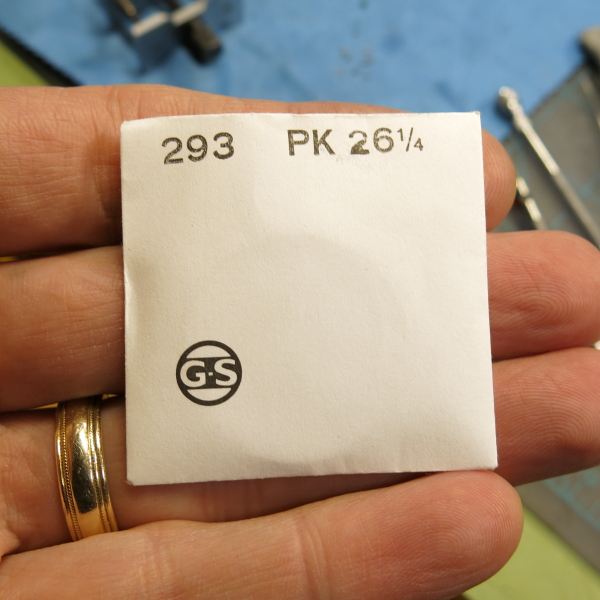 Everything is cleaned and dried.  The most challenging aspects of this movement are the balance jewels.  They are about half the size of the jewel setting that the ETA movements use so they are extra-easy to lose. 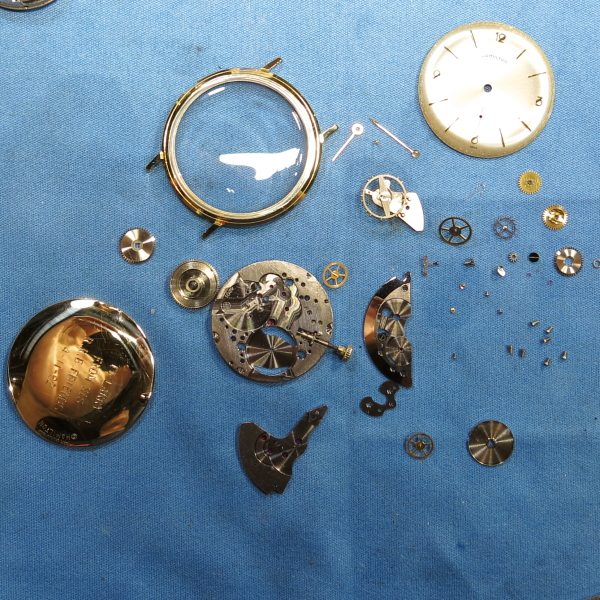 The reassembled movement is ticking away with a nice motion.  Time to see what the timer thinks of it. 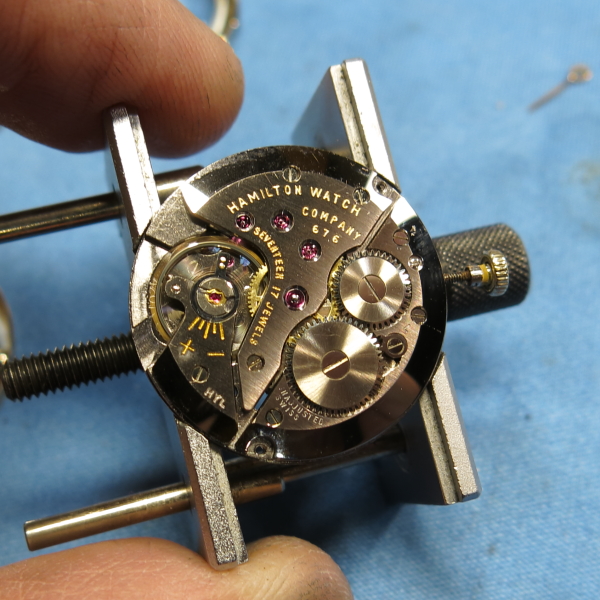 Not too bad at all.  I'll leave it running a little fast for the time being but the rest of the specs look great. 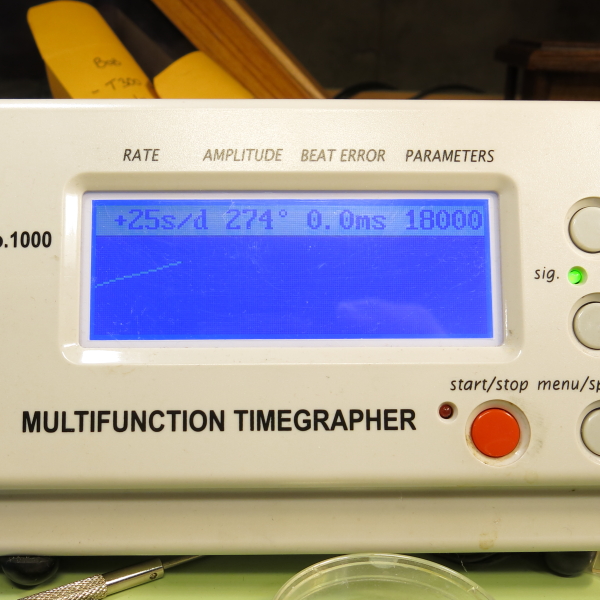 A new crystal and a fresh alligator strap bring this 58 year old watch back to showroom condition.  This is a great looking watch... it's very sleek but it's also a good size.  It measures about 34mm wide, which is a large size for a vintage watch. 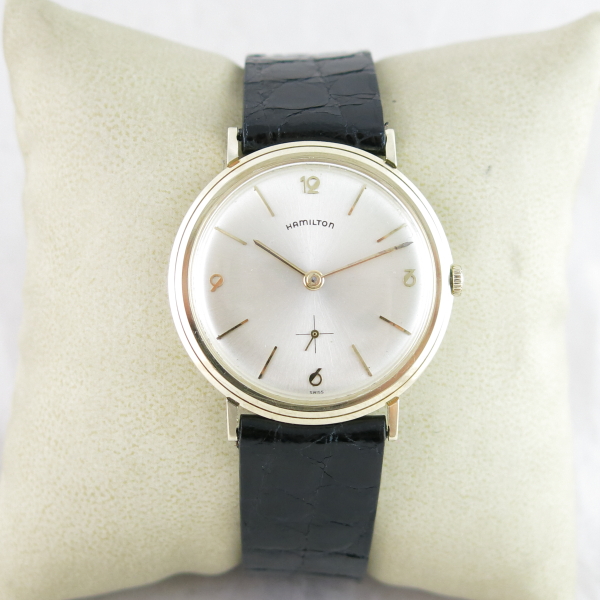