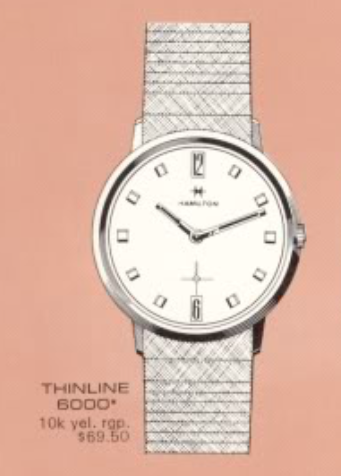 The Thinline 6000 was the first Thinline model to be offered in 10K rolled gold plate, which is a little surprising considering there were models in solid gold, gold filled and stainless steel made throughout the 1960s.  One detail that's not apparent in the catalog depiction is the dial on the Thinline 6000 is textured with a parchment-like appearance.

I recently picked up a Thinline 6000 and it caught my eye because of the interesting markers at 12 and 6 that have numbers engraved on the markers.  There are a couple of other models with similar features but that's pretty unusual and a classic 1960's look.  I took a little bit of a leap of faith when I bought it though, as the crown was off and I could see the rusty nub of the stem still attached to it.  I wonder what the movement looks like inside? 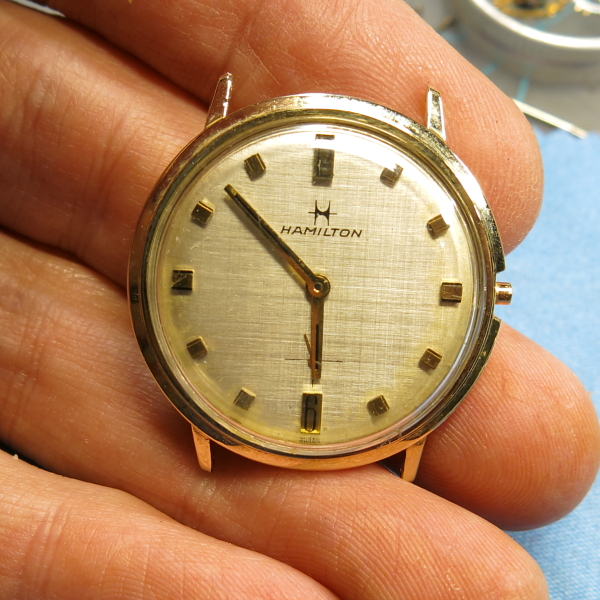 Looking closely at the female-side of the stem, it's fairly easy to say that this stem will need to be retired.  I doubt it will grip the male hub tight enough to not come off when you set the time. 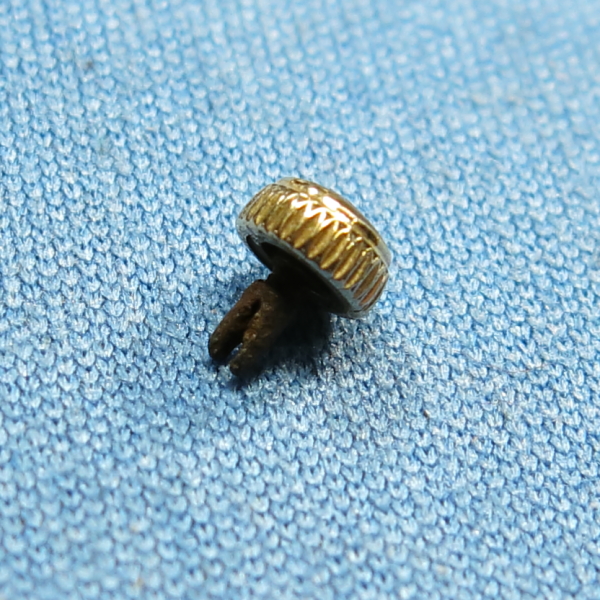 Fortunately the movement is not a rusty a mess.   I got a little concerned when I saw the finish on the perimeter of the dial was toned by moisture.  I was glad to see the 17 jewel 639 movement appears to be in good shape. 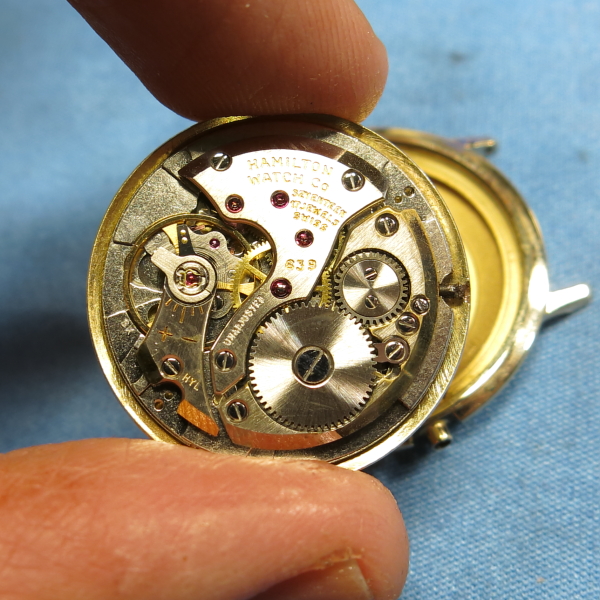 The Thinline movements might be the easiest movements to work on.  They have the fewest parts and the shock jeweled balance staff is very forgiving.  Everything gets taken apart and thoroughly cleaned. 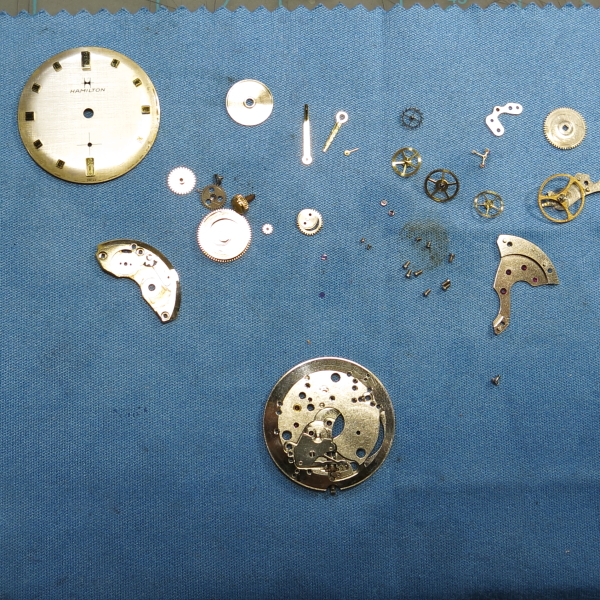 Close observation of the crown shows that it's worn out too.  So not only is it time to toss the female stem, this crown isn't worth saving either. 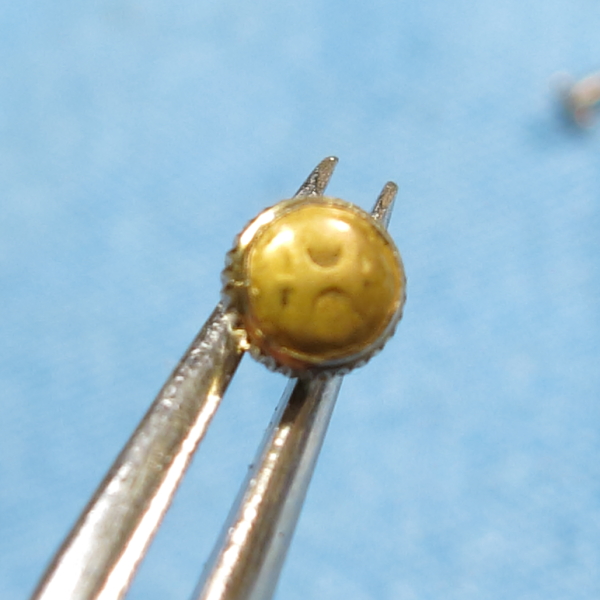 I decided to replace the male-side of the stem too and in the shot below you can see how the two sides mesh together to allow you to wind the watch and set the time, while also allowing you to separate the two sides so you can get the movement out of the one-piece case. 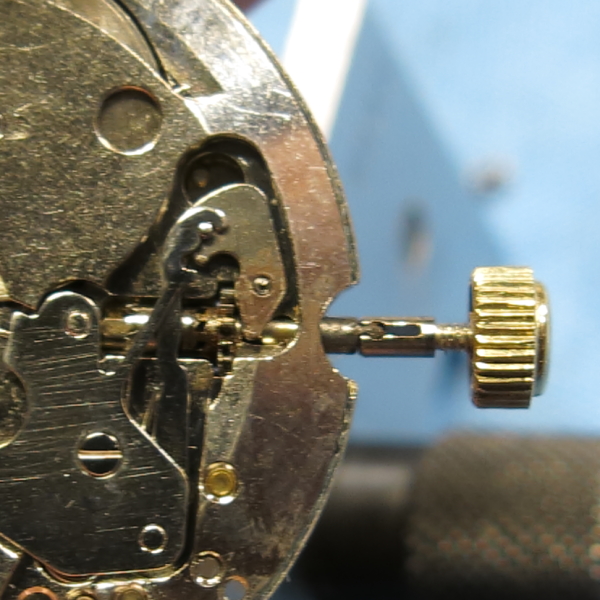 The reassembled movement is now ticking away and is off to the timer to see how well it's working. 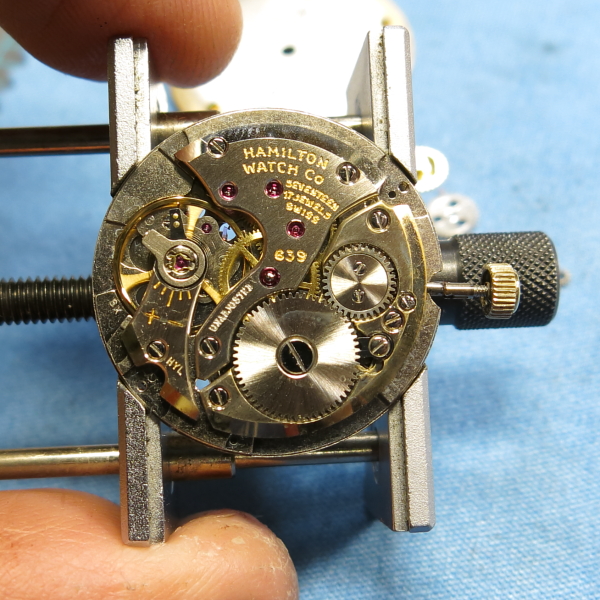 Whoa!  I didn't expect to see this... its running super slow and with low amplitude. 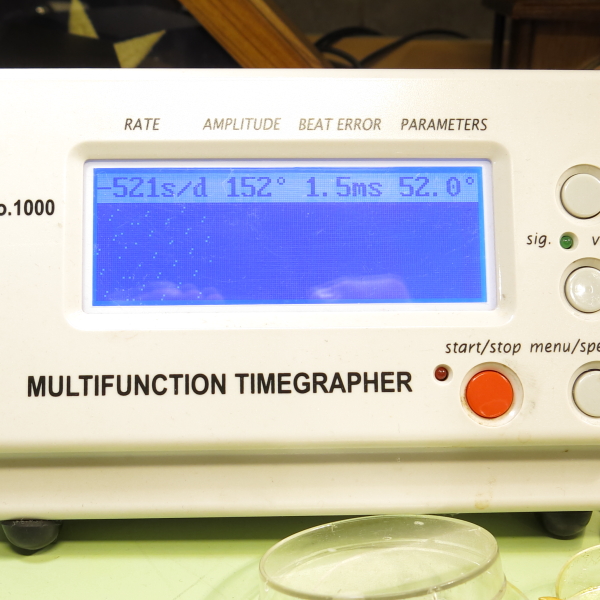 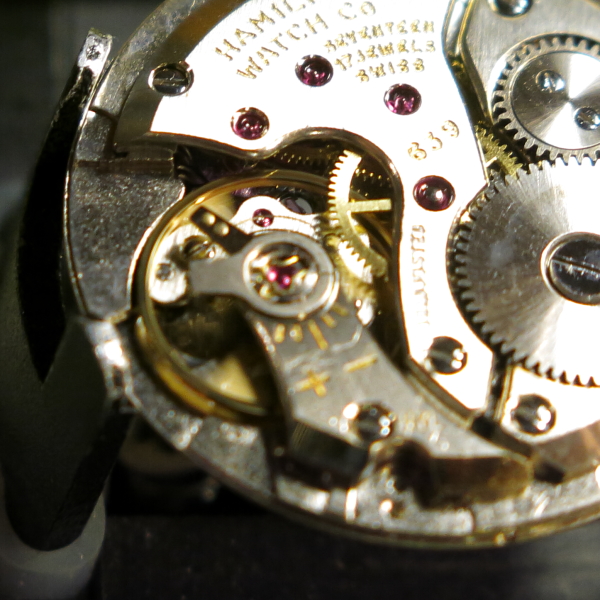 Okay - the beat rate is pretty good now but why is the amplitude so low?  That could be related to the barrel, or one of the balance cap jewels is upside down, or there's crud in the train somewhere. 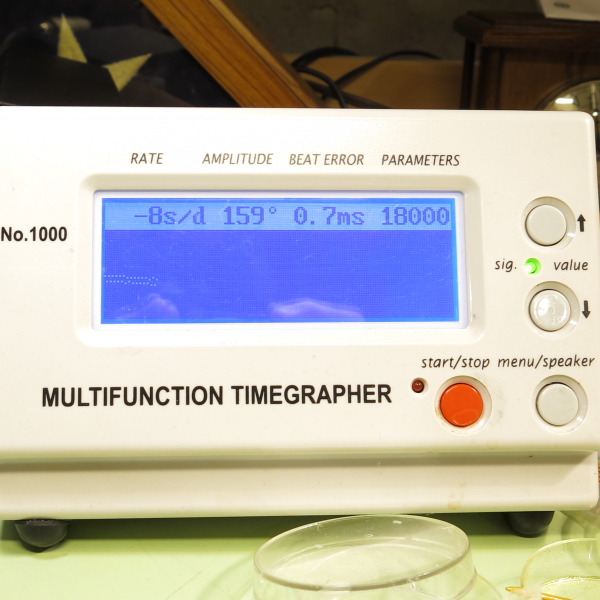 It seemed to take every trick in the book and I eventually realized that the hairspring looked a little out of flat.  So I removed it from the balance cock and very carefully checked every coil.  Once I reinstalled it I was able to fine tune the beat rate and beat error.  The amplitude is now well into the mid 200's and is very healthy. 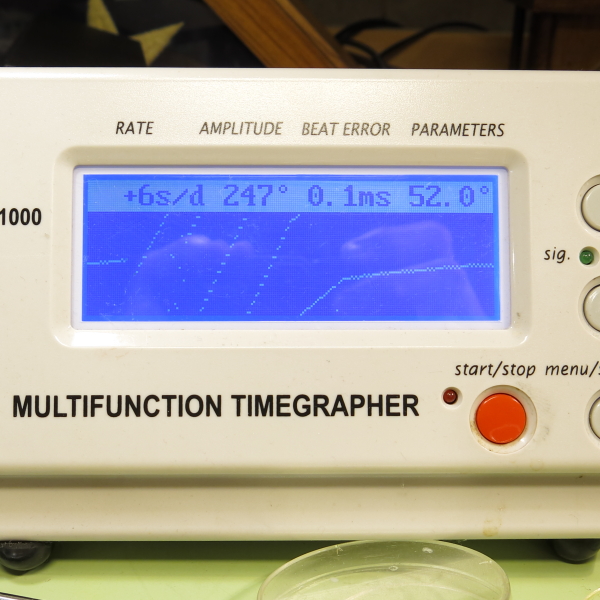 A new 29.4 mm diameter crystal will help secure the movement in the case and hopefully keep moisture out. 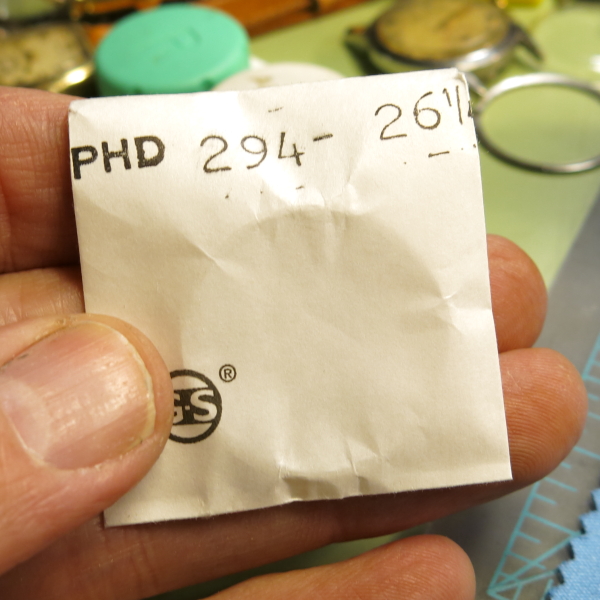 If you look closely you can see a slight yellow tinge on the right side of the dial but it's really not that bad - especially if my merciless light tent didn't accentuate it.  Paired with a fine alligator strap, this Thinline 6000 is looking very sharp and is definitely ready for some more wrist time. 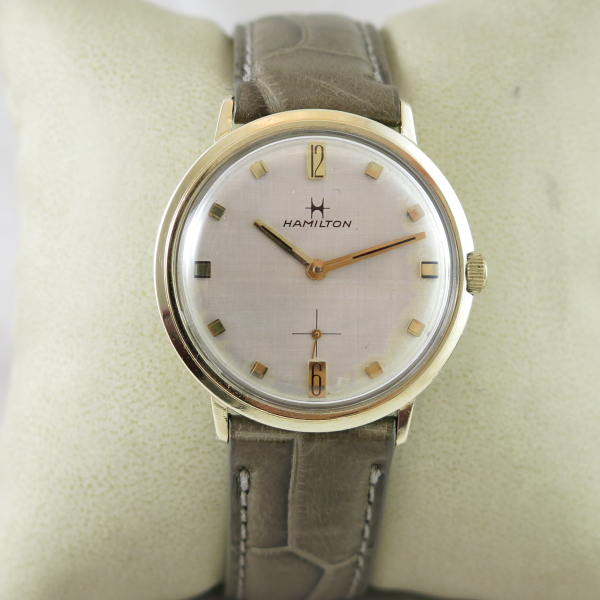