You could build an impressive Hamilton collection by just focusing on the Thinline models.  Of course your collection would be primarily 1960's watches.  Only two of the 83 different Thinline models are from before 1960. 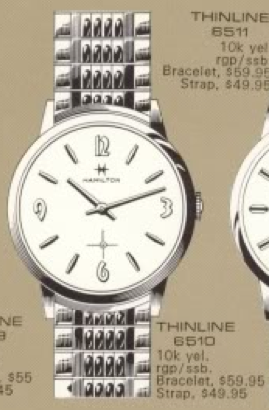 Behind the dial is a 17 jewel 639 movement.  The 639 is a Swiss-made movement made by Buren.  When the 6510 was introduced Hamilton owned Buren and used quite a few of their movements in "thin" watches like the Thin-o-matics, many of which used Buren's micro-rotor automatic movements.

After about 275 posts to my blog you might suspect that I have a Thinline 6510 project watch - and you'd be right.

As received, it was in "okay" shape.  It would run but the crystal was beat and moisture had gotten into the dial. 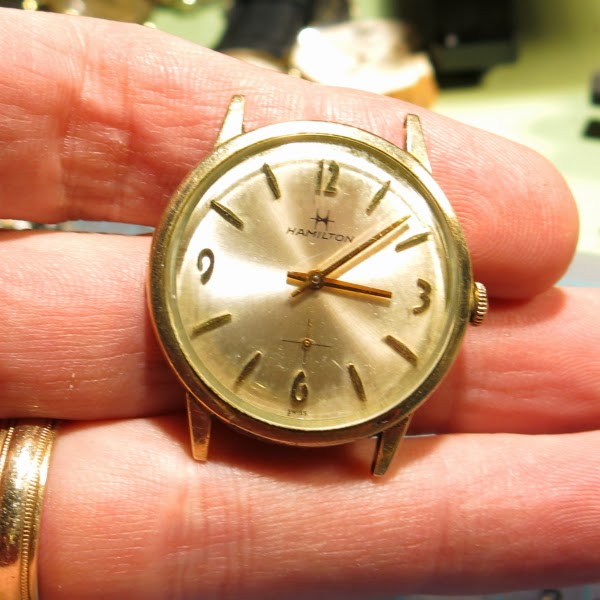 A quick inspection of the case revealed a gap on the side that indicates the stainless back will pop off the bezel when I insert my case knife. 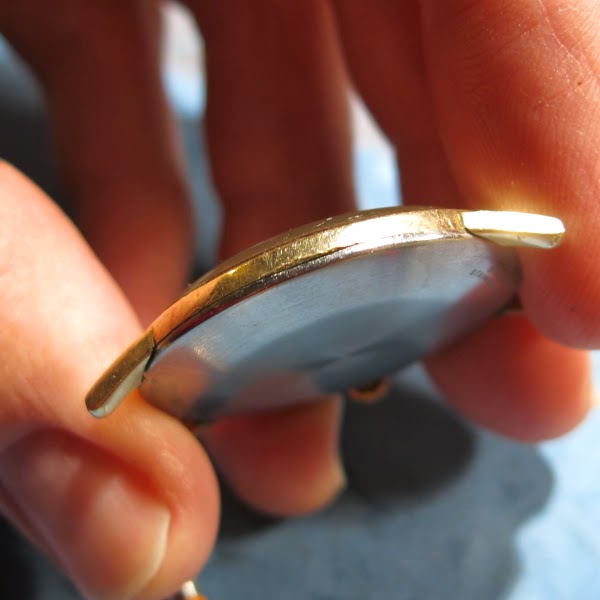 With the crystal out of the way the moisture damage is more readily apparent.  This type of dial finish is called a "radial finish".  I've never gotten this type of dial redone but I'm sure it can be refinished if needed.  The good news is the field of the dial is still sound - so a little gentle cleaning might improve it's appearance.  But I'm not optimistic… this isn't dirt, it's compromised lacquer. 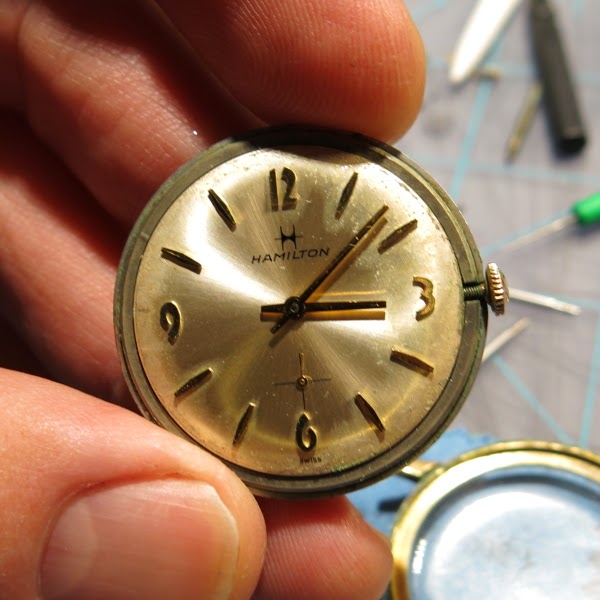 The 639 movement is a little dirty but it should clean up well since there's no rust (thank goodness). 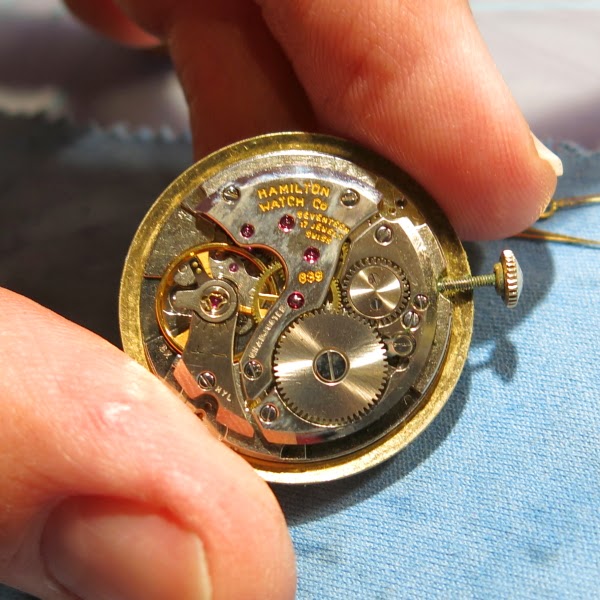 The movement "gave me fits" during reassembly and it took me quite a while to get it to run cleanly but I eventually got it.  The 673 has an adjustable hair spring stud location so I was able to fine tune both the beat rate and the beat error. 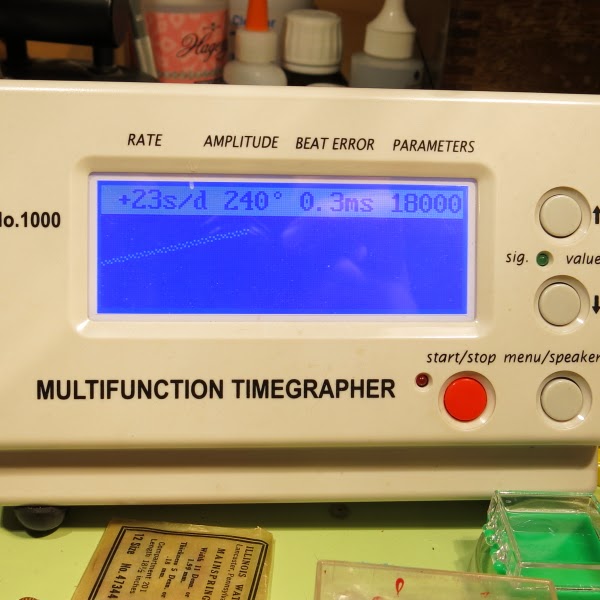 Well, here's the finished Thinline 6510 on it's pillow shot with a fresh crystal.  The dial is "fair" - it got a little better with gentle cleaning so it doesn't look terrible but it's definitely not perfect (or even really good).  The rest of the watch is very nice though so I may do some research on who can refinish radial dials.  It should be straightforward as long as they have the print for the Hamilton logo and font. 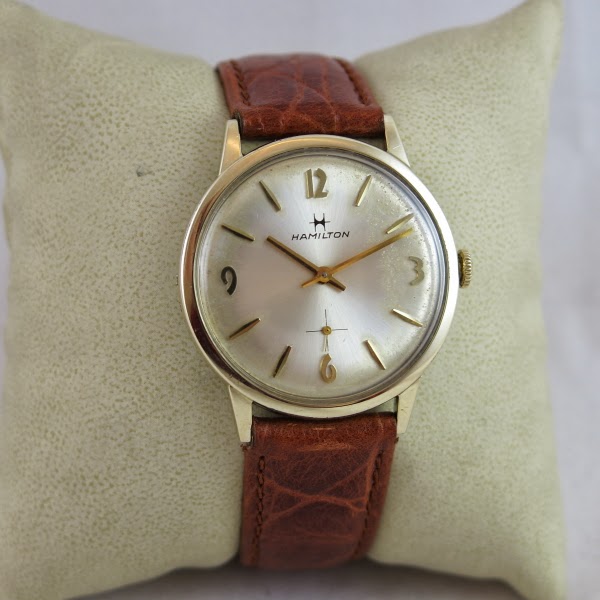