Hamilton's wrist watch line-up really expanded at the end of the 1920's with several new models that had pretty long production runs.  Some of these watches were fairly large for their time and even wear well by today's standards... okay, maybe not that big, but presentable anyway.

Take for example the 1930 Gladstone.  Some price lists show the Gladstone as early as 1927 but I think they first appeared in Hamilton's catalogs in 1930.  They were available through 1934.

The model came in green gold fill and white gold fill.  Green gold is an alloy with other metals added that give the gold a greenish tint.  It's sometimes very hard to tell green gold from yellow gold and  models came in all three colors.  Often the easiest way to tell them apart is side by side.

However, for the Gladstone it's not a problem - as they're typically only green and white.  Hamilton made over three times as many white gold filled examples, with a ratio of approximately 16,500 white to 4,600 green.  Catalogs show that natural (yellow) gold was available in the later years but I think they're pretty rare in yellow.

Dials came in luminous as well as black enamel.

The case is a three-piece case with an engraved center section, back cover and plain front bezel.

Here's a couple of wrist shots of my two examples, first green and then white. 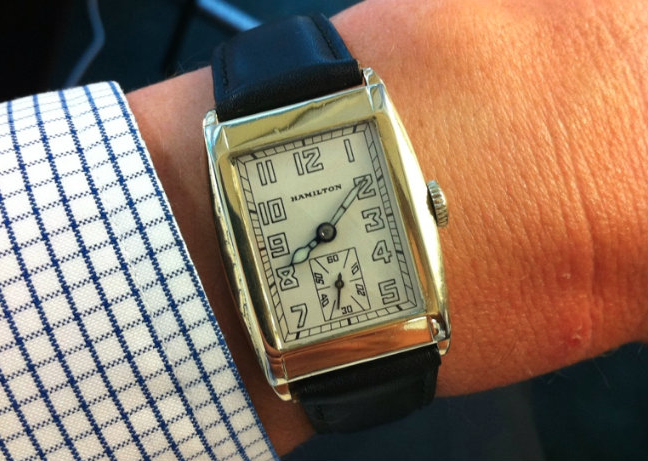 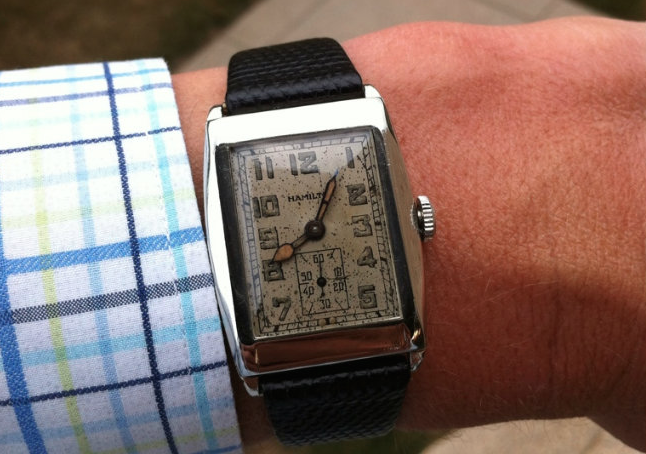 and check out this sweet engraving... "they don't make them like this anymore". 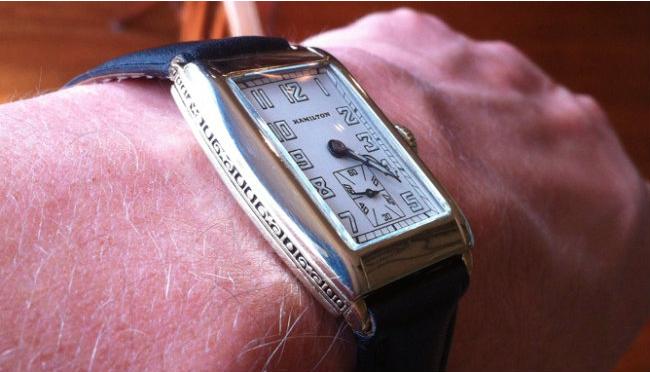 Now I just need to find one of those enamel-dialed versions...
Posted by HandyDan at 1:31 PM