In 1948 Hamilton introduced the first of several new watch models in the "CLD" line.  CLD phonetically spells out "sealed" and the CLD models featured a series of gaskets that brought environmental protection of a watch to a whole new level.

The first CLD model was the Brandon.  It was produced through 1951.

The earliest models had flexible lugs and only 1948 models offered this design.  In the following years, the lugs were shortened and fixed to the case.  So there are a couple of case varieties in the Brandon line to look out for. 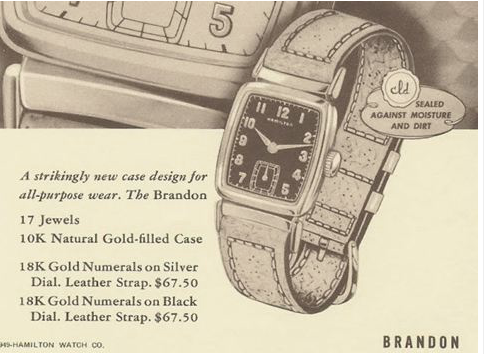 The 1949 catalog has a nice description of what's behind the CLD brand... basically it's a series of gaskets... around the crystal, around the bezel / case opening and around the crown / case.  The watches were not marketed as "water proof", just sealed against moisture and dirt.

Typically most CLD models are a two piece case with the bezel and crystal mounting to the main case and the stem is a two piece design.  The movement and dial come out from the front, instead of from the rear as with most other period designs. 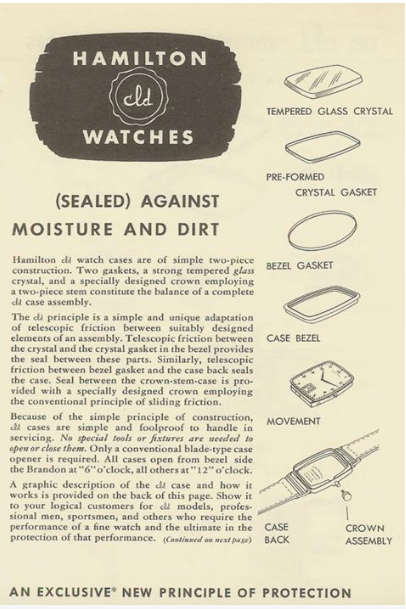 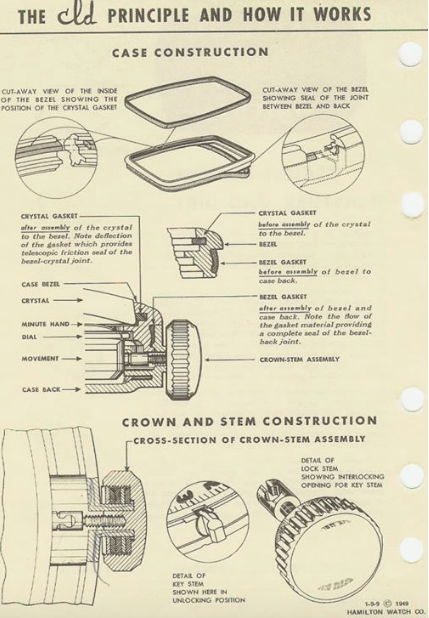 Of course, after 60 years the gaskets may either no longer exist or surely have deteriorated.  So, like all vintage watches, you should keep them away from wet environments.

Here's a few shots of Brandons I've enjoyed in my collection.  First, here's a black dialed Brandon with fixed lugs. 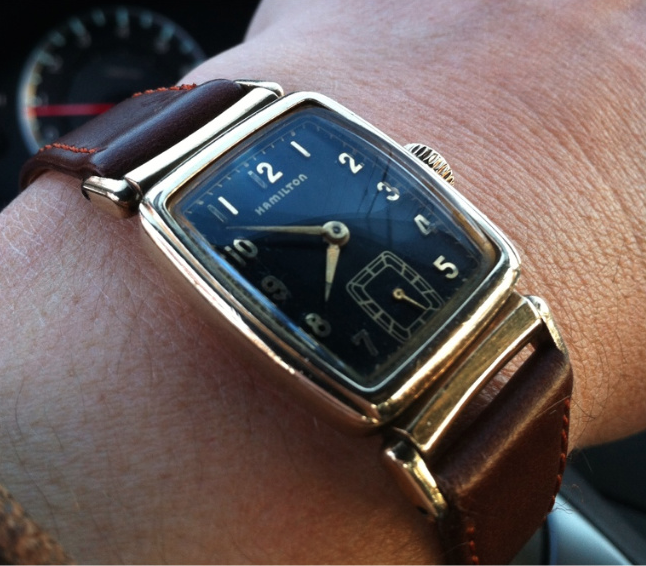 and here's a 1948 white-dialed version with the flexible lugs... 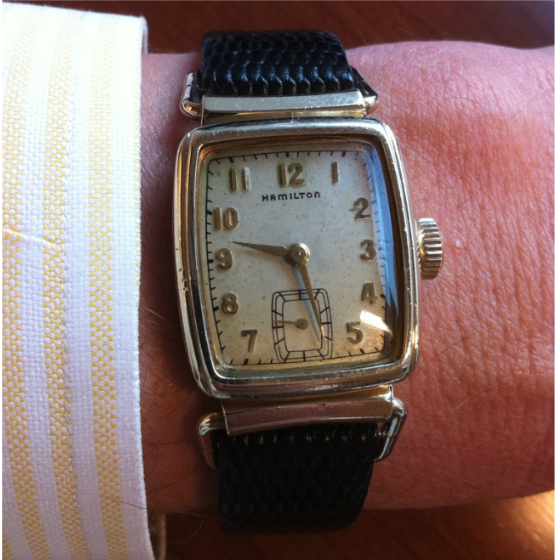 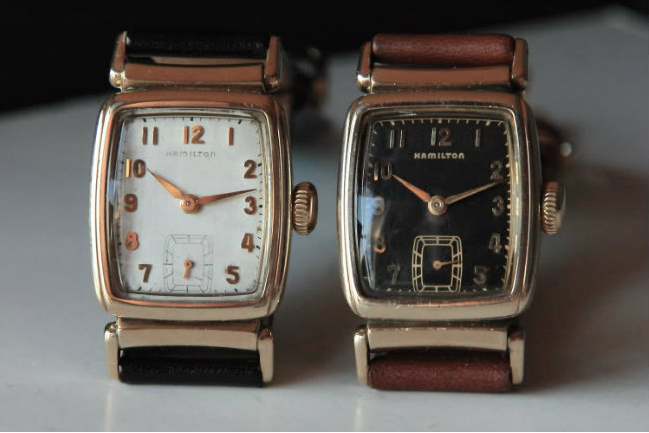 And just for fun, here's a common mistake that every collector makes... and that's figuring out how to put the strap on.  "Does it go over the bar or under the bar?"  The funny thing is I should have known better since there are other flexible lug models, but the lugs on this watch were frozen at first so it seemed like this was the only way to put them on - but eventually they loosened up. 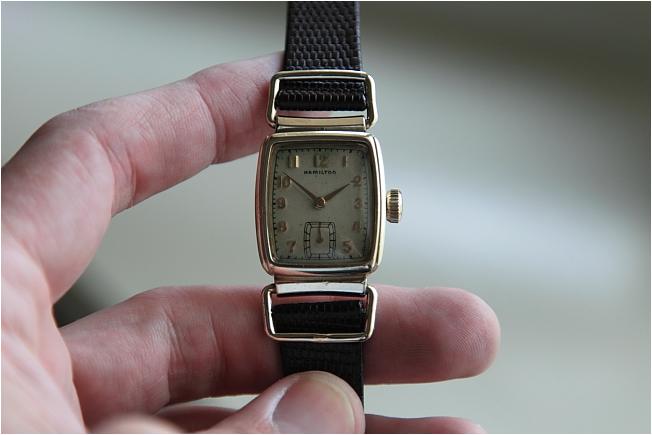 There are quite a few CLD models in the Hamilton lineup and trying to collect them all would present a challenging opportunity.  It would be a nice Hamilton collection though in the end, as various models came in both solid gold and filled gold as well as manual and automatic movements.
Posted by HandyDan at 4:58 PM