My very first Hamilton wrist watch was the Endicott.  I just loved it's classic style with the rounded case and the rounded sub second register at 6:00.  I didn't know any other Hamilton models at the time but I was inspired, believe it or not, by the wrist watch Donald Duck wore in a Disney cartoon! 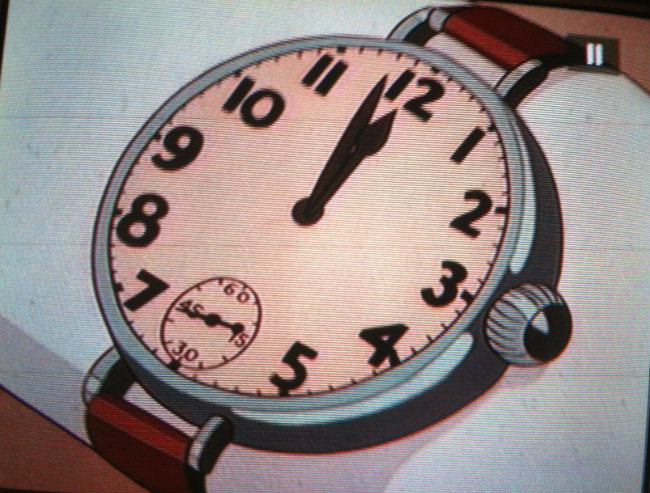 The Endicott was introduced in 1938 and ran through 1948.  It was a very popular model and is easily found in the most common dial patterns - mainly the 2nd generation Applied Gold Numeral dial.

The earliest Endicott shown in this 1938 catalog ad came with the AGN dial with rectangular hour markers as well as a black enamel dial.

Here are my examples... this first version is arguably the rarest dial pattern.  Notice the rectangular shape of the markers at the 5 minute positions.  It's much more common to see the triangular markers on the second version of the AGN dial. 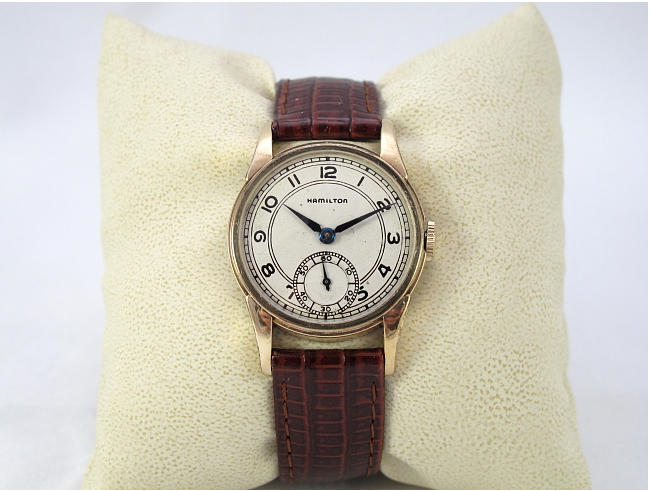 Later the "black zone dial" and luminous dialed options were introduced.  The luminous version uses the same dial pattern as the WWII military models that used the 987A movement. 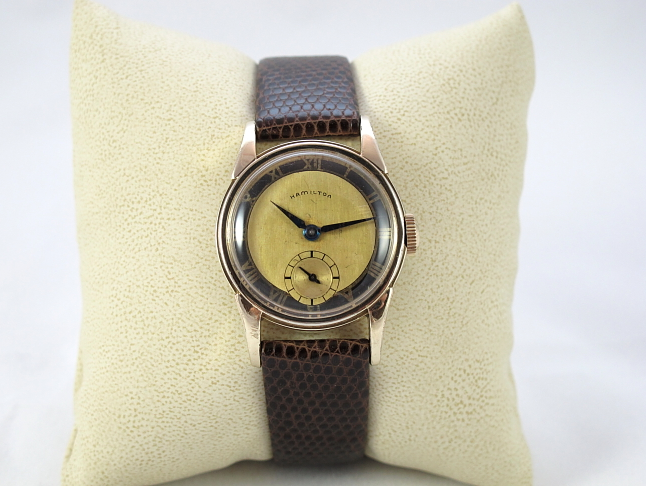 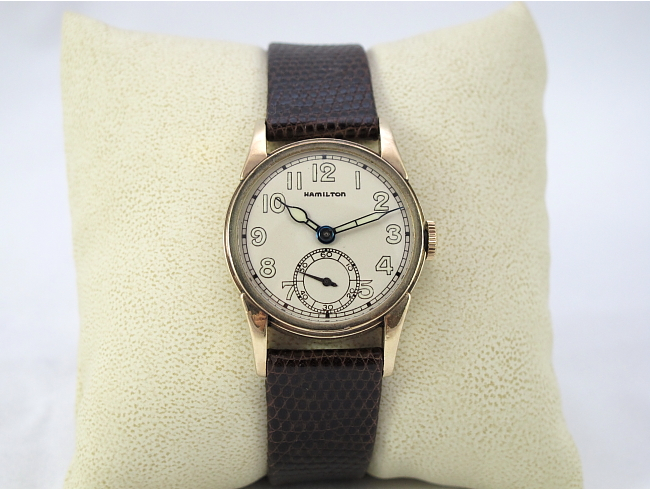 Finally, in the 1940's the AGN dial was redesigned and the hour markers converted to triangles.  The 18K gold numerals are also on a slightly larger diameter (further from the center) than the earlier AGN design. 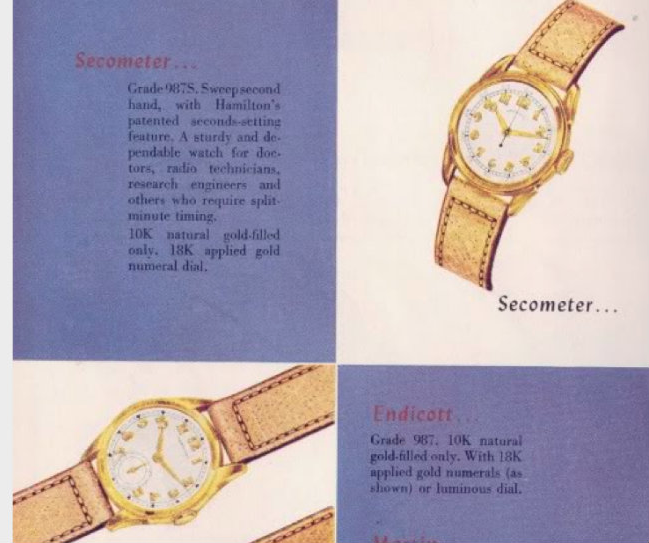 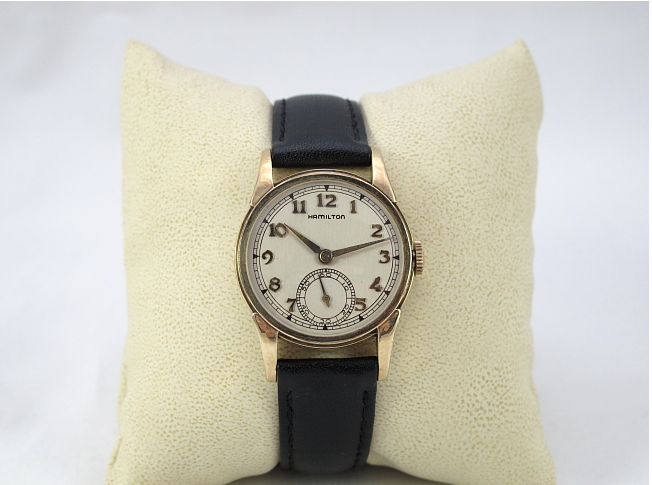 One interesting thing to note is the close similarity to the Secometer from the same period and shown in the above 1947 catalog ad.  Both models use 6/0 sized 987-based movements.  The Endicott used the 987A and the Secometer used the 987S with a central sweep second.

The 987S is slightly deeper to accommodate the additional wheel needed to drive the second hand.  As a result, the 987A will fit into a 987S Secometer case, but a 987S will not fit into an Endicott case.

For whatever reason, it is not uncommon to find an Endicott-dialed movement in a Secometer case.  In fact, it happens so frequently that one is left to wonder if at the end of WWII Hamilton sold these specially-cased variants while production was restored from military to civilian purposes?

Here's an example that I once purchased - notice the difference in the shape of the lugs. 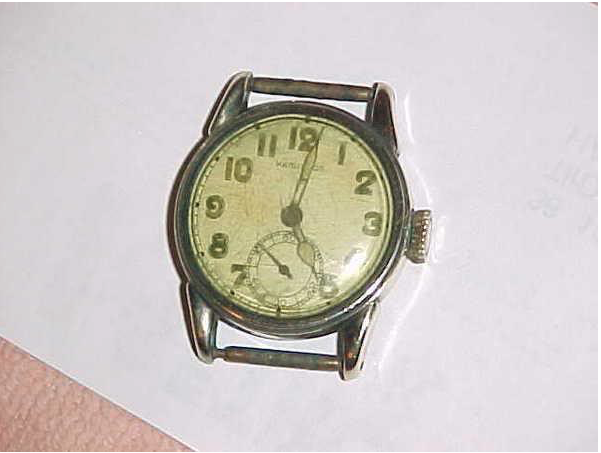 I've accidentally bought "Endicometers" on more than one occasion.

The Endicott is not a very large watch by today's standards.  It's about 1-1/8" wide with a dial about the size of a Quarter.  That said, it's a very classic design that no Hamilton collection would be complete without at least one example.
Posted by HandyDan at 6:31 PM