In 1950 Hamilton introduced the Austin.  Produced for three years, the Austin was reissued in it's last year as the Austin B - although the catalogs don't list it as a B model.

The original Austin had a two-tone dial as shown in this 1950 catalog snip. 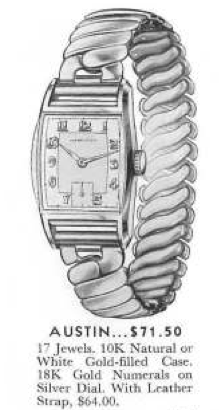 Then the 1952 catalog shows the Austin without the rectangular area and with markers as well as numerals on the dial. 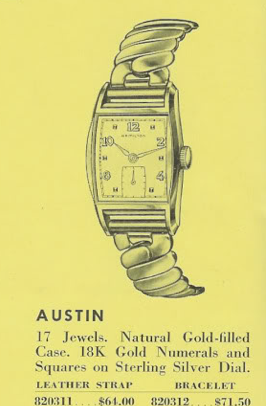 Here's a before and after shot of an Austin I once restored.  Here's before... 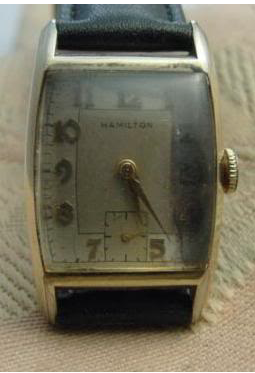 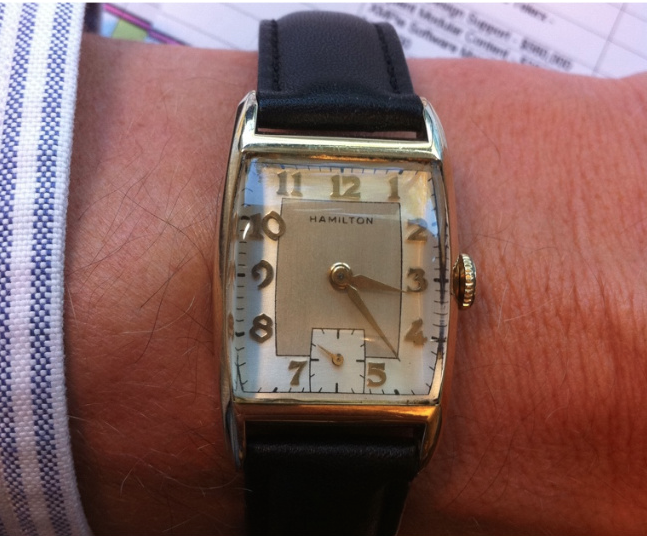 And here is an Austin-B that I used to have.  I sold it as I think the Austin B is a little boring compared to it's older sibling. 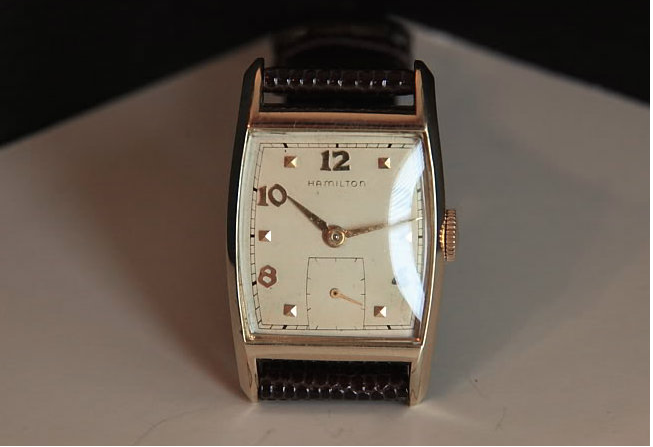 The Austin is also one of several watches in the early 1950's that was available in both yellow and white gold filled.  Here's an example of the white Austin. 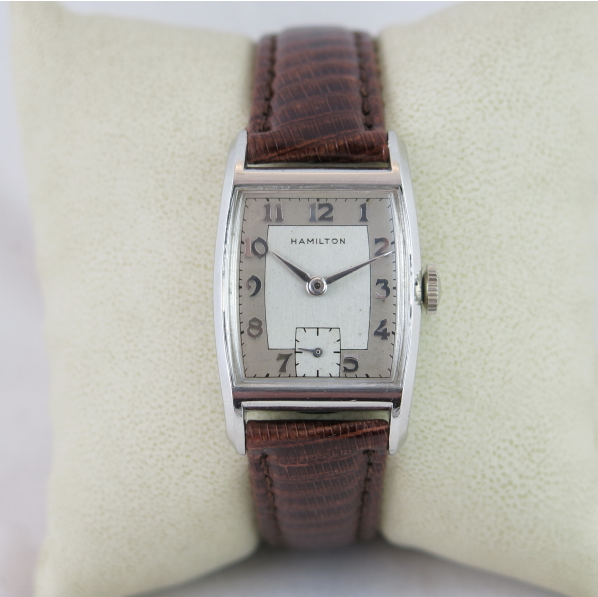