In 1928 Hamilton introduced a series of new watches that dramatically expanded the list of available men's strap watches.  Included in the new model line up was the Hastings.  It would continue to be produced through 1933.

The Hastings was available in both solid gold as well as filled gold, in both yellow or white.

Interestingly, the "exploding numeral" dial pattern shown in the 1928 and 1929 catalogs is either extremely rare, or was never actually produced. 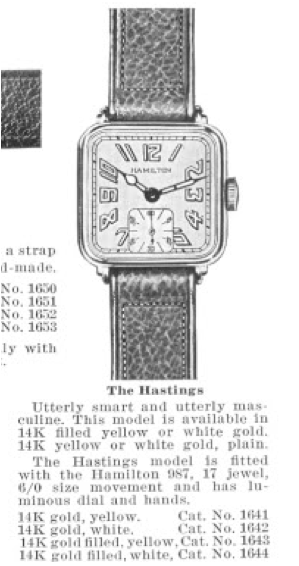 The later catalogs showed the traditional luminous dial pattern for the model, although a black enamel dial pattern exists (but wasn't referenced in the catalogs) as well as a couple of applied gold numeral dial patterns that were purchased from Flukiger, Switzerland and are exceptionally uncommon.  There were a lot of oddities to the Hamilton watches back in this period. 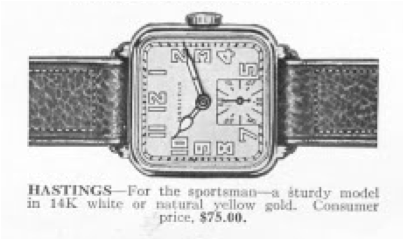 Behind the dial you will find a 6/0 sized,17 jewel, 987 movement in the earlier models or a 987F in the later models.  Either movement is just as likely to be found but a 987E or 987A would surely be a later replacement.

The Hastings is very similar to another period model called the Greenwich (see my earlier post).  The main difference between the two models is the bezel shape.  The Greenwich's bezel is thicker and has steps to it while the Hastings is thinner and has a single rounded contour.  The watches are basically the same size but the Greenwich appears a little smaller since the thicker bezel requires a slightly smaller crystal.

The vast majority of the time you will find the watch with an older luminous dial and hands.  Sometimes they can look pretty rough and it's really a judgement call when and if to refinish an old dial.

My personal opinion is "it depends".  If the dial and hands match nicely and there's no glaring distractions, like dark spots or damage, then I lean toward originality.  If the hands don't match or the dial is on the ugly side, then I prefer to refinish.

Here's a before and after of a Hastings that I restored for my personal collection.  Note in this before shot that the luminous material on the dial and hands doesn't match and the dial is very spotted, especially on the right side. 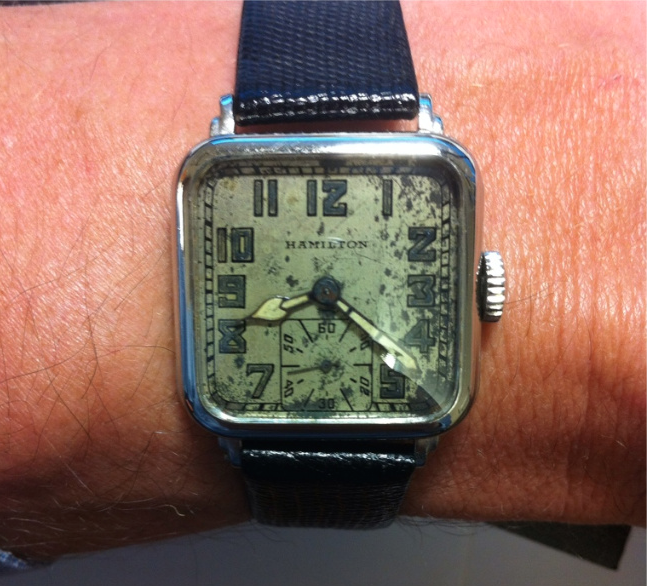 Afterwards, this watch looks crisp and is a striking improvement. 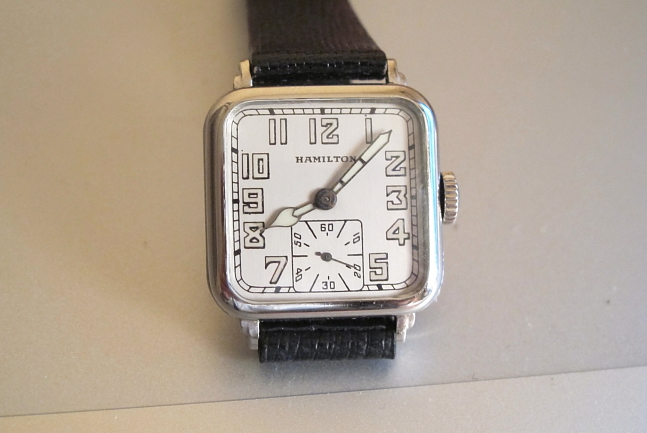 Here's another "after shot" of a different Hastings that I restored for someone else.  I've done several of these Hastings over the last couple of years and every one of them has been in white cases.  In fact, I've never personally seen a yellow version. 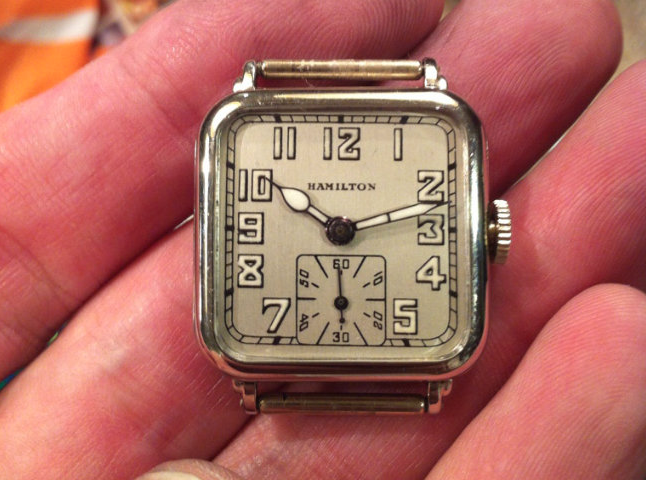 But, just to prove that the yellow ones do exist, here's a photo of a yellow Hastings with the black enamel dial - a really nice example in my opinion - courtesy of my friend, Tom Diss. 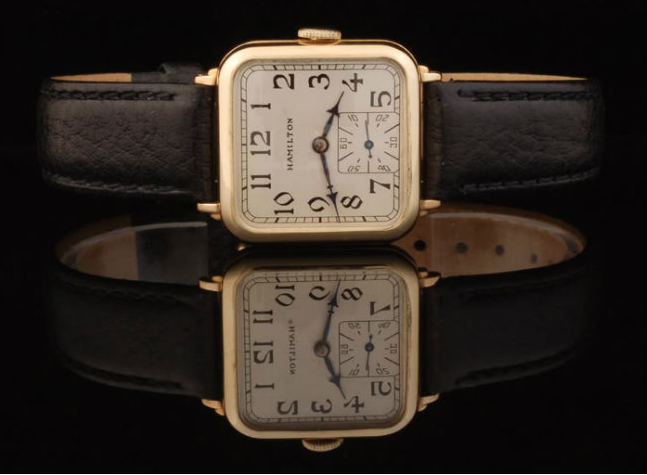