I like the 1951 Hamilton Jeffrey because it shares the same name as one of my best friends... the sort of friend you can go years without seeing but immediately take up where you left off the moment you see them again.

The Hamilton Jeffrey was produced until 1953. 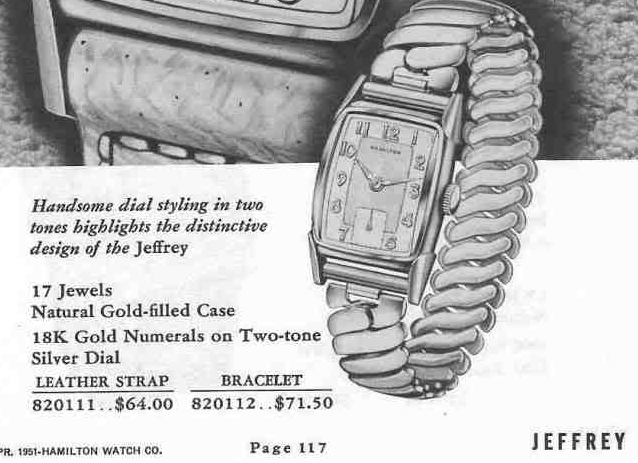 The Jeffrey also bridges two periods of 17 jewel movements.  It started out with the 14/0 sized 980 movement and when that was discontinued it received the 12/0 sized 752 movement.

Like similarly shaped models, the Jeffrey will often show wear to the ridges of the lugs, as well as on the case back.

It's a nice looking model in my opinion, especially with the two tone dial. 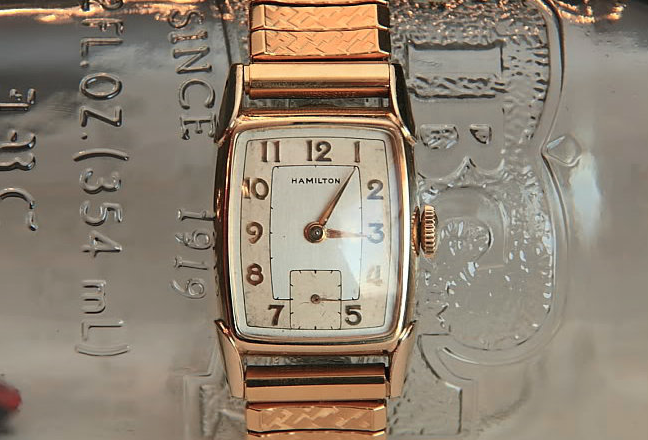