In the late 1950's and early 1960's Hamilton introduced a variety of "space age" watch designs that coincided with the United States' space program.  These watches are known as "Asymmetrics" and they often got space-inspired names (but not always).  Most asymmetric models also featured the electric movements like the 500, 500A or 505.  However, there are also a few asymetric models that featured mechanical or automatic movements.

A good example of a mechanical asymmetric is the 1959 Thor.  It was only produced for three years and was discontinued in 1961.  However, a similar model, the Thor II was introduced in 1963 and produced for two years. 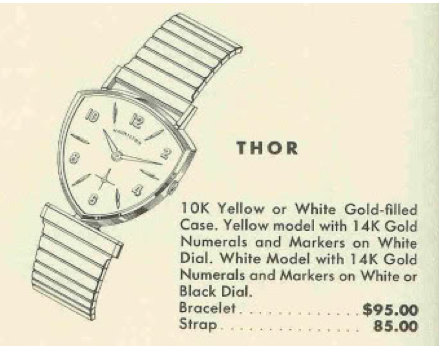 The original Thor came in a gold filled case in either white or yellow gold.  It also featured the 22 jewel, 12/0 sized 770 movement.

The Thor II is very similar except the dial only has numerals at 12, 3, 6 and 9 (in a different font design) and under the dial is a Swiss-made movement.

Here's a couple of wrist shots of Thors - the first is a yellow model on my relatively hair-free arm.  The latter is a white model courtesy of the apparently much hairier, Tom Diss. 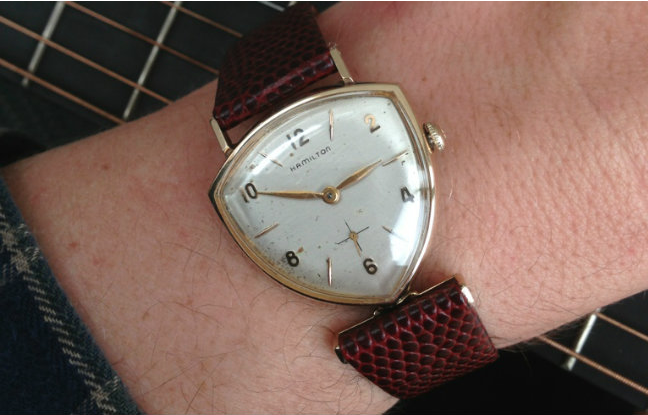 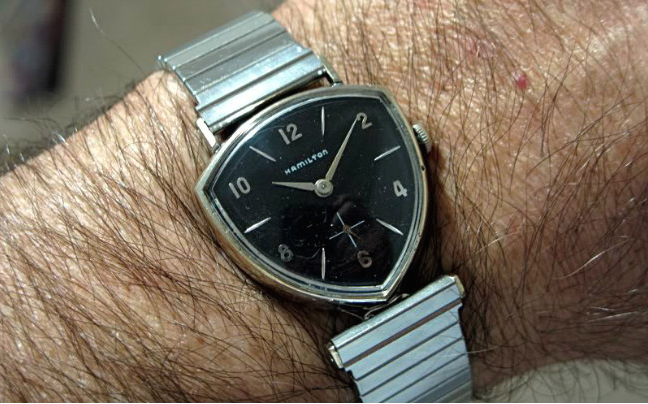 And here's a nice example of a Thor II courtesy of another Hamilton-collecting friend, Dave McCamon 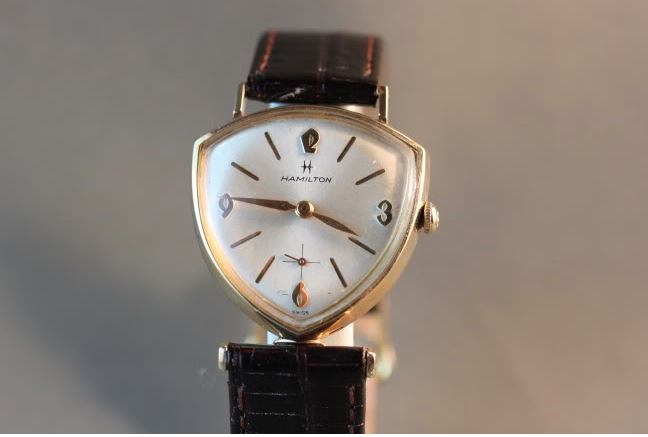