One of the really interesting aspects of Hamilton watches from the 1950's is the variety of innovative and unique designs that were introduced.  One good example is the 1956 Cross Country II.

It was only produced for two years. 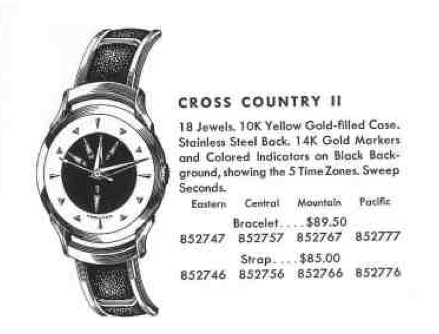 It's very similar to two other models made during the same period, the Transcontinental A (10K gold filled case) and the Transcontinental B (14K gold case).  Both of those models use a rotating disc to represent the hour hand but they use a graphic of the United States and Great Britain to indicate the time zones. 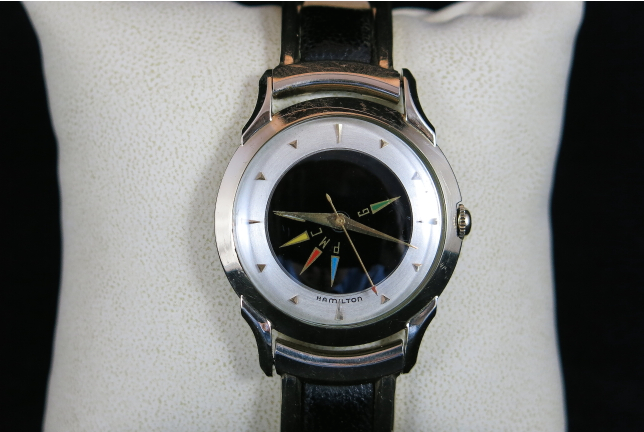 This Cross Country II also has it's original bracelet - a rare find! 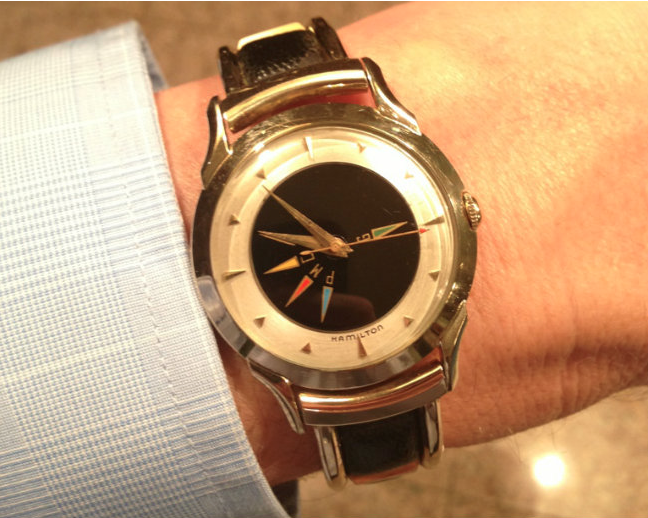