When it rains it pours.

So far this month I've had three watches that I can't specifically identify.  Of course, after almost 400 posts most of the more common varieties have already been written about.  So I'm going to have to find things that are a little less common if I'm going to keep the blog going.  There are over 1,100 models though - so I should be able to keep busy for a little while longer.

Most of the mystery watches I have come across are obviously 1960's models.  As I recently learned, Hamilton produced a series of the men's and women's models with M and F designators.  These models were produced from 1961 through 1967 but not a part of the regular Hamilton line.  The conventional wisdom at this point is that they were intended for distribution through a separate channel - perhaps a special "catalog store" like Service Merchandise or the equivalent.

I also learned that the logic used for the models indication was pretty straightforward.  The M or F was for men's or women's models, the next number (e.g. 59) was the retail price ($59) and the last number of the sequential model.  So an M59-4 was the fourth men's model with a retail price of $59.

Of course, that only explains a model if you can identify it... which in this next case, I can't... not yet anyway.

So my mystery watch is an automatic and a nice looking one, at that.  It arrived in running order but could stand a good cleaning. 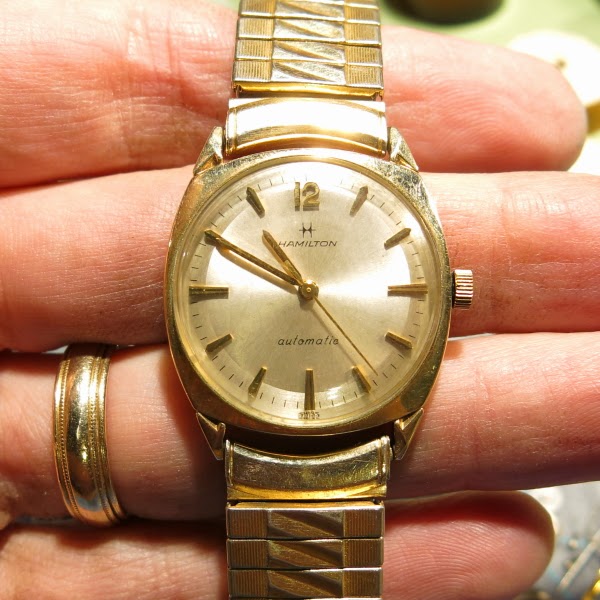 The one-piece case design is 10K yellow gold filled and it opens through the crystal. 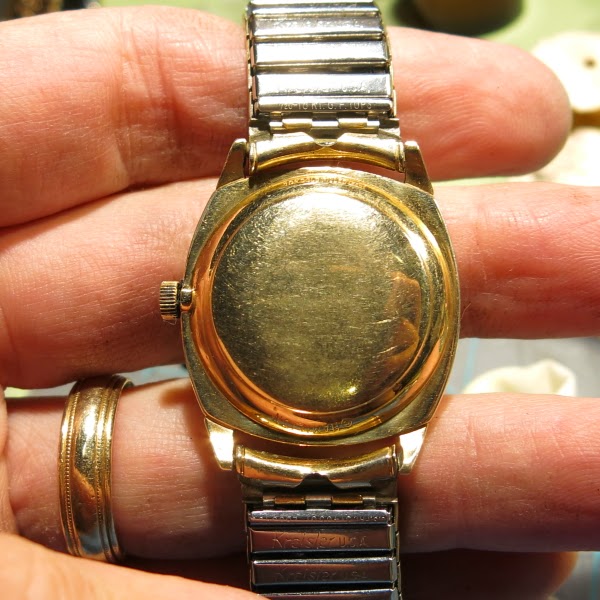 The markings inside the crystal support the hypothesis that this is a 1960's-era watch. 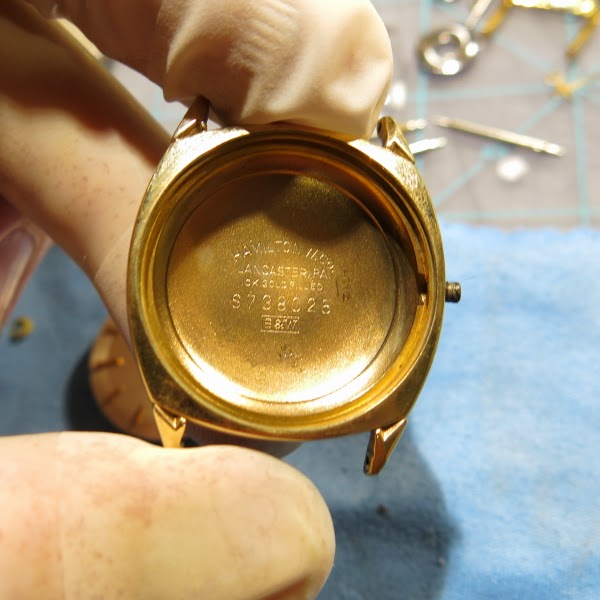 Behind the dial is a 17 jewel 689 movement - also a good indicator that this watch is an early 1960's watch.  This is an early precursor to the 21 jewel model 63 that I restored earlier this month. 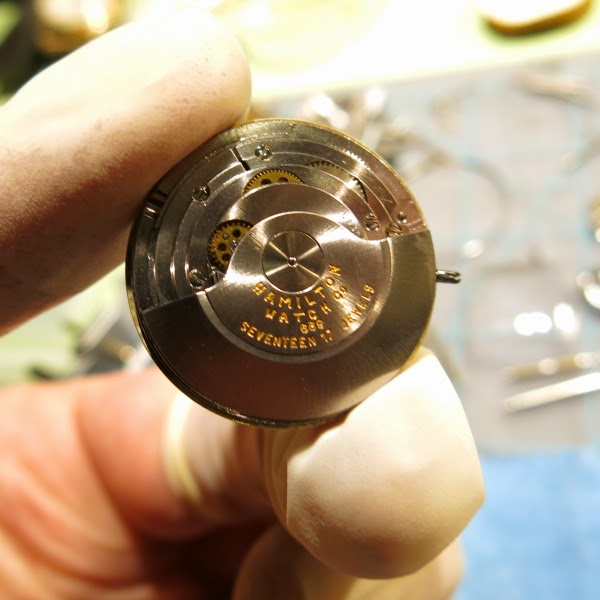 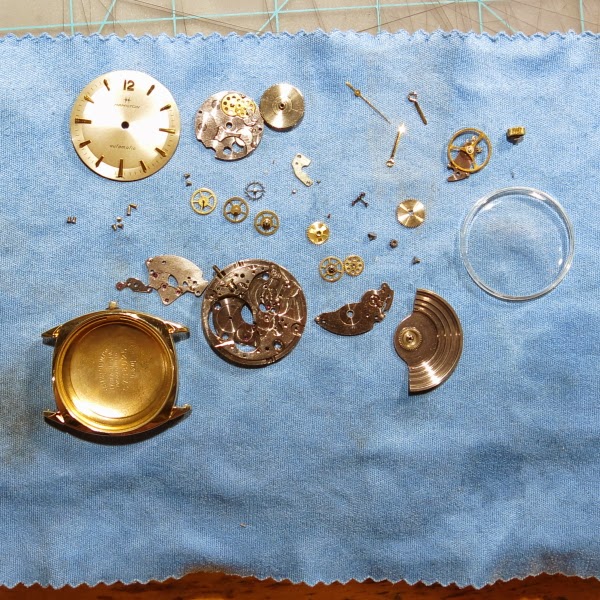 The most difficult part of reassembling this movement is to get all four wheels lined up under the train bridge.  All four pivots have to go into their respect jewels or it won't go together.  When everything is lined up the bridge drops right in place... but it can take a while to get it to drop in place and there is no forcing it.  So it can be a very frustrating experience. 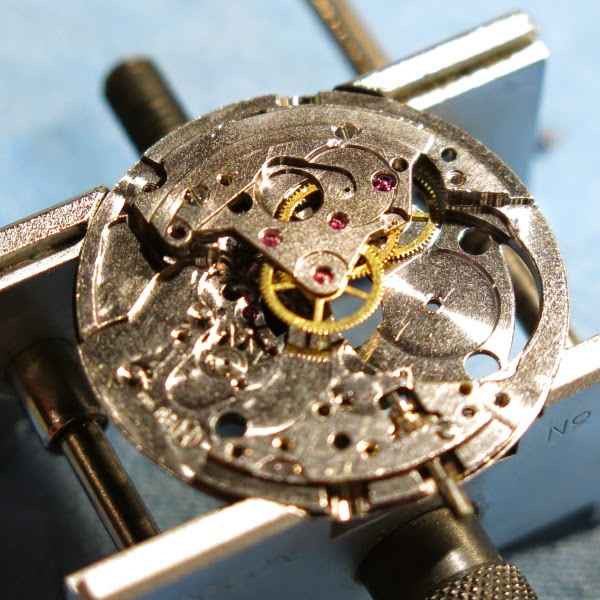 Once the train bridge goes on, next the pallet fork goes in.  Then the barrel, barrel bridge and the ratchet wheel, etc.  Last to go on is the balance assembly and if all goes well the watch should start running - like it is below. 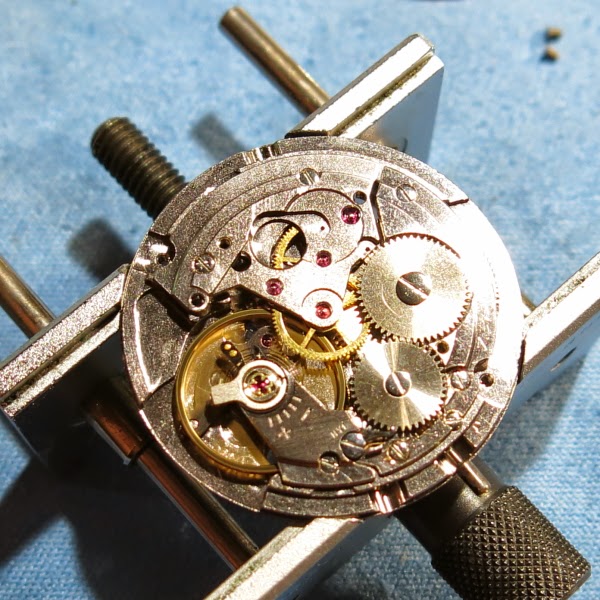 It's running about 1 minute fast per day with good amplitude but a high beat error.  I can fix all of that. 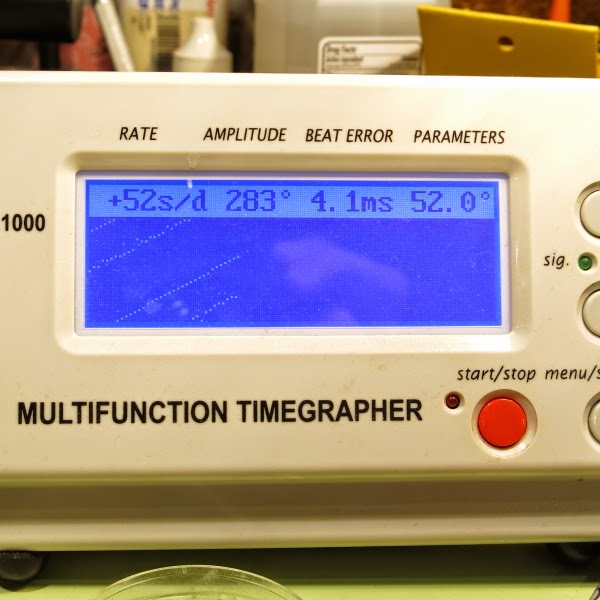 First I lower the beat error by moving the hairspring stud location. 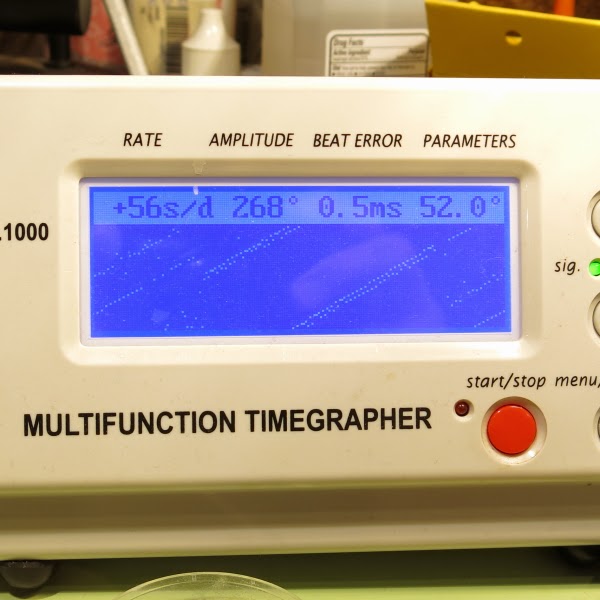 Then I slow the watch down by slightly lengthening the hairspring using the regulator.  Now it's running 11 seconds fast per day with a beat error of 0.5ms. 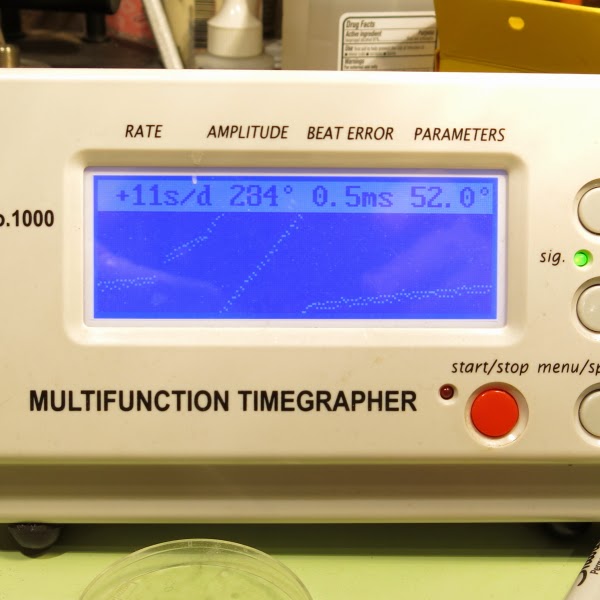 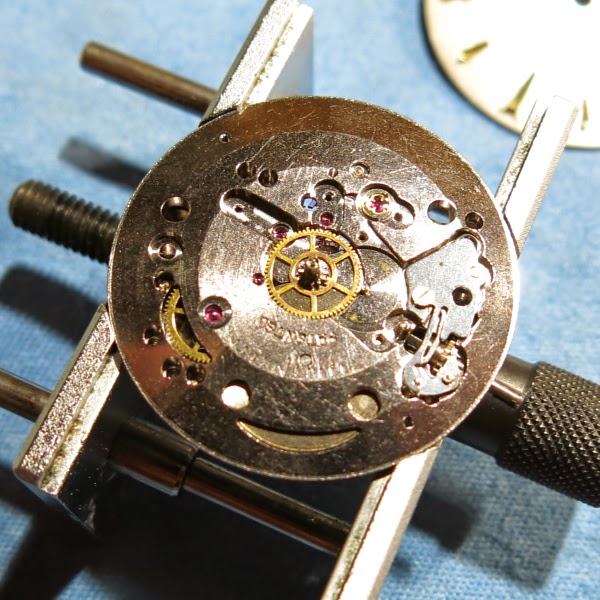 Next the gold-colored minute wheel and the silver setting wheel go in. 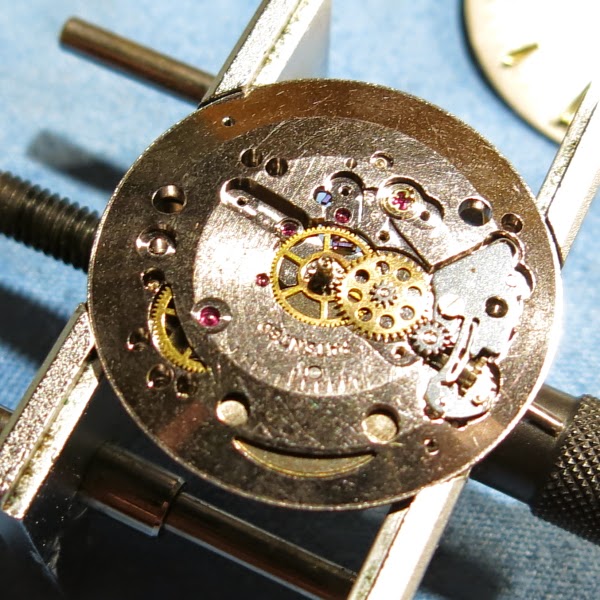 The minute wheel is covered by a plate and the hour wheel for the hour hand goes over the cannon pinion.  Now the dial can go on. 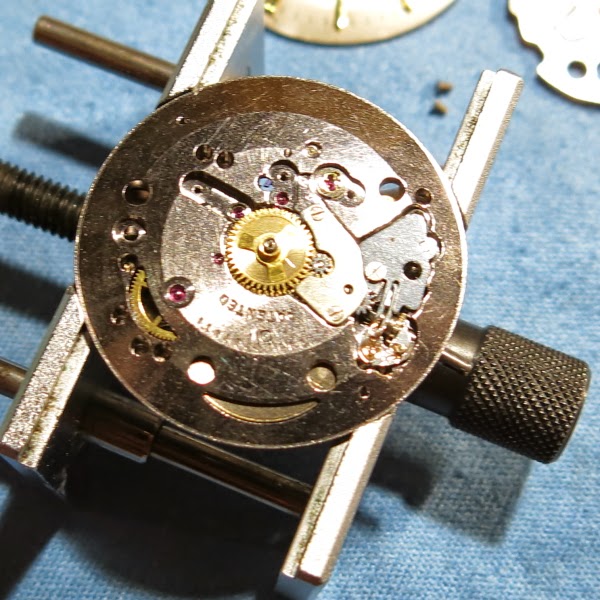 With the dial in place, I'll flip the movement over again and prep the oscillating weight to go back on.  To screws will secure it in place. 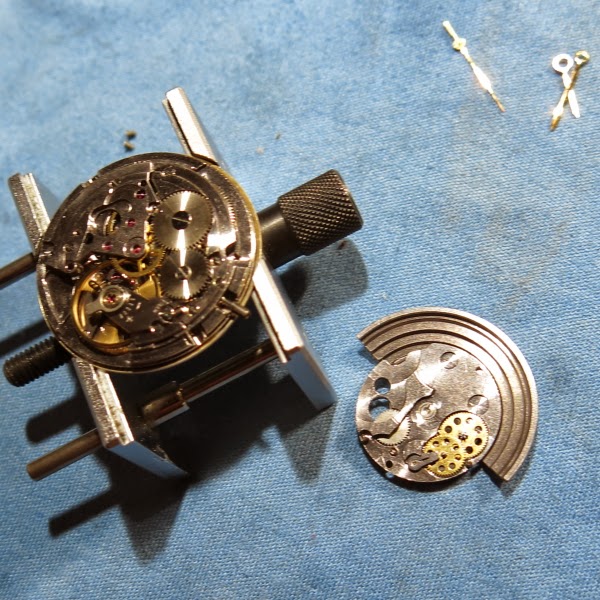 Now the movement can go back into the case and I can install the hands. 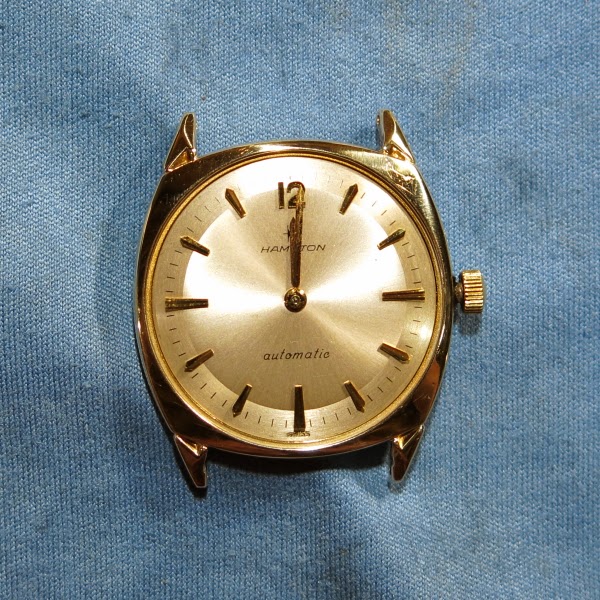 Great care has to be taken to make sure the hands don't run into each other or hit any of the hour markers. 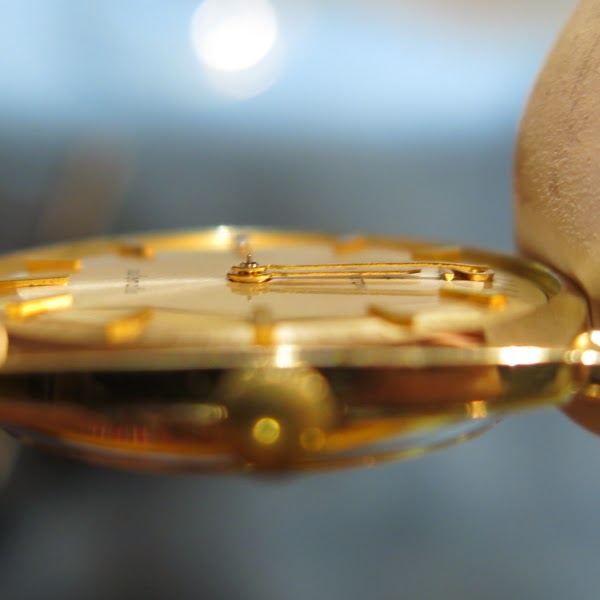 "The claw" will help me compress the crystal just enough that it will fit into the bezel and lock everything in place inside the case. 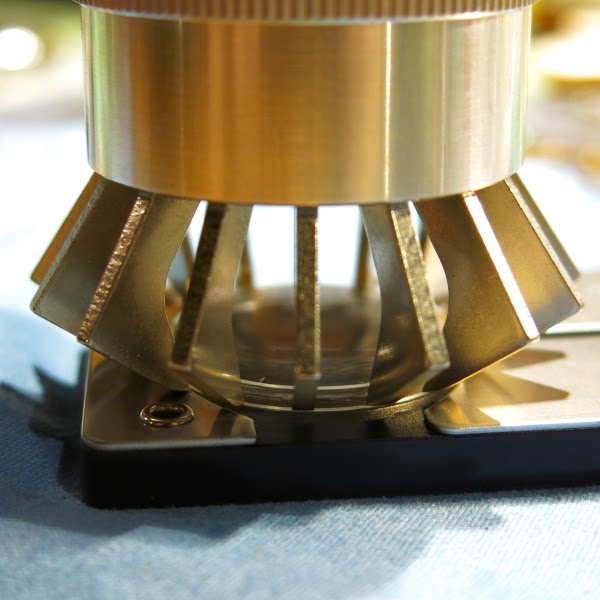 Now all I need is a strap. 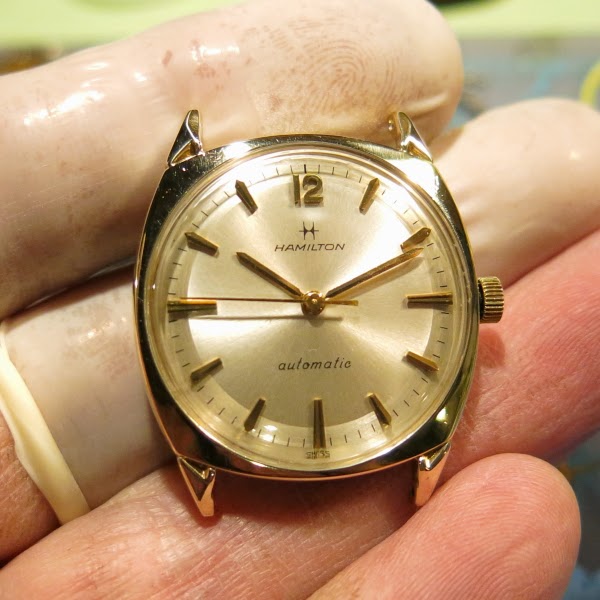 I decided to reinstall the Kreisler bracelet that came with the watch.  I have no idea if it's "original" but it's definitely old and it's a good size too... at least for my wrist.  This turned out to be a nice looking watch.  Now I just need to see if one of my collector buddies will help me identify it. 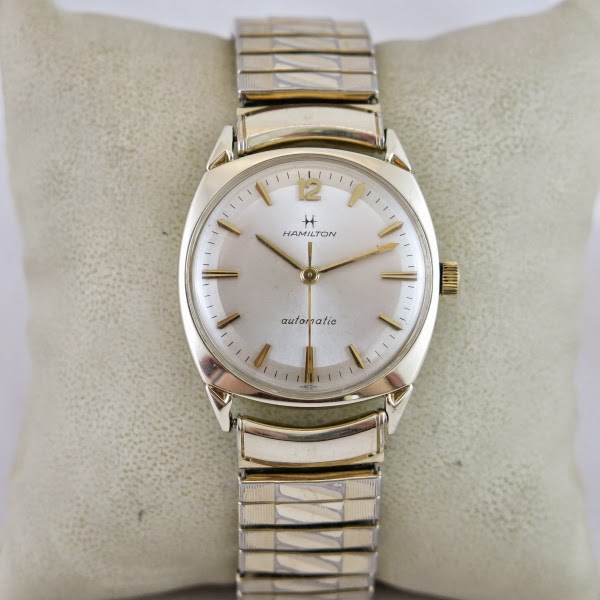 The mystery has been solved.