Here's another mystery watch for you.  Any watch that I can't identify in Hamilton catalogs is a mystery watch to me.  However there are plenty of reasons why a legitimate watch might not be in the catalogs.

For example, special watches were produced for the awards division - and sold to companies to use for service anniversaries.  In addition, Hamilton produced unique watches for export to foreign markets.

Part of the challenge with identifying a mystery watch is to figure out about what time period it was produced.  Although the 1970's had some funky, chunky designs the decade also had plenty of traditional designs too.  Then you have the 1980's... I consider that "the dark ages" as there is very little info online about that era.

There are a number of clues I look for when trying to identify a non-catalogued watch.

First, you can usually tell a watch is pre-1970 if it says Hamilton Watch Co, Lancaster PA inside the case back.  That's true for awards division watches as well and if the watch has a presentation from a company on the case back that will usually tell you a lot too (like the date).

Second, the type of movement inside is a good clue.  Certain movements were used for certain periods.  In addition, the "beat rate" the movement has is an indicator.  Most vintage watches have an 18000 Beat Per Hour (BPH) rate.  That works out to 5 ticks per second which is the same as when you count "one Mississippi, two Mississippi" etc.  In the 1970's beat rates increased to 6, 7, 8 and even 10 beats per second.  So if the watch has an 18000 BPH beat rate but doesn't say Hamilton Watch Co, Lancaster PA inside then you can probably assume the watch is an early 1970's watch.

Third, the printing on the dial is often a clue.  The 1970's seem to favor "Self Winding" on automatic dials rather than "Automatic".

Fourth, models produced for export often had 5-digit model numbers that started with 64.

So that leads me to my mystery watch.  As received it was pretty beat up but running.  Looking at the printing on the dial, it looks very 1960's to me.  It's a large watch though so that could be more 1970's. 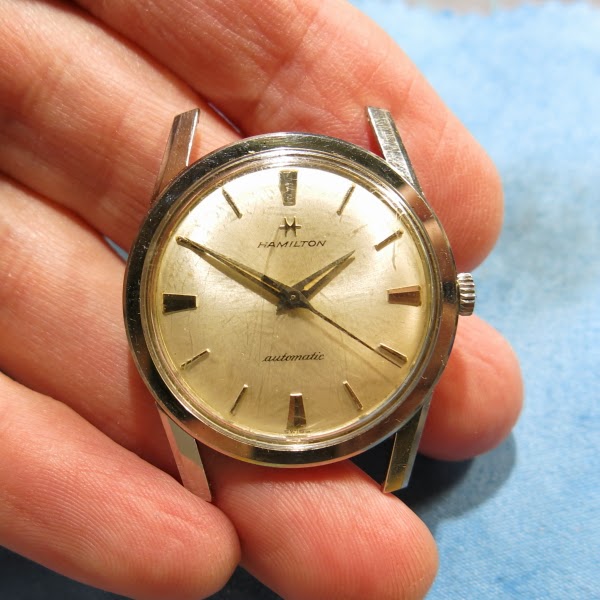 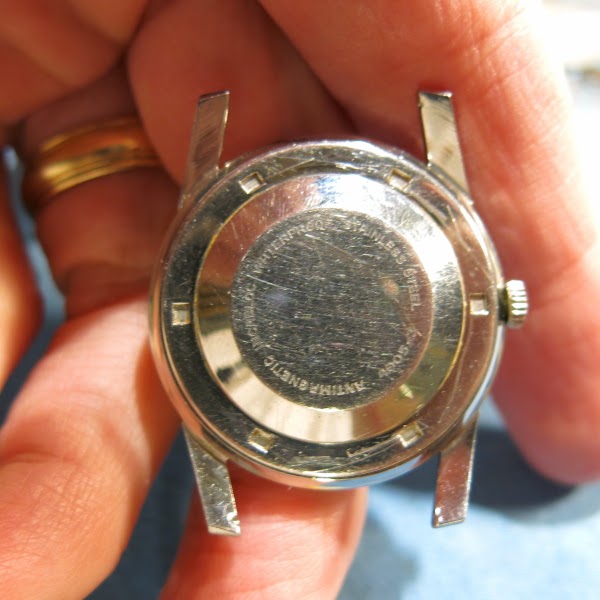 The inside of the case back says Hamilton Watch Co Swiss.  That would tell me this is a post-1969 model. 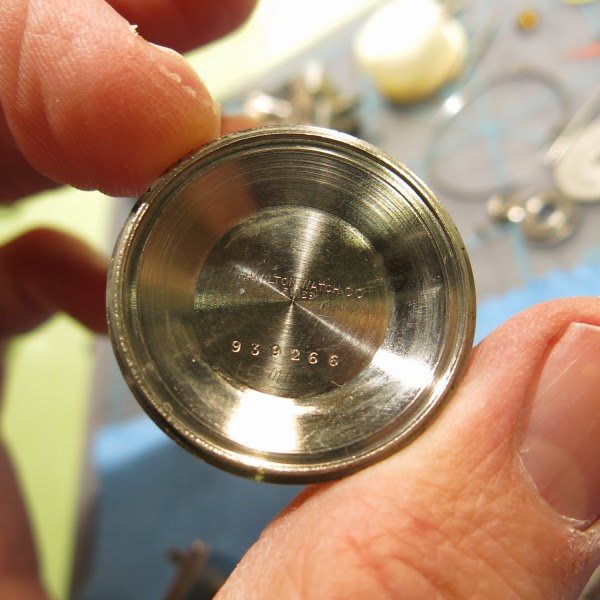 The crystal on this watch is very scratched but it incorporates a reflector ring so replacing it with a non-reflector ring PHD crystal isn't a good option.  Instead I will try to polish the scratches out. 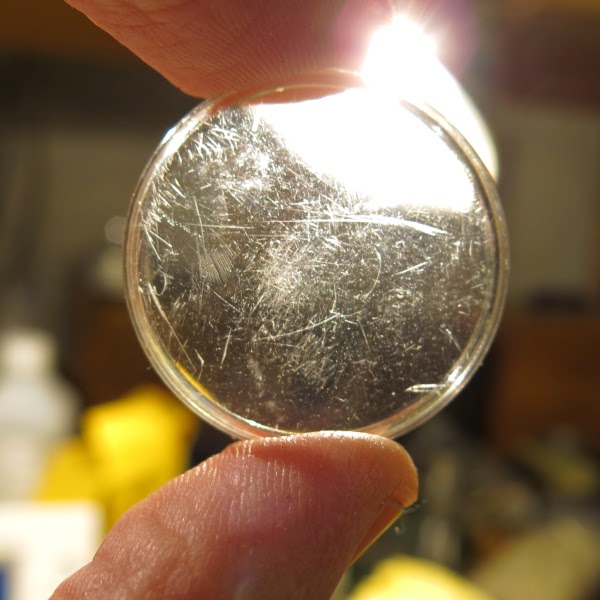 This movement has four extra jewels in the rotor carrier.  You can see them in the shot below. Add those to the 17 jewels inside the movement and you get to 21. 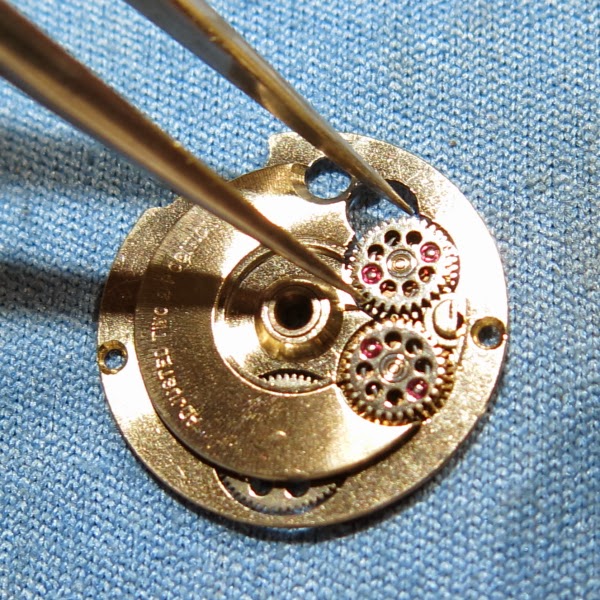 While everything was in the ultrasonic, I polished the crystal.  It looks much clearer now. 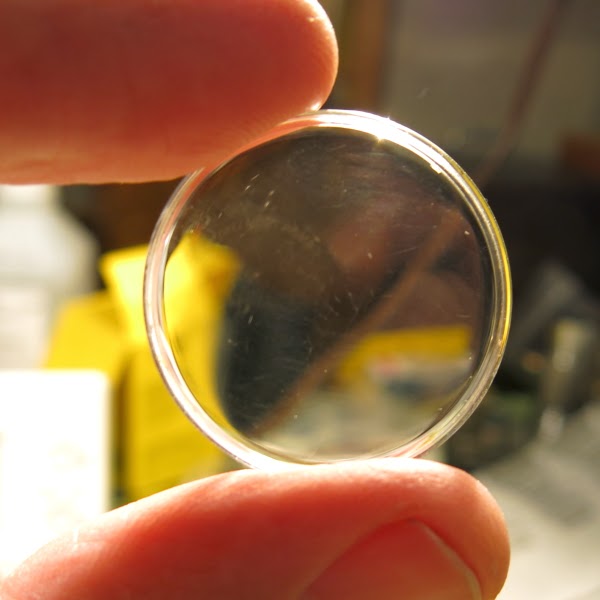 Everything is laid out before being reassembled with fresh lubricants. 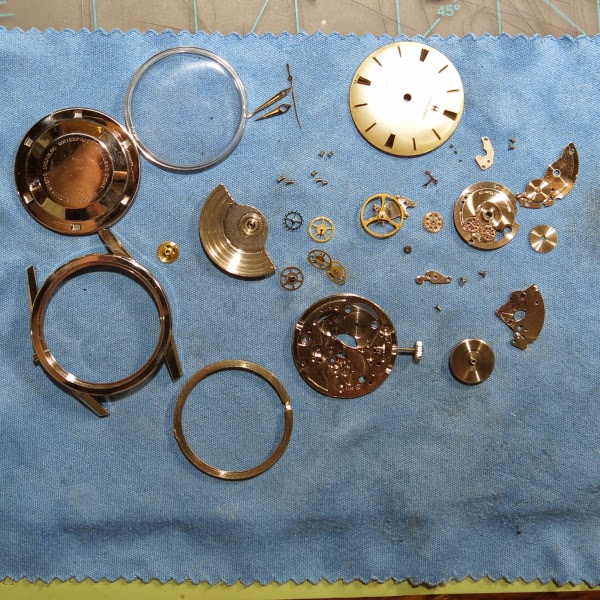 This main plate is stamped with the ETA logo and 2456.  My references don't indicate any known differences between the 2451 and the 2456.  Maybe it's in the balance design - as I think that's what makes a 63 different from a 689. 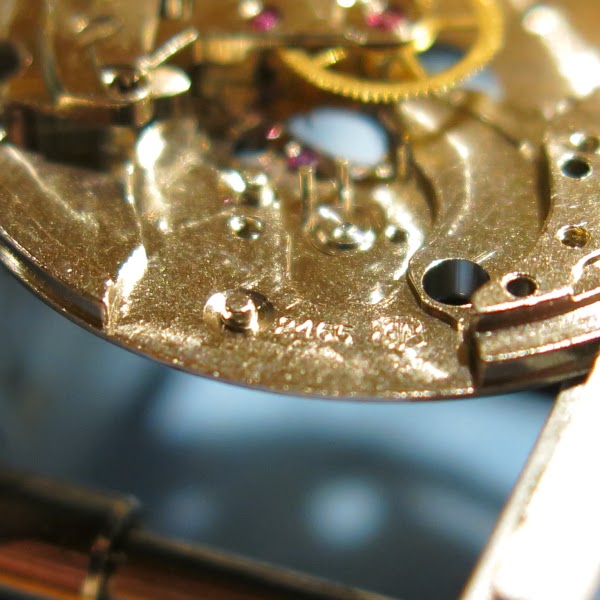 Once the balance is reinstalled, the watch movement looks like a typical manual winding ETA grade. It's off to the timer now. 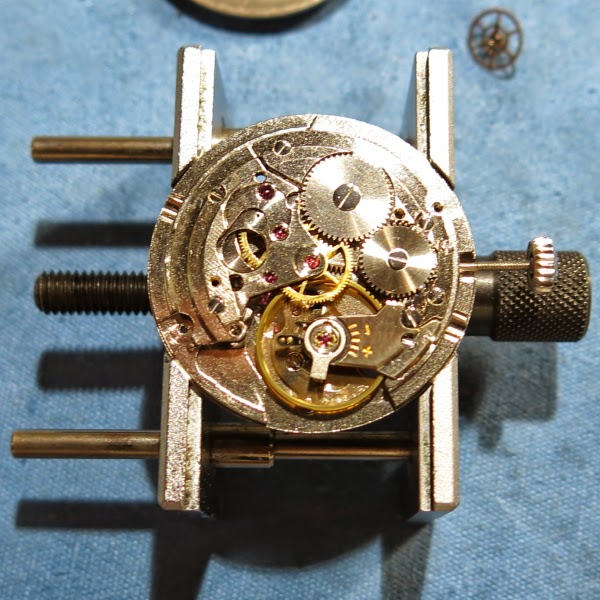 Something inside is making a little extra noise.  I'll reclean the hairspring and see if I can get rid of it. 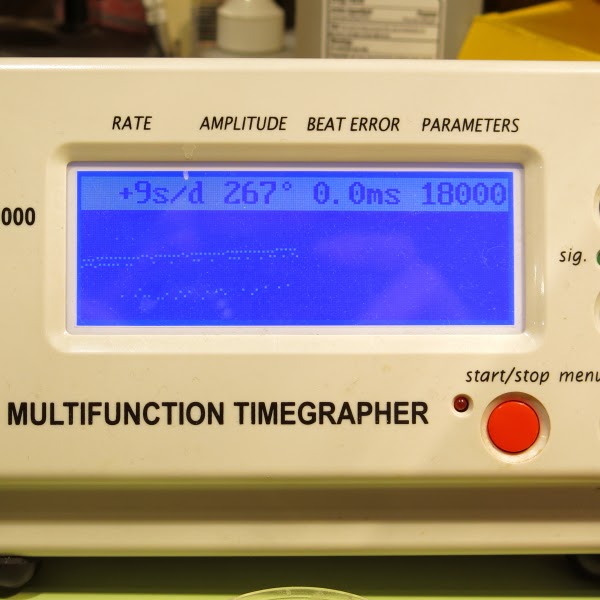 That's better... two close together parallel horizontal lines.  It doesn't get much better than that. 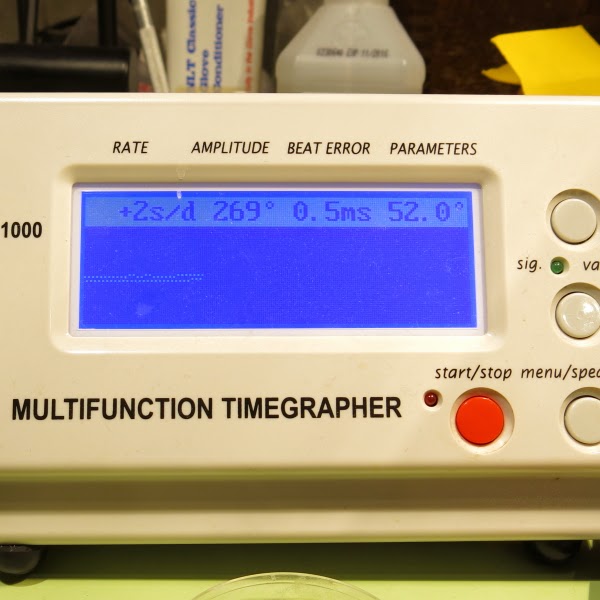 Next to go back on is the dial and then the hands.  I set the hands to midnight - that way I know they're synchronized. 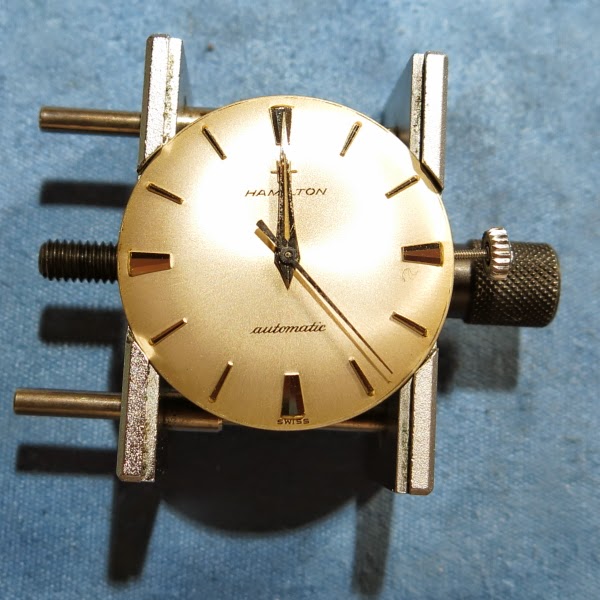 The rotor goes back on and then the assembly goes back into the freshly polished case.  A new black teju lizard strap completes the restoration. 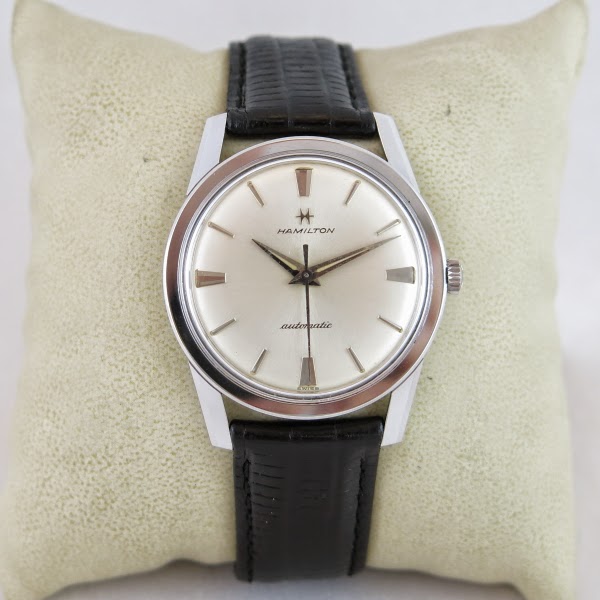