There was something for everyone in Hamilton's 1960's line up.  Didn't want to wind your watch?  Choose from the Electrics or the Automatic models.  Didn't like round watches?  No problem, choose from one of the many asymmetrics.  Want something fairly traditional but not too traditional?  How about a round watch manual winder with a textured dial?

As you can see in the catalog, the Sea -Skip came in a stainless steel case with white (silver) colored embossed numerals and markers on a white textured dial.  It also came with an optional gray dial.

In 1962, the catalog showed both options.

Tucked behind the dial is a Hamilton 688 movement, a Swiss-grade made by ETA, the same company that makes Hamilton movements today, in fact.

I recently picked up a Sea-Skip.  It wasn't running very well and the crystal was severely cracked. 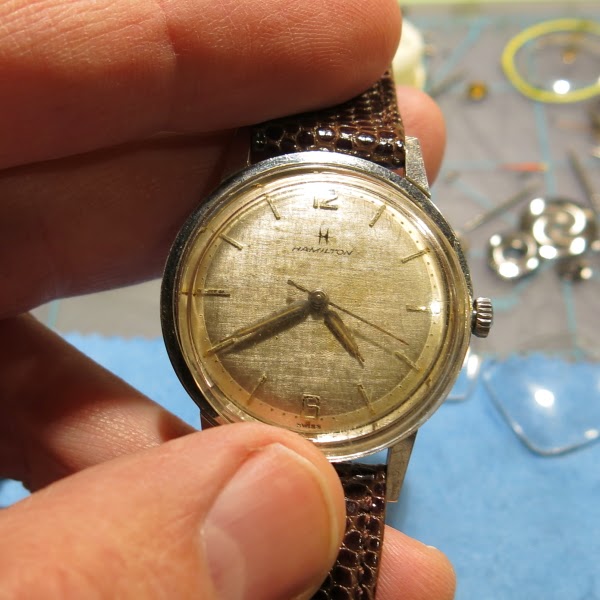 Without the crystal in the way, I can see that the textured dial has some minor corrosion on the  hour markers and hands but otherwise it looks to be okay. 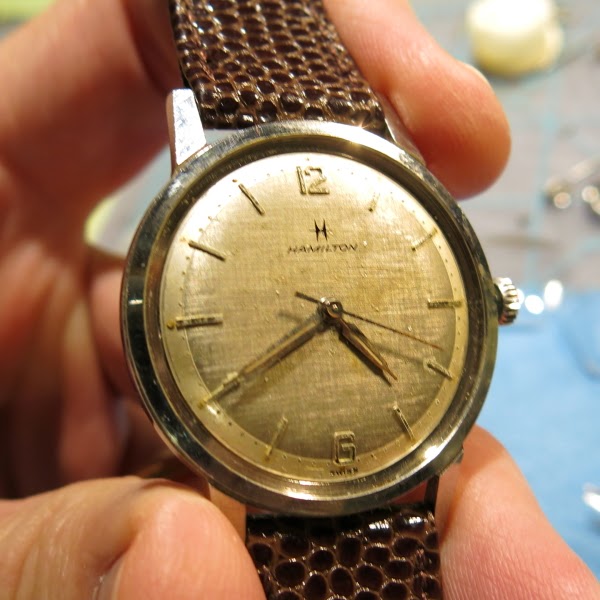 The stainless steel back is meant to unscrew.  Looks like someone had a bit of an unsuccessful go at opening the case - it's all scratched up.  Sometimes opening a case like this can be very difficult, especially if you don't have the correct tools.  Fortunately the scratches are not visible from the front. 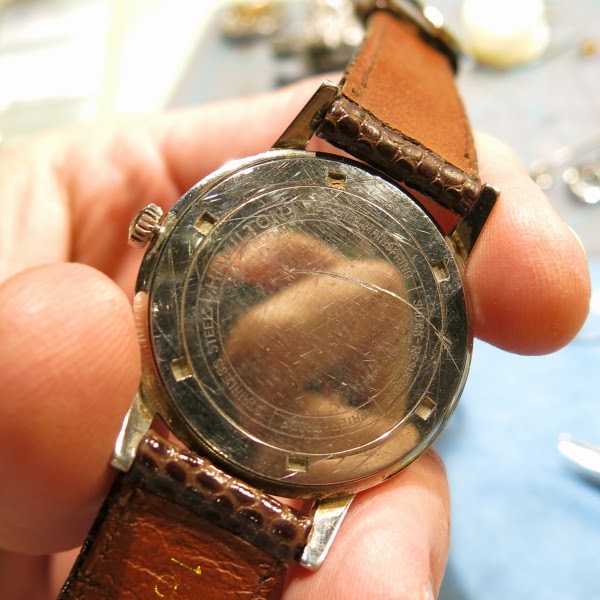 Oddly enough, the inside of the case back says "Made in Switzerland".  That's not something I've seen too often. 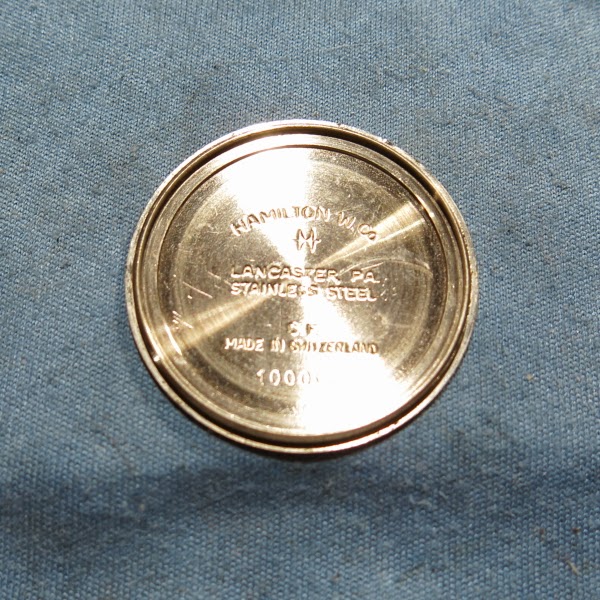 The 688 movement is bright and shiny but arguably ready for a trip to the spa. 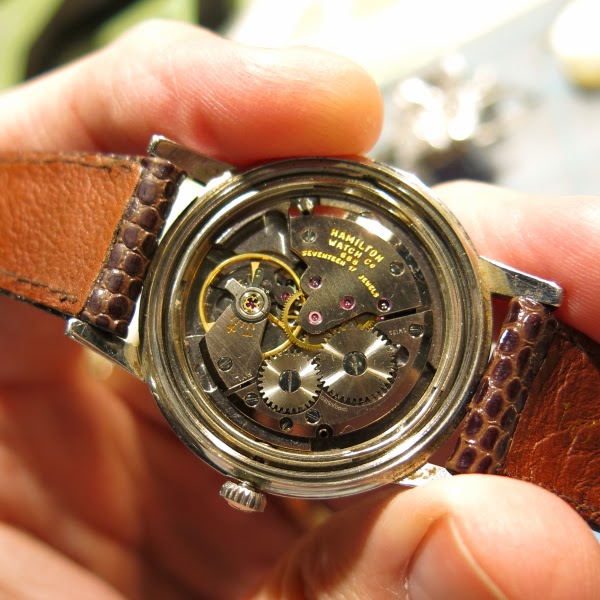 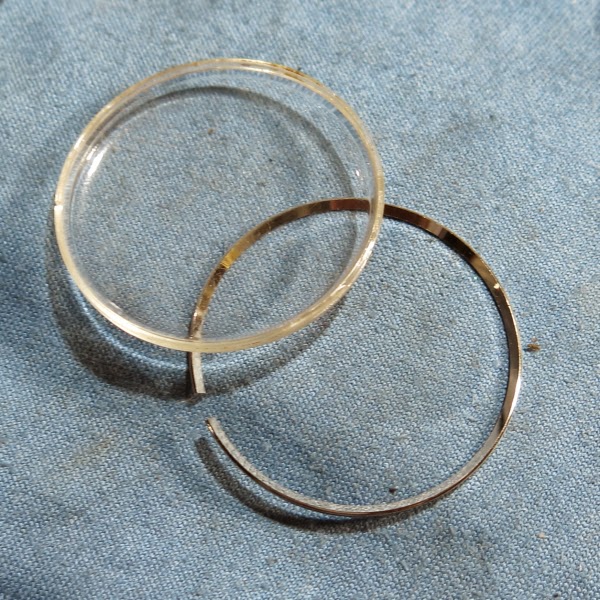 Normally I use a GS PHD-style crystal for watches with sweep second second hand.  But a PHD crystal won't accommodate a reflector ring.  Sometimes I also look in the PA-waterproof line of GS crystals for an appropriate crystal when a round crystal with a reflector ring in needed.  When I don't see an obvious replacement crystal, I will also go with the GS ET-line of crystals.  These crystals are a lot like PHD style but they come with a silver or gold ring.  In the shot below, you can see I selected an ET crystal in 31.1mm diameter with a white (silver) ring. 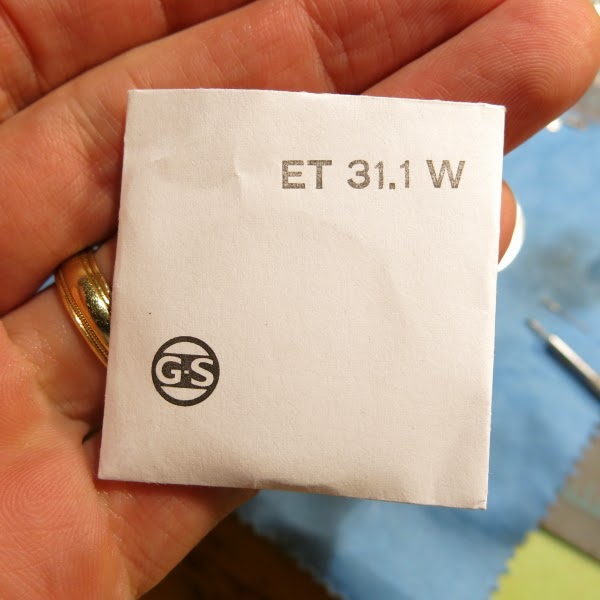 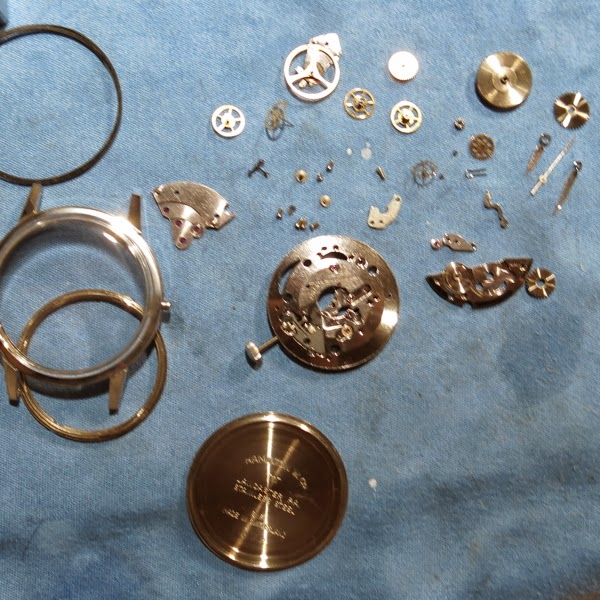 The movement is back to running order.  Next stop is the timer to see how it's running. 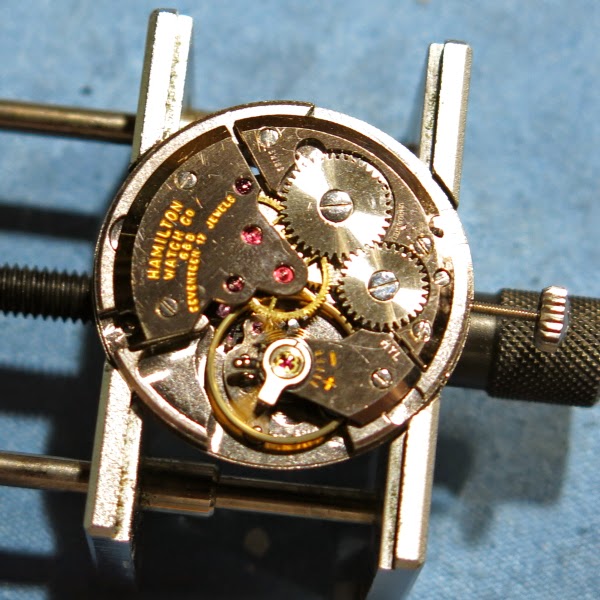 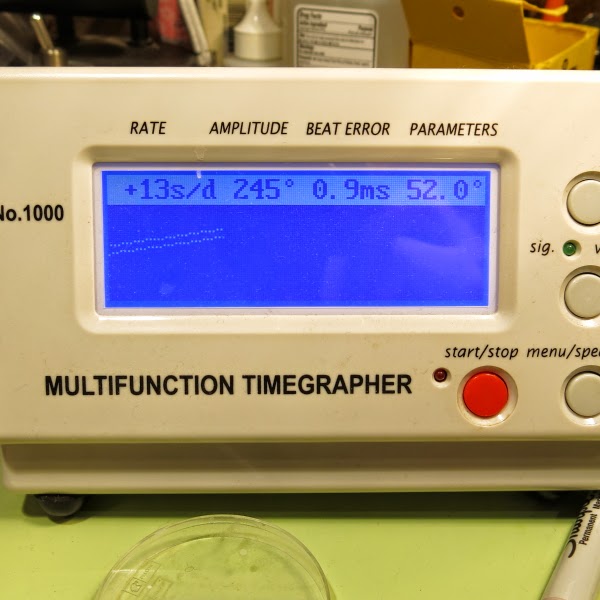 The dial and hands cleaned up fairly well.  Not much I can do about the corrosion on the 4 and 8 markers.  It's interesting that it's so symmetrical.  A new crystal and a fresh black strap are a remarkable improvement over what I started with though.  That's for sure. 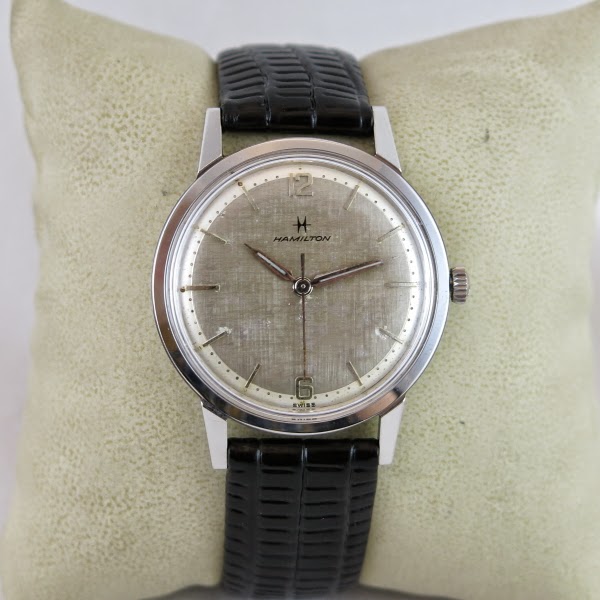