A Tale of Two Watches

I recently picked up a project watch that I thought looked familiar. 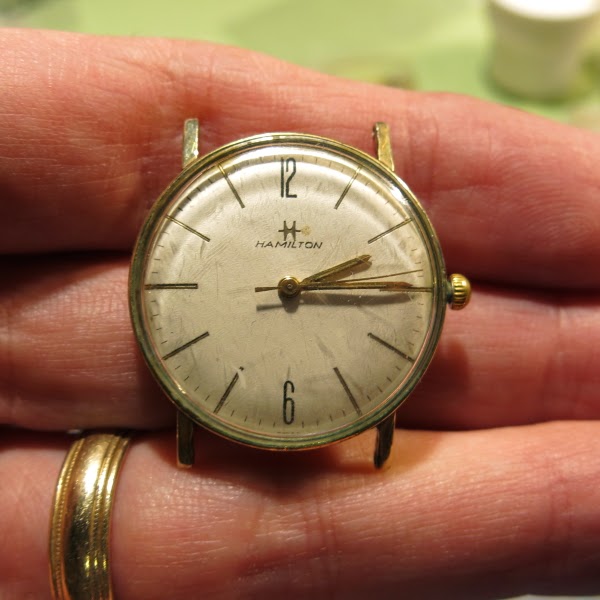 It came in a one-piece rolled gold plated case. 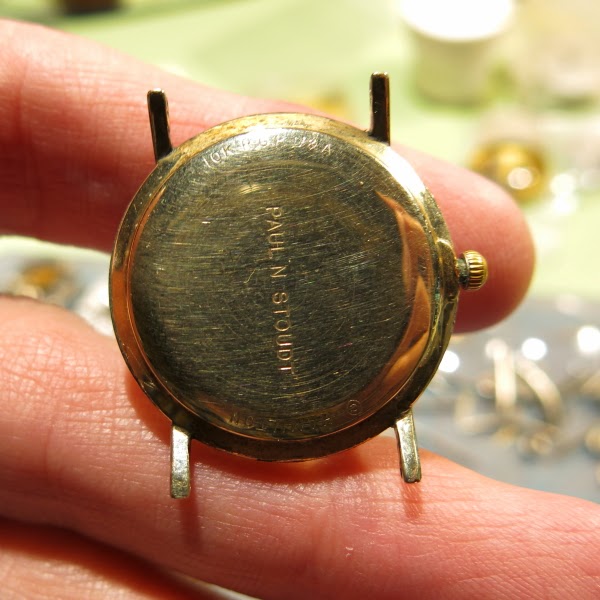 When I went to identify it I thought it looked a lot like a 1964 Sea Haven.  But I was puzzled by the thinness of the bezel on my watch and the catalog says the Sea Haven has a stainless steel back. 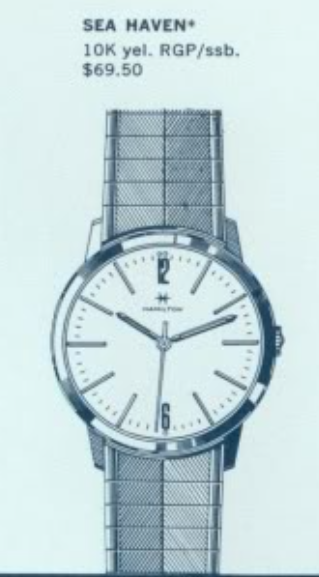 Then I remembered that I have a Sea Haven in my collection.  I rarely wear it because it has an expansion bracelet.  It looks exactly like the catalog (well, not the bracelet of course).  So something was up with my project watch. 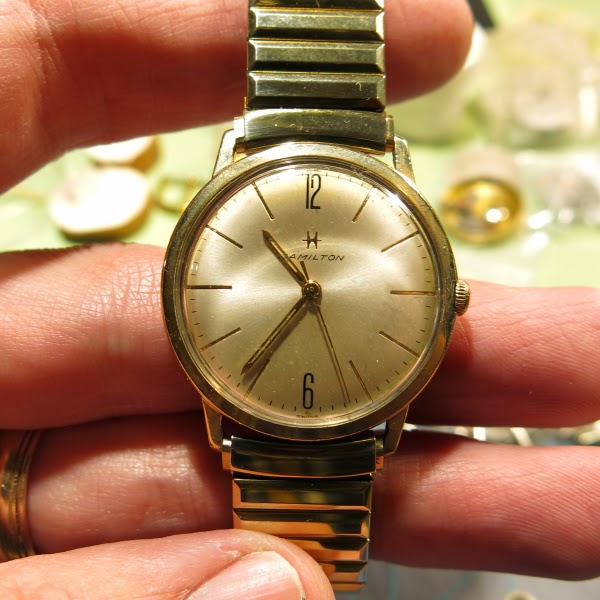 Although the Sea Haven has a stainless steel back, it's still a one piece case and it cannot be separated from the RGP bezel. 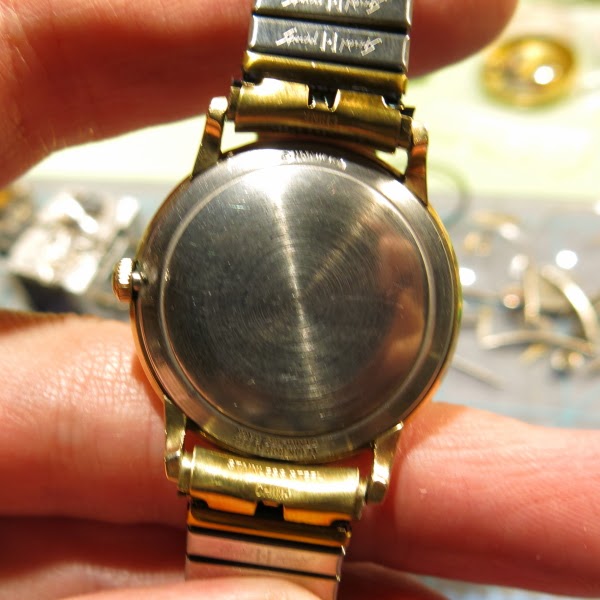 Without the crystals in place you can see the dials are very similar.  They certainly have the same pattern but the finish on the Sea Haven is a radial finish while the other watch has a plain white finish. 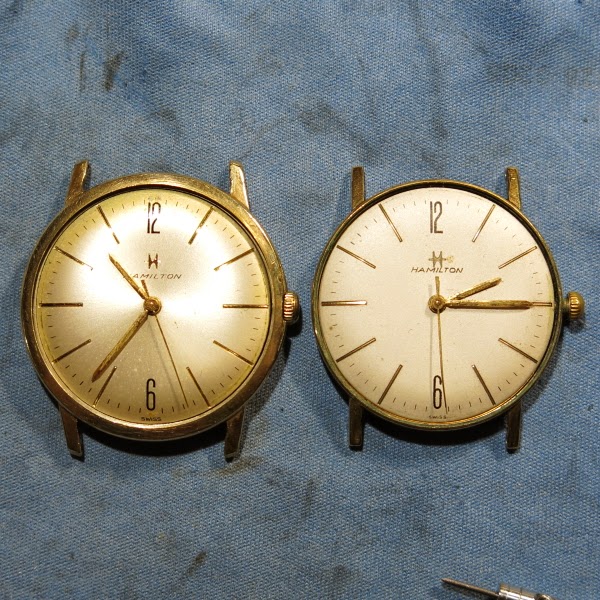 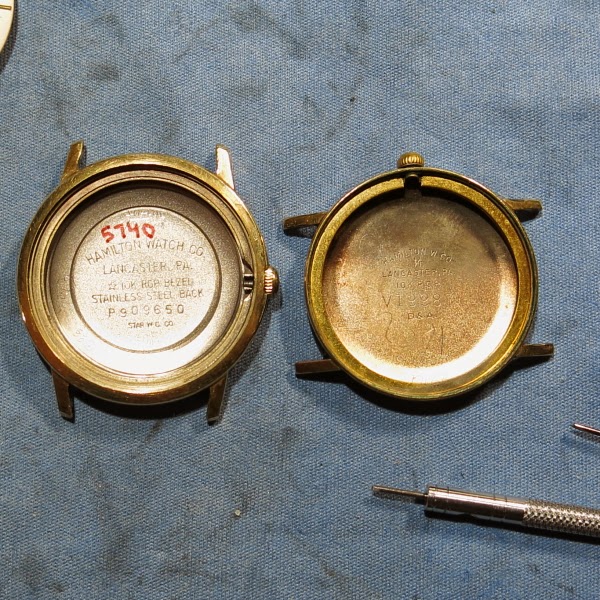 Both watches have the same size dials and both run a 17 jewel 686 movement.  Oddly enough, the project watch movement is a lot cleaner-looking than the Sea Haven. 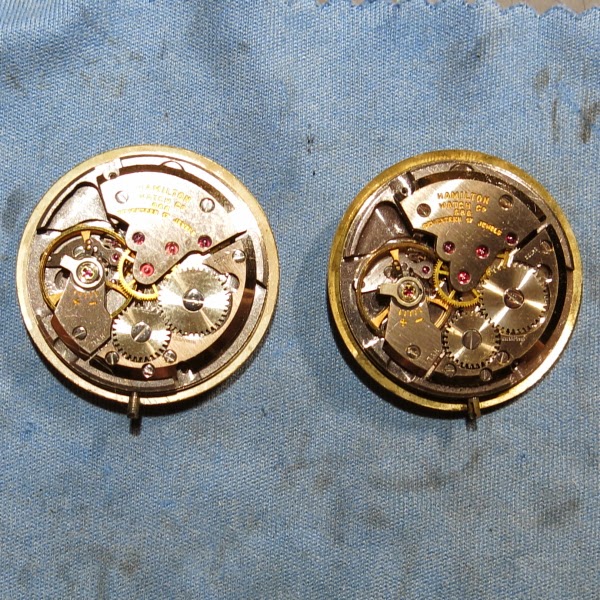 The back of the project watch's dial has some numbers scratched in, specifically 1972... I wonder if the dial was refinished back then and lost it's original radial finish? 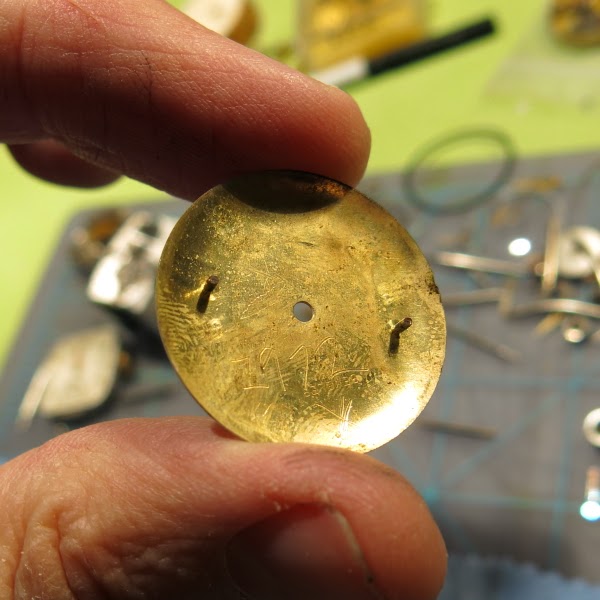 Both watches are completely disassembled, cleaned and dried before being reassembled with fresh lubrication. 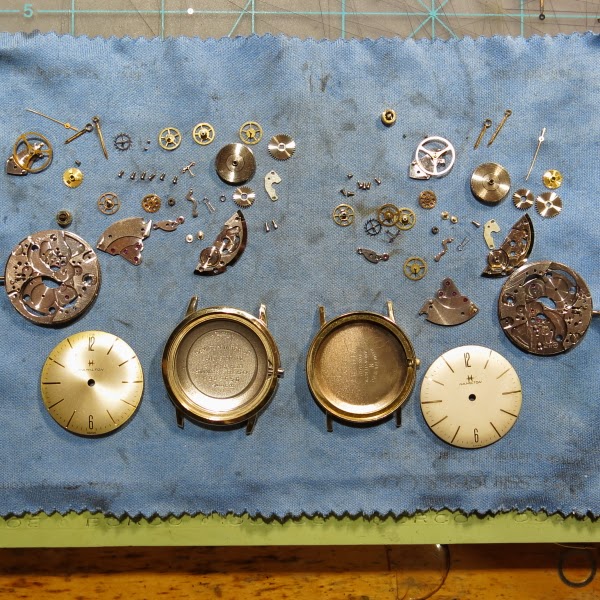 The Sea Haven's movement is the first to be reassembled.  Next stop is the timer. 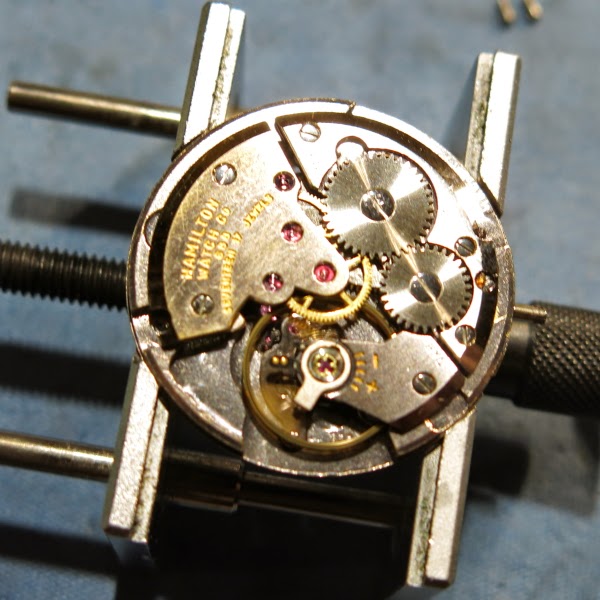 A little tweaking to the regulator brings the beat rate right in line.  The amplitude and the beat error look great too. 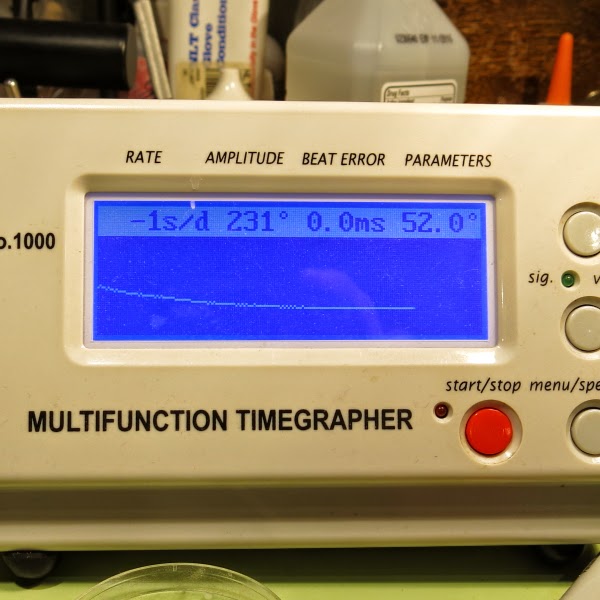 Now it's the project watch's turn to be reassembled.  This one is running nicely too. 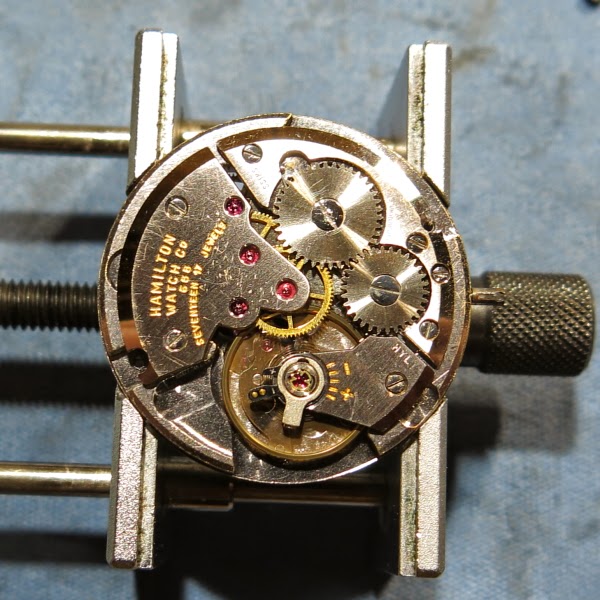 This one started out running a little fast but a couple of tweaks slowed it back down. 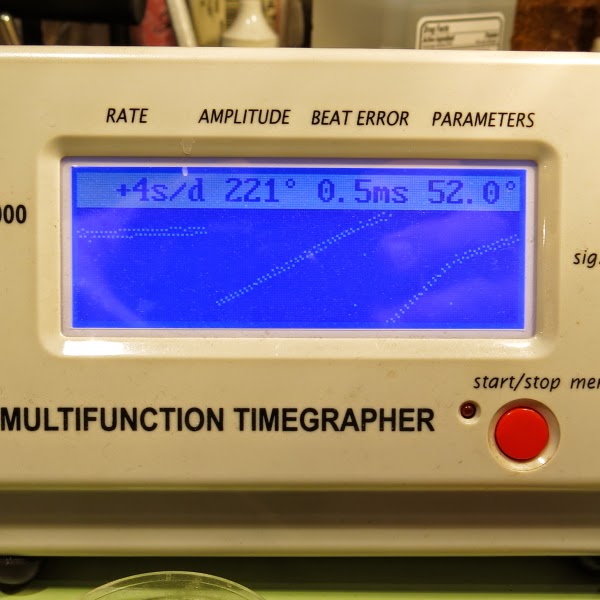 I decided to put the expansion bracelet onto the project watch.  A new GS PHD crystal and a fresh crown complete the restoration.  It doesn't look too bad. 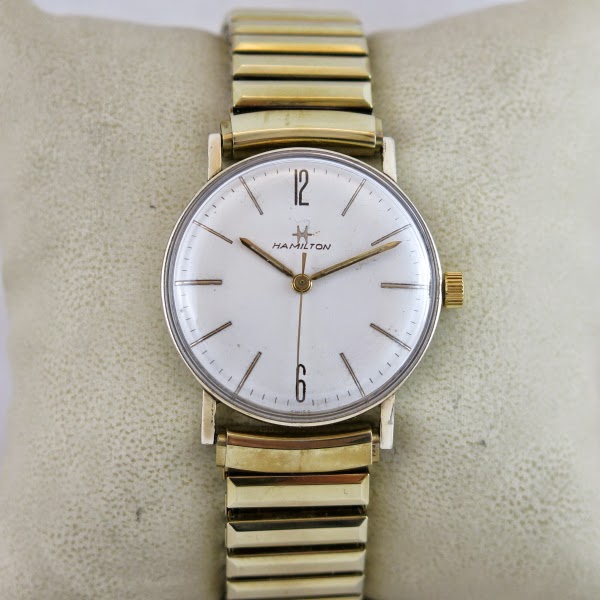 The Sea Haven gets a new black lizard strap.  With all things being equal, the original radial-finished dial makes the Sea Haven a much sharper looking watch. 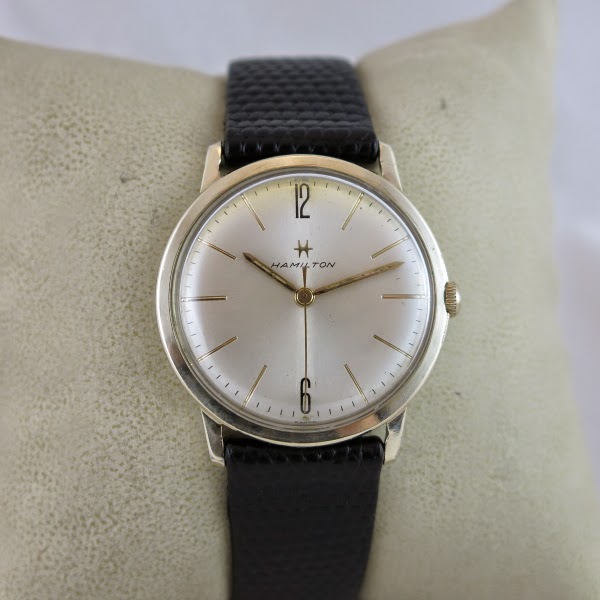