Today is Easter and what a wonderful day it has been.  I got a parking place at church and we even sat in our usual pew - although there were quite a few unfamiliar faces around.  The weather was fantastic and my bride and I enjoyed some quality time together doing back-breaking manual labor in the yard.

I was also able to finish a couple of watch projects and I have an interesting model to showcase.  It's a 1965 Hamilton Vincent.  This model was produced for three years but you don't often see it in the wild... that could be because it's a little on the smaller side. 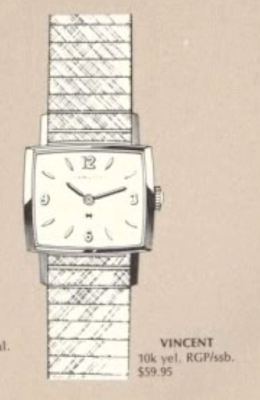 If it looks familiar, it's probably because it bears a strong resemblance to its older brothers, the 1962 Gary and the 1964 M79-4.  Of course, those models have second hands and the 1965 Vincent does not.

The Vincent came in a 10K yellow rolled gold plated case with a stainless steel back.  It was paired with a matching bracelet with a Florentine-pattern on the bezel and bracelet.

My project watch arrived in non-running condition and missing the crown. 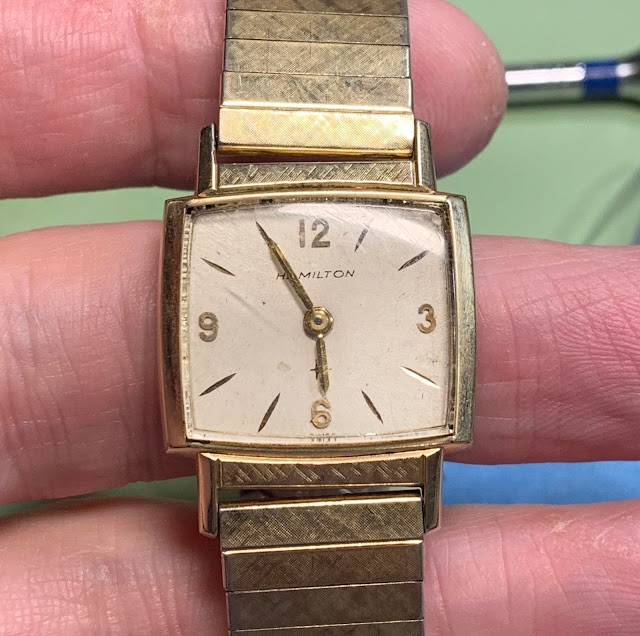 There's a slight nub of a stem so I suspect the crown and stem broke off and the watch has been stuck at 5:55 ever since.  The case back does not sit properly for some reason and the owner said it popped open on the way to the post office.  Hopefully I can fix that too. 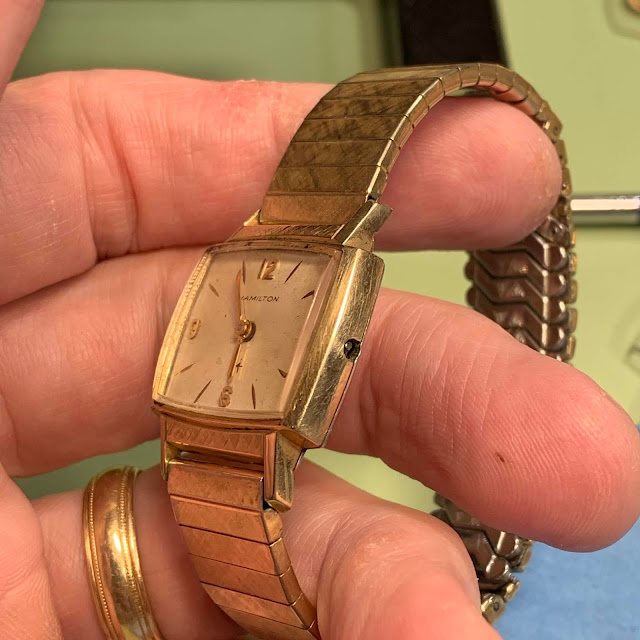 The bracelet was made by JB Champion, in case you're ever looking for a replacement. 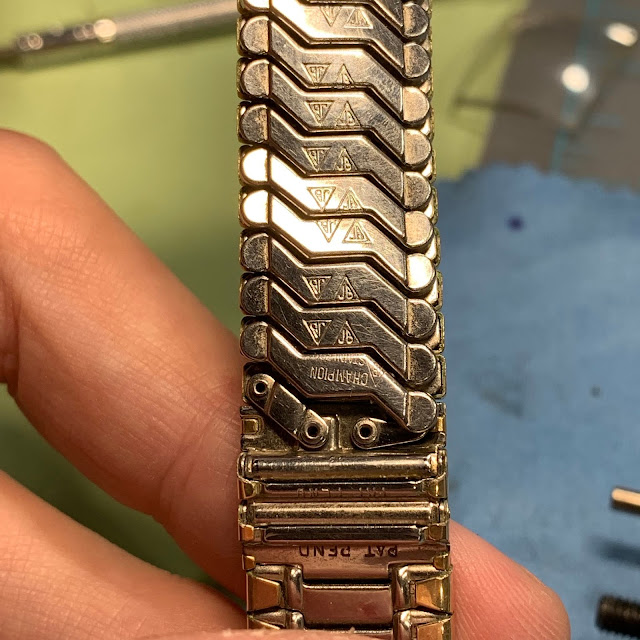 Tucked inside the case is a 17 jewel Hamilton 681 movement.  This is basically a slightly smaller 686 movement based on an A Schild 1200.  It's just like the 686 but a smaller diameter - all of the other parts are the same so it will be easy to get a new stem. 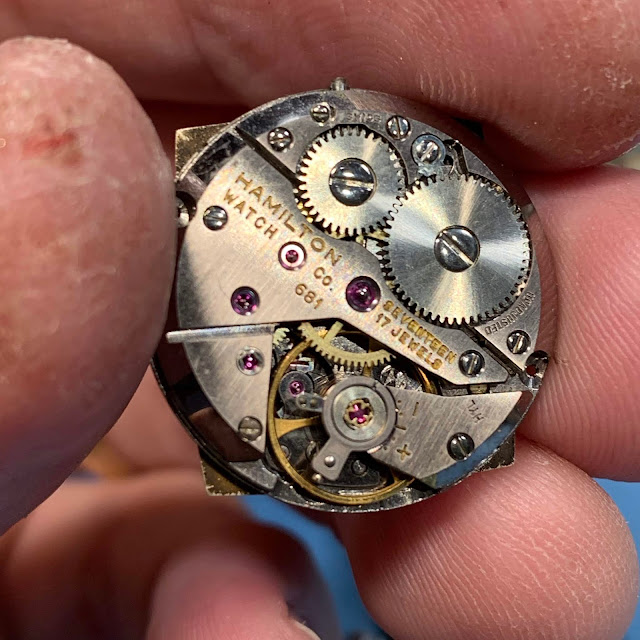 Looking at the inside of the bezel, the sides between the lugs are a bit wavy.  I think someone has fiddled with this bezel before.  I'll try to straighten things so that the back snaps on properly. 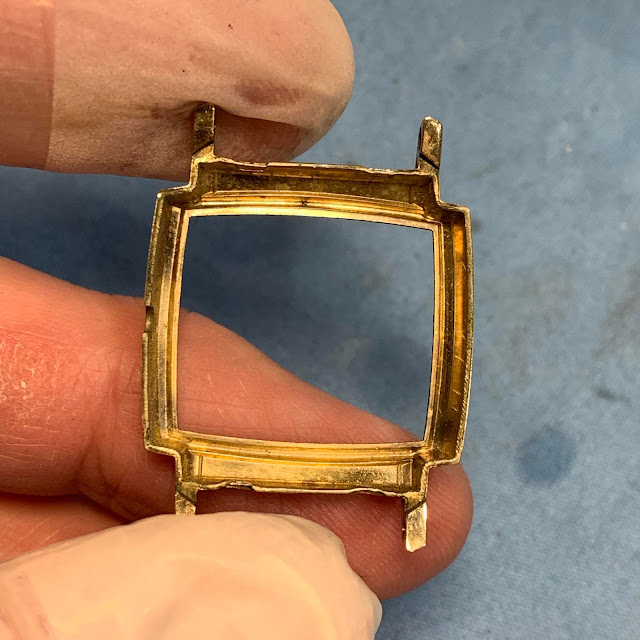 Everything gets taken apart and thoroughly cleaned before being reassembled with fresh lubricants. 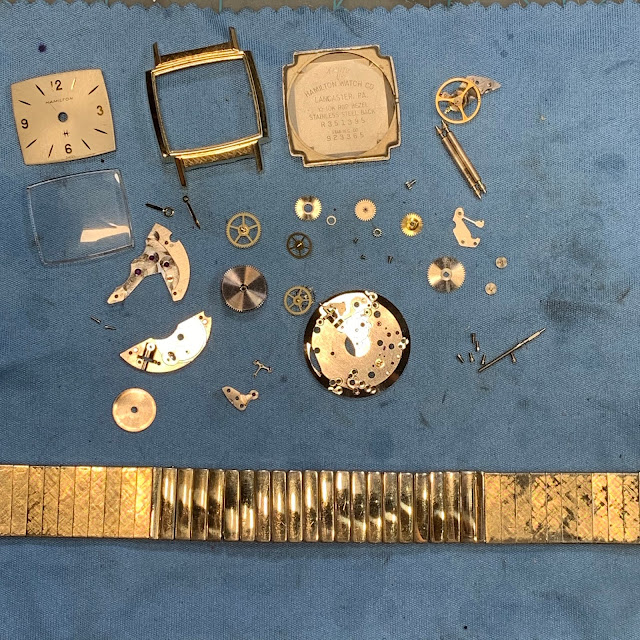 I happen to have a nice Hamilton-branded crown that will fit the case nicely.  I'll have to trim the stem to the correct length before screwing the crown on. 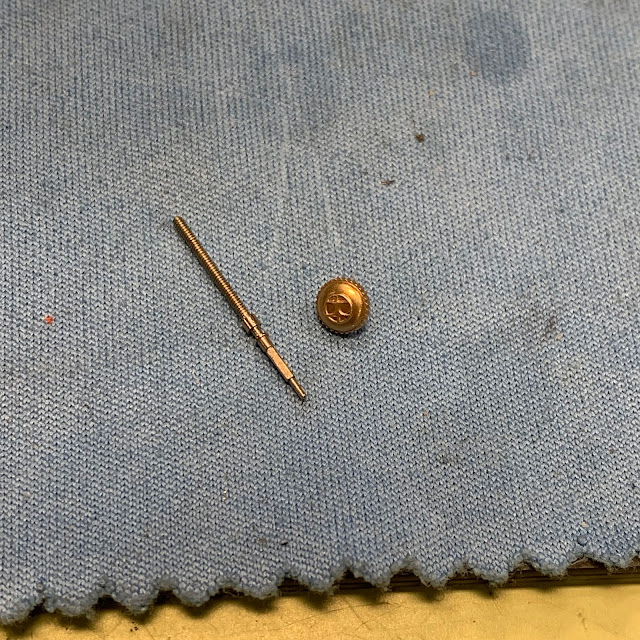 Crowns can be very challenging to replace but I think this one is a perfect match. 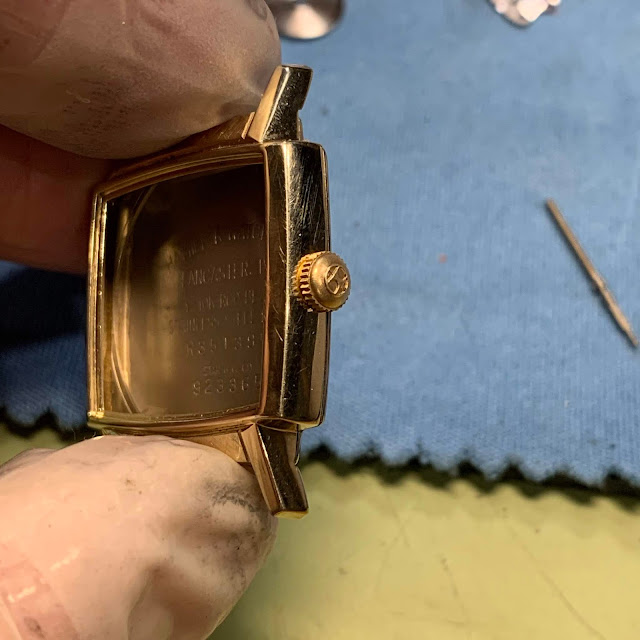 The reassembled movement is ticking away with a good motion. 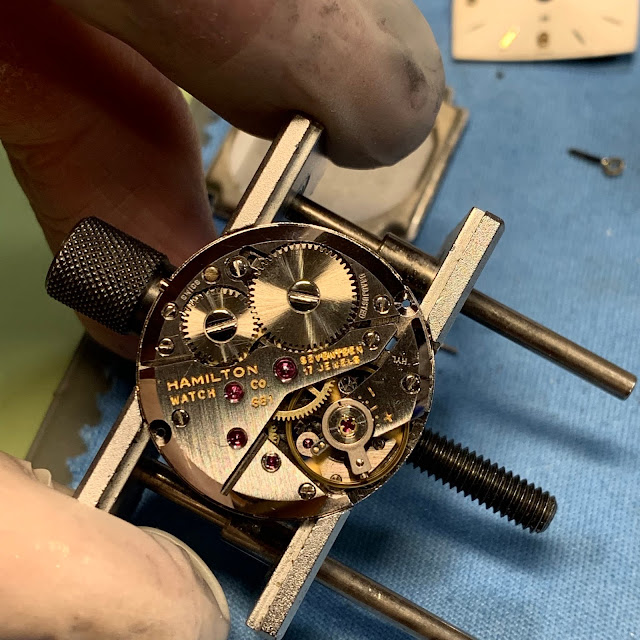 Not too shabby... the amplitude is a little low but I haven't fully wound the watch yet since it doesn't have a crown. 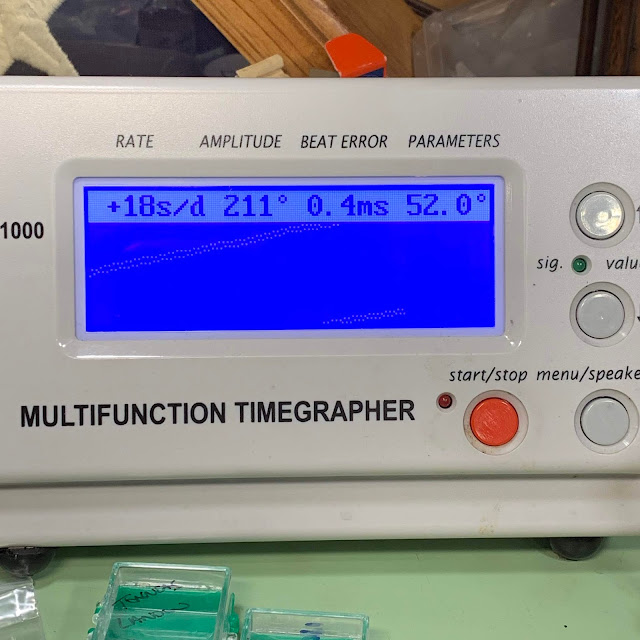 Well this watch turned out really nicely.  There's a small scratch on the dial that was hidden by the minute hand originally, otherwise it cleaned up nicely. 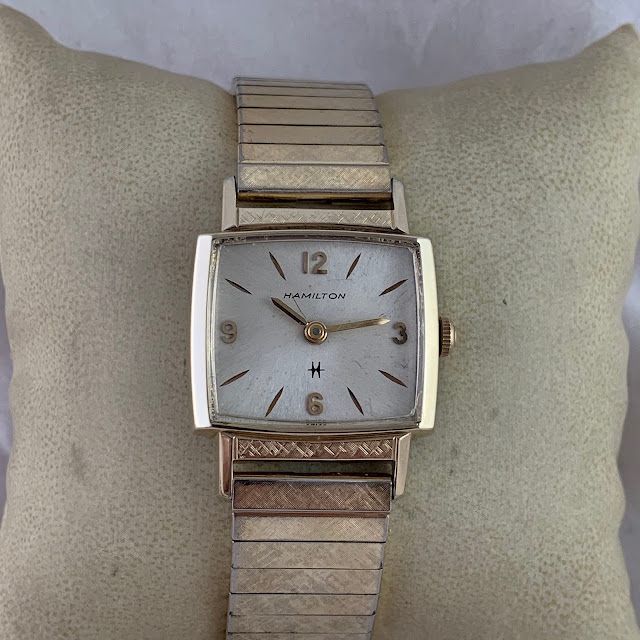 My light tent is unforgiving and reveals every potential flaw.  Here's a shot in more flattering and realistic light.  It's a tiny watch but it is still nice looking. 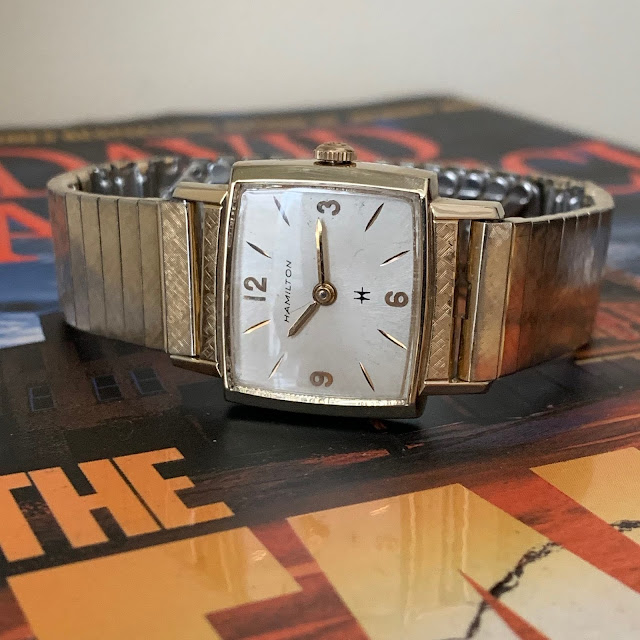