One of the things that makes collecting vintage Hamiltons interesting is when you come upon an uncatalogued model.  Surprisingly, there are lots of them.  Sometimes they didn't make the catalogs but were still shown in marketing advertisements.  Other times they were models produced for other markets.

I recently came upon what I thought would have been an Accumatic A-5XX of some sort.  As you'll see below, it looks very familiar to some Dateline A-models like the 1963 Dateline A-576.

If it looks familiar, I'm not surprised.  I've come across a bunch of these in the past, like in this post from September 2017.

Anyway, my project watch is unique in that it doesn't have a date complication.  It's also interesting in that the word Automatic is in cursive with a capital A.  There are a variety of styles and fonts used, including cursive, but this is the first time I've seen it with a capital A.  The crown is an obvious replacement and a bit too large, in my opinion.  The bracelet likely isn't original, as it's been trimmed more on one side than on the other, which is too bad since it looks a little goofy.  On the other hand, the lug width is larger than the typical 17.4mm so I could probably trim the long side to fit a future project. 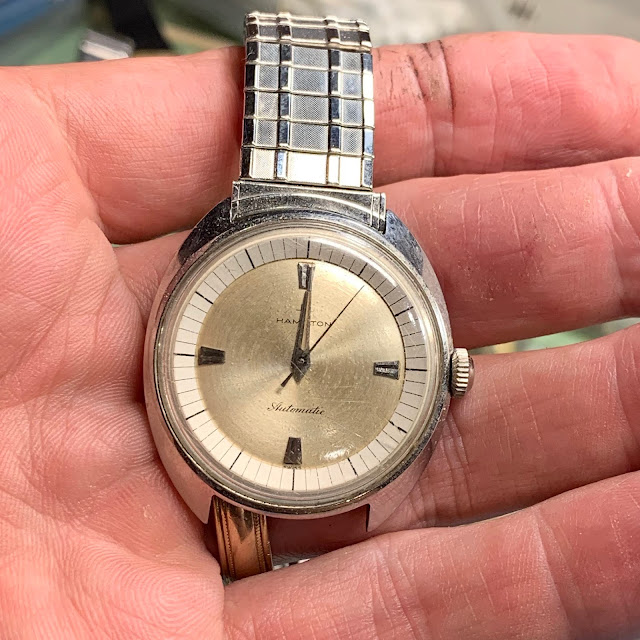 The back of the watch has the model number 4000-3.  That makes me think this was probably a 1960's model for the international market. 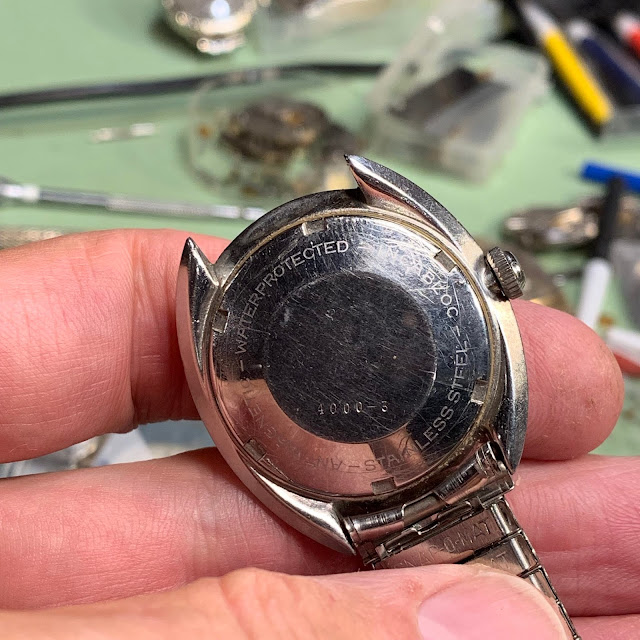 The movement inside is clearly marked Hamilton and has 21 jewels instead of the usual 17, although it looks like a typical ETA movement like a 692 or 689 from the 1960s. 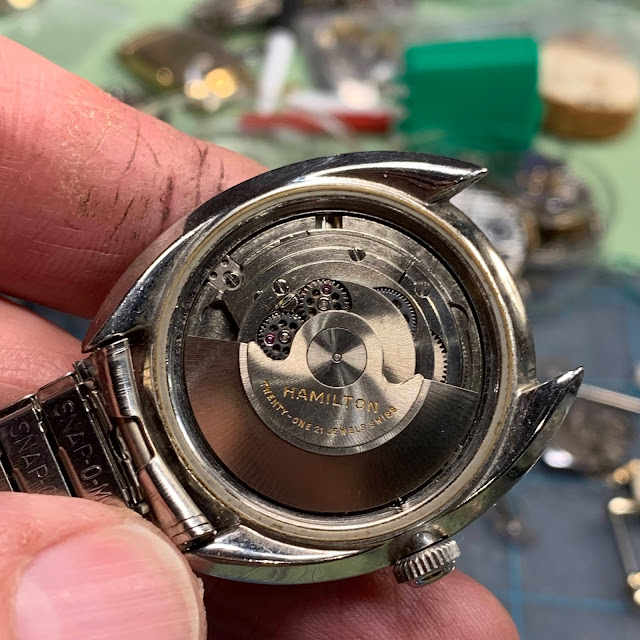 I noticed the balance seemed to have a bit of a wobble but first I'll clean everything and see how the reassembly goes.  Some had obviously already been in the watch, since one of the bridge screws was missing. 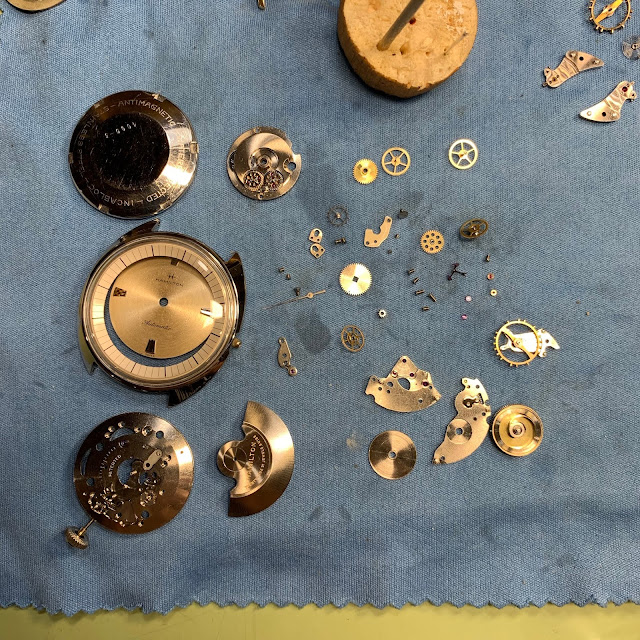 The movement is now running and appears to be okay.  Let's see what the timer thinks.  One interesting thing to note is there is no "HYL" stamped on the balance cock.  Those letters are the import code for Hamilton movements and all Swiss-made Hamilton movements have those letters, if it's a US model.  The outside of the case back said "INCABLOC" and that indicates the type of shock protection for the balance.  You can see the Incabloc spring that supports the balance jewels in the photo below. 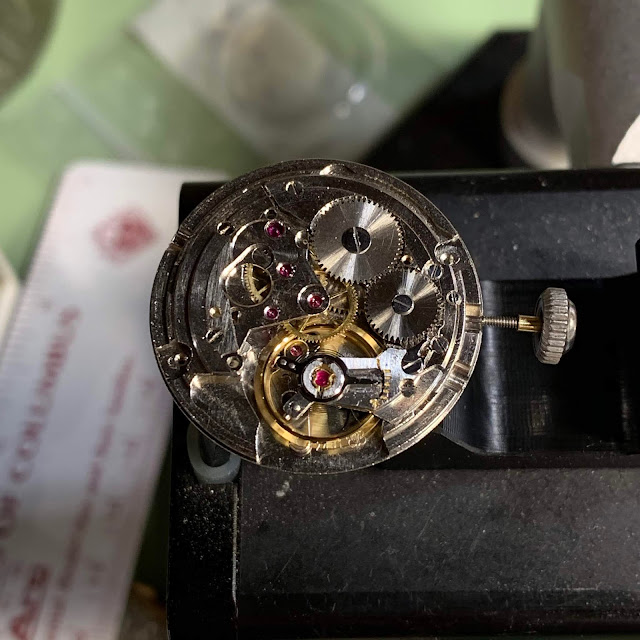 It's running a little slow but the amplitude is too low at 164 degrees.  I like to see it north of 200 and between 250 and 300 is ideal.  Why it's low could be any number of things... the barrel is dragging, there's still dirt somewhere, the pallet fork is dragging, or the balance has an issue. 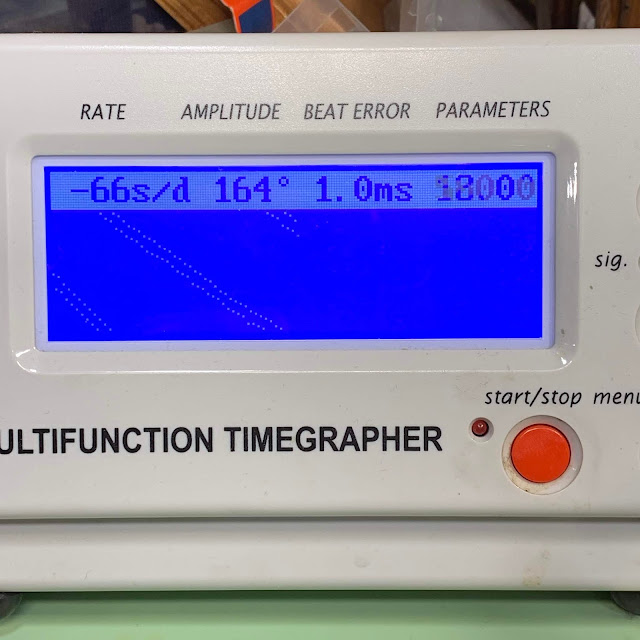 A tweak here, a tweak there, change a part, try another... eventually the best I could come up with was 186 degrees of amplitude. 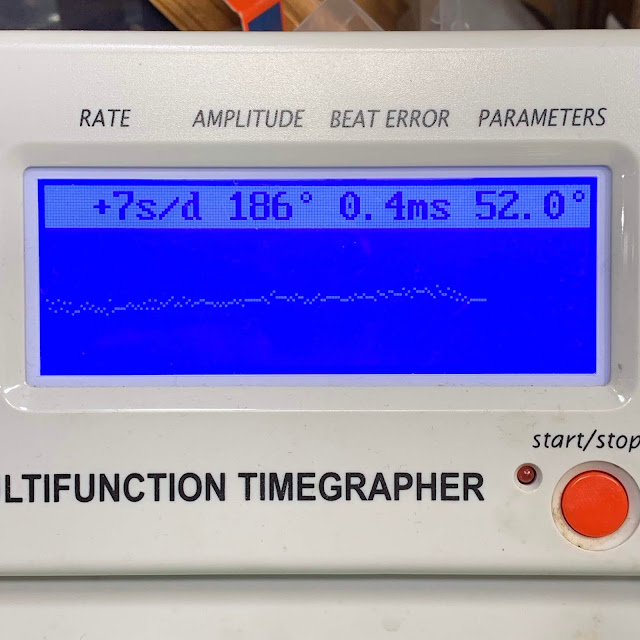 The 4 extra jewels in a 21 jewel version of this movement are in the automatic framework.  Otherwise the main movement is the same between a 17 jewel and 21 jewel caliber.  I happened to have a spare 689 movement so I swapped it out and used the balance from the original movement - low and behold, the amplitude came up dramatically... problem solved. 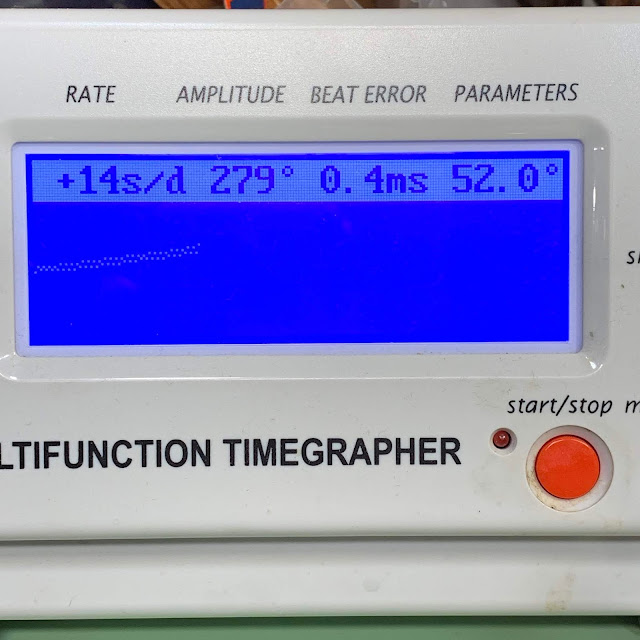 In addition to cleaning the movement, I relumed the hands, replaced the beat up crystal, and installed a slightly smaller, more appropriate crown.  Paired with a light brown alligator strap, this watch really turned out sharp. 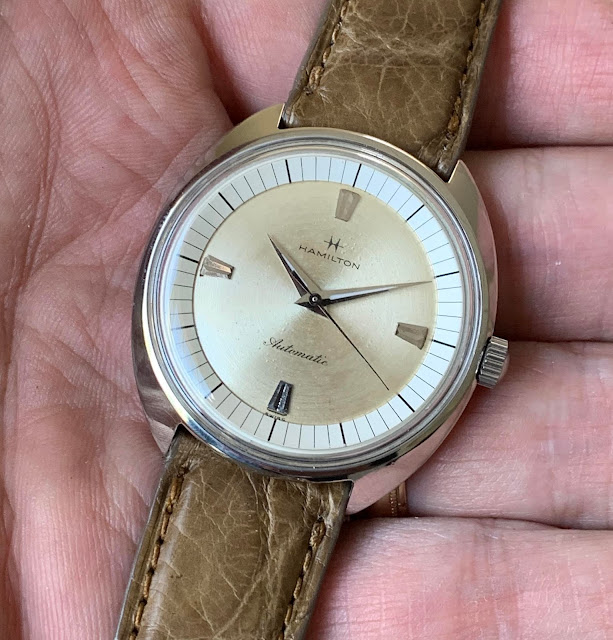