In 1928 Hamilton introduced the Piping Rock - one of Hamilton's most popular models.  It was originally produced through 1935 with a 6/0 sized, 19 jewel 979 movement.  The solid 14 gold case came in yellow or white gold and had flexible lugs.  The dial only has a minute track and sub-seconds register.  The roman numerals for the hour markers were defined by a black enamel band applied directly to the case.

One of the most interesting aspects of the Piping Rock is it was given out to the 1928 World Series Champion New York Yankees.   Back in the day players would get watches instead of rings.  Each watch was engraved on the side opposite the crown with the name of each recipient.  Considering the 1928 team had the likes of Babe Ruth and Lou Gehrig, these watches command a huge premium.

After a long period of unavailability, the Piping Rock was re-introduced in 1948.  This time with an 8/0 sized, 17 jewel 747 under the hood.  The 14K gold case was very similar to the original but the flexible lugs were redesigned so they were more angular and sturdier.   If you look closely, you will also note other design changes, like pointex-syle hands and a recessed crown.  The watch was very popular and continued to be produced until 1954. 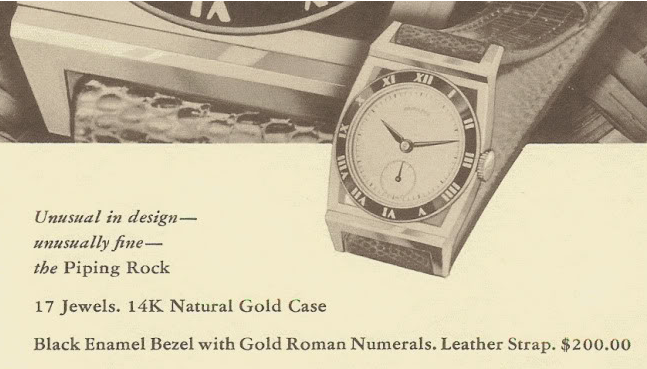 Finally, in the 1990's Hamilton reintroduced a Yankees version of the Piping Rock in an 18K plated stainless steel case.  The watch came with either a 17 jewel mechanical movement or with a quartz movement.  Like the original, the dial is fairly plain and the roman numeral hour markers are part of the case.  The markers are so shiny that often the watch looks like it has just a black band unless the light strikes the case so the numerals reflect the light.   The modern Yankees version also featured an engraved case back to match the special 1928 New York Yankees watches. 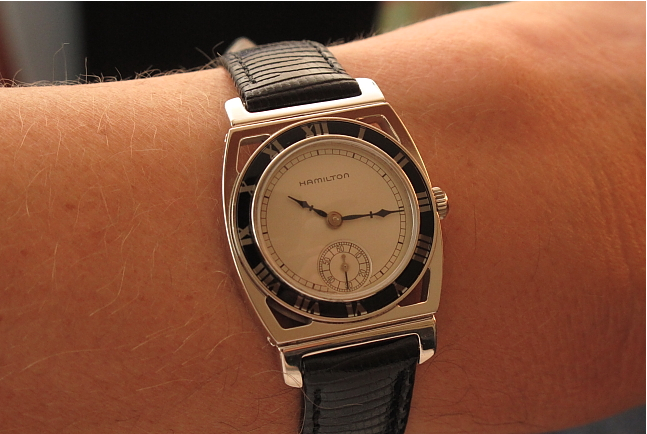 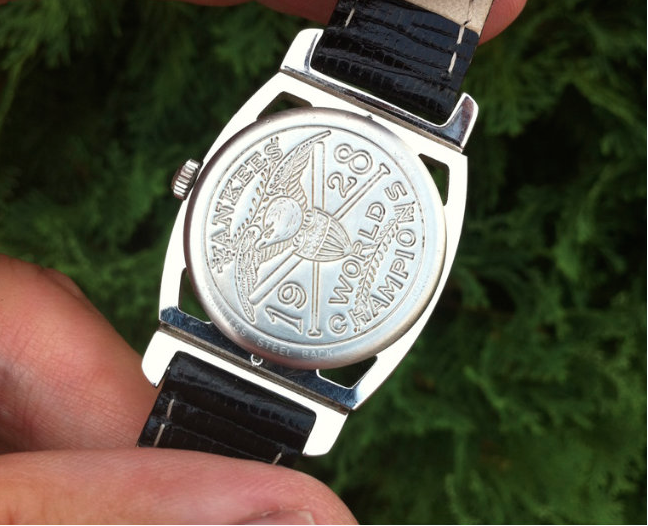