Three different dials were available, an AGN dial, and applied gold marker dial, and an inlaid enamel dial.  I think the AGN dial is the most common.  The other two are rarely seen but I don't know the production stats for them.

The 14K gold filled case is typically found with at least a little wear to the high points of the stepped bezel.

These early 14/0 watches are a little small, or better said, a little narrow, compared to the 6/0 sized watches from the same period, which are wider and present themselves as larger.  By today's standards I think these early watches are just as wearable by women as they are by men.

I'm lucky enough to have found an AGN and an AGM dialed Nelson and I enjoy when it's their turn for some wrist time. 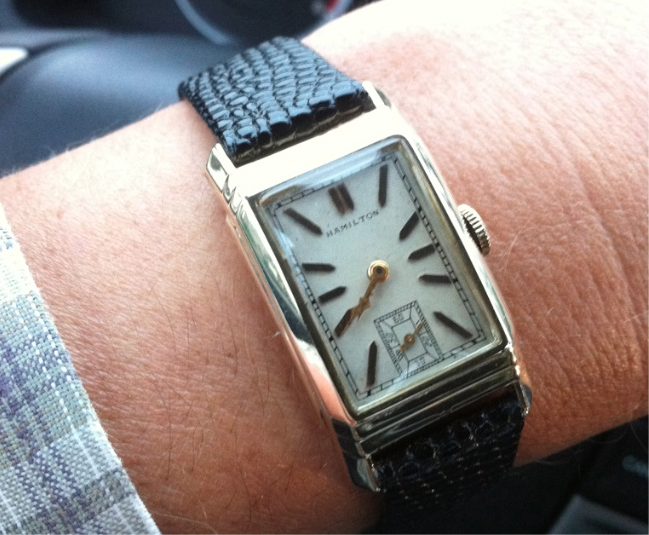 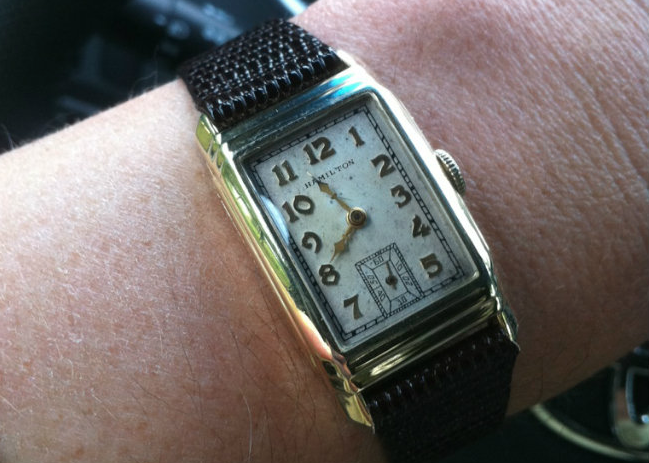 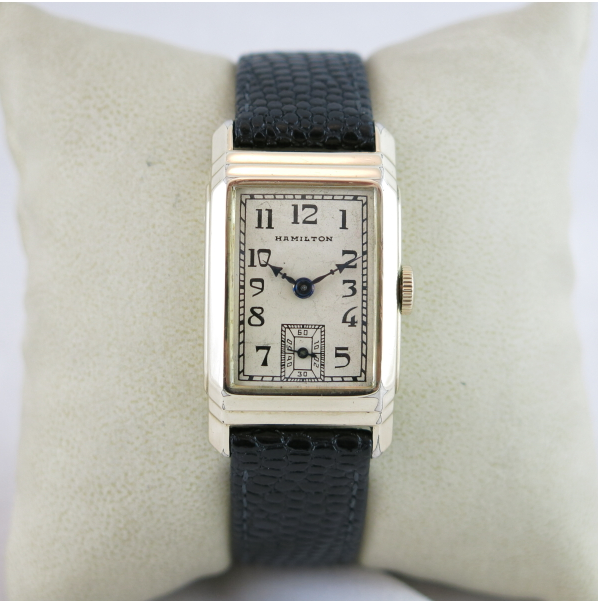