1969 is a natural stopping point for many Hamilton collectors.  That's the point Hamilton was purchased by a Swiss company.  American production of movements ceased although watches were still assembled in Lancaster for some time to come.

1970's watches often have a look all to their own and they can be a challenge to identify as there aren't a lot of catalogs available.   Many watches became a lot bigger, chronographs were introduced, dive watches, etc. were all 1970's themes.  However, many design attributes of the 1960's carried forward too.  One example is the Day-n-Date 6002. 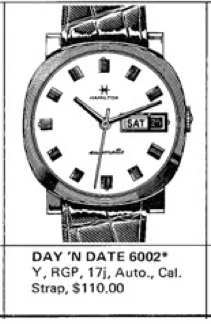 The main reason this watch caught my eye is the cushion shape.  That, and it needed a lot of TLC, it was pretty beat up and missing it's crown.  It has a Swiss-made automatic movement inside.

Watches and clocks are often described by their "complications".  Things like the ability to show the day or the date are complications.  A stop watch (chronograph) function is a complication.  I think that's a great description for these attributes, as anytime I get a vintage watch with a day and date function the first challenge is often figuring out how to set it!

It took me quite a while to figure out the day is is set on this watch by pushing the crown in! 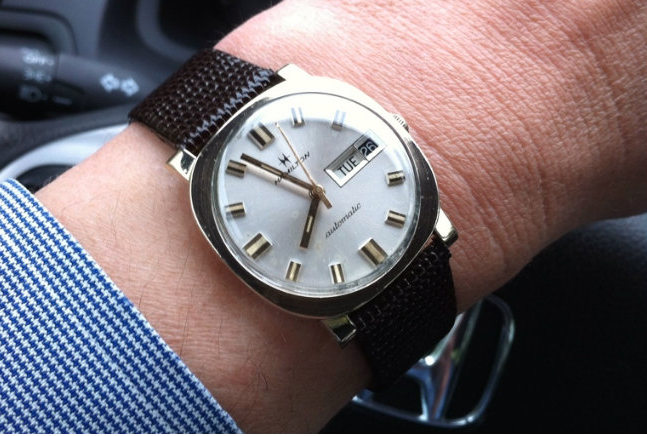