Asymmetric watches are a very popular genre within Hamilton collecting.  There are lots of very cool looking watches in this class and most of them are from the 1950's.  However, the first asymmetric watch was introduced in 1928 with the Spur.  Another early example is the 1938 Brooke - it was produced for only two years. 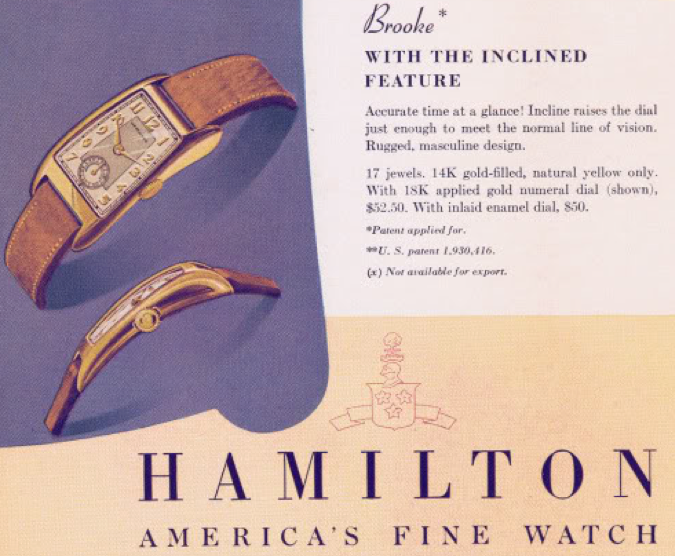 The Brooke was introduced along with several other "curved to fit the wrist" models like the Linwood and the Contour (among others).

The Brooke comes in a 14K gold filled case with either a two-tone sterling silver dial with applied gold numerals or a inlaid black enamel dial.  Behind the dial you'll find Hamilton's 14/0 size, 17 jewel 980 movement.

What makes the Brooke especially interesting is the odd shape of the case.  It's wider at the bottom but deeper at the top.  It reminds me of when I was a kid and I saw the album cover for Queen's 45 record called "Fat Bottomed Girls"…  you make the rocking world go 'round... 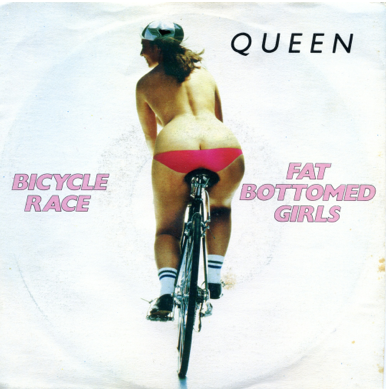 Anyway, the Brooke is an uncommon model and will always command a premium when it's in good shape.  I recently landed an example for myself and I think I got lucky because the only thing "wrong" with it is some scratches on the dial.  Getting the dial redone would take care of that.

Here's some photos to show you how unique this watch's shape really is.  It's designed to lay flat on your wrist but with the dial angled so that it is easier to read. 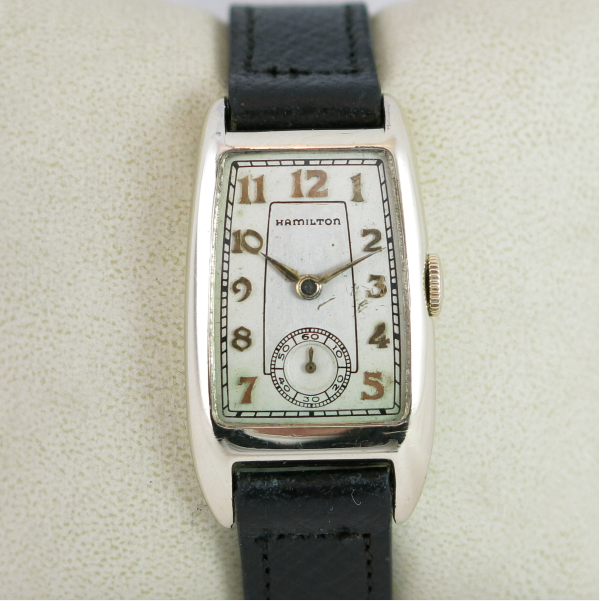 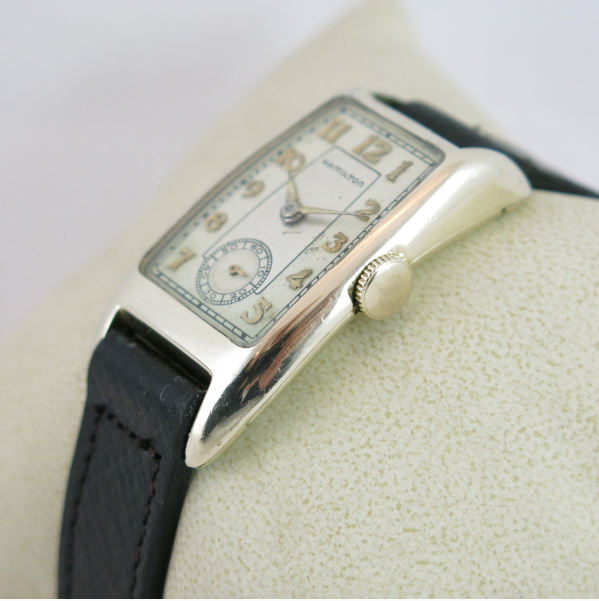 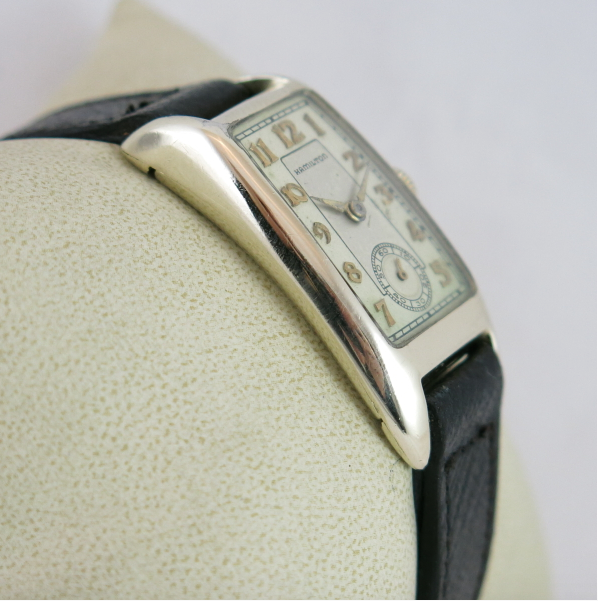