Bracelets were commonly paired with models in the 1950's and 1960's.  I know several collectors with awesome collections of Hamilton watches along with their correct matching bracelets.  In some cases the bracelets are more valuable than the watches themselves.

In most cases only one bracelet was paired with the model but there are quite a few situations where the bracelet changed depending upon the year. 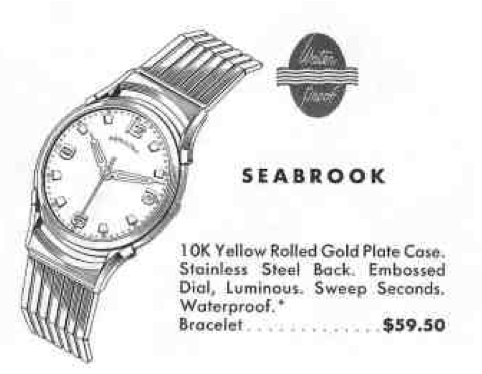 Then in 1959 it received a different style bracelet. 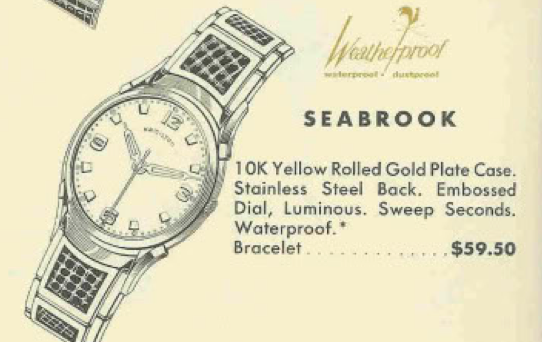 And again in 1960 it received a third style bracelet. 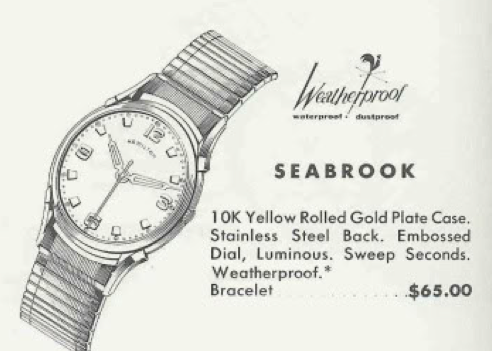 Regardless of the model year, the Seabrook came in a 10K yellow RGP case with a stainless steel back.  The embossed dial could look familiar to you - it's very similar to the 1958 Accumatic III - but that dial will say AUTOMATIC on it.  The dial is textured with a funky pattern of small ridges - so I doubt it refinishes well.

Behind the dial on a Seabrook you will find a Hamilton 671 movement.  This 17 jewel grade was made by the Swiss manufacturer ETA - the same company that makes today's modern Hamilton watch movements.

I bought a Seabrook project watch and it must have been well-loved - because it was very heavily worn.  It came on a bracelet - but it's an aftermarket Speidel and not original to the watch. 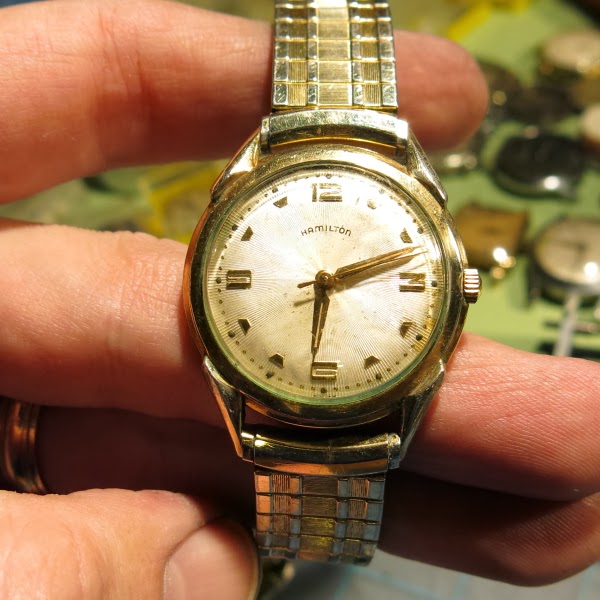 This style of back has a ring and a cover - so you unscrew the ring and the cover just lifts off.  I find these rings challenging to remove sometimes because my wrench doesn't fit squarely in the slots in the  ring.  .But after a little penetrating oil and some serious elbow-grease I was able to break it loose 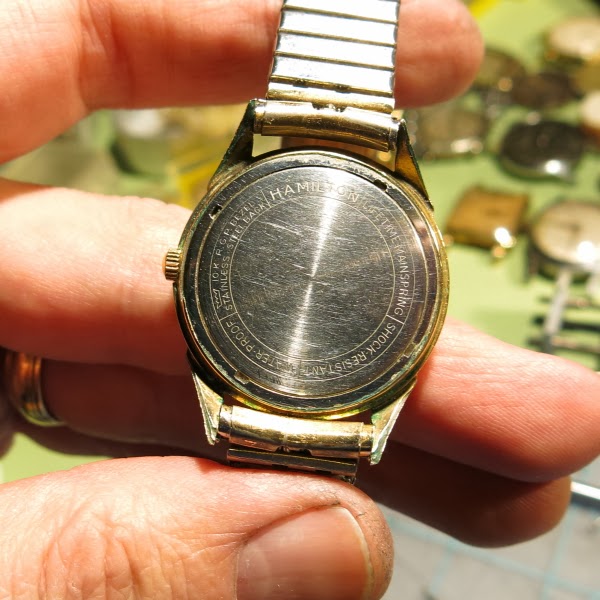 With the back cover removed, the least worn part of this watch appears to be the movement - it's in great shape. 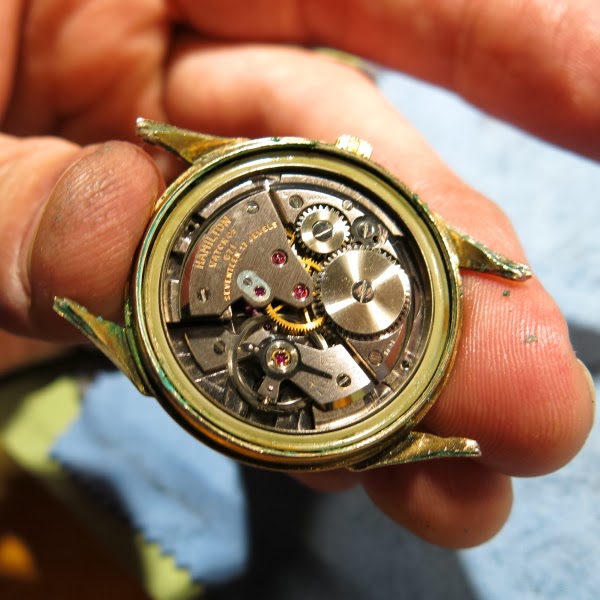 With the movement removed from the case, I can see that the dial isn't too bad - a little dirty around the stem but otherwise fairly clean. 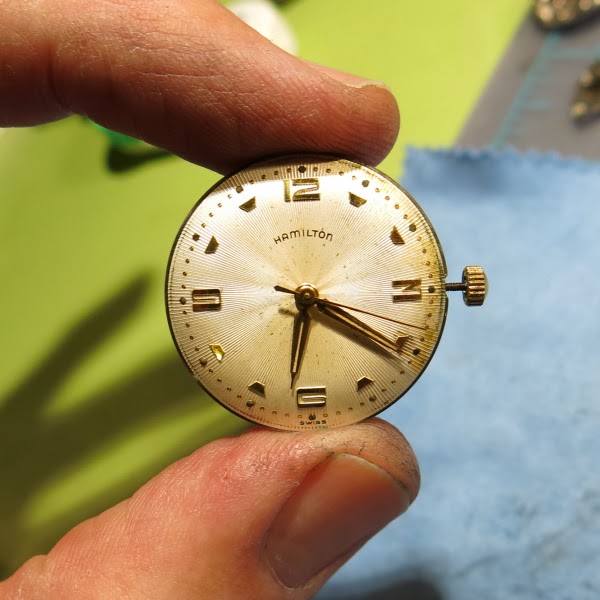 Everything is cleaned and set out to dry before reassembly.  I also installed a new crystal to the freshly polished bezel.  A new crystal can make even the most shabby watch look a lot nicer. 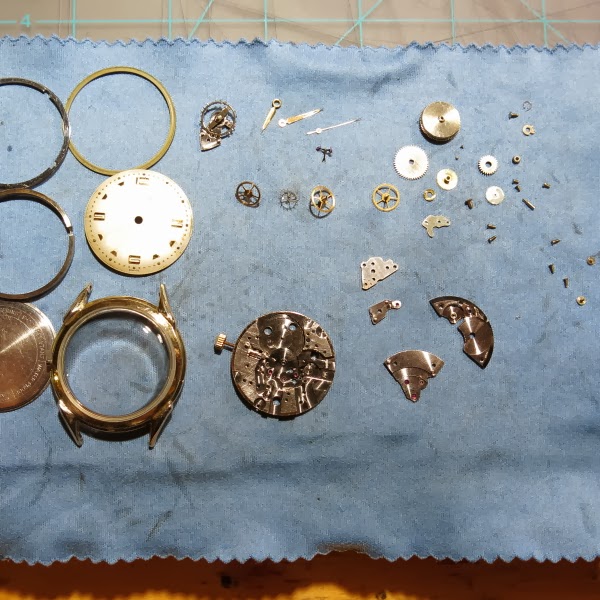 The 671 movement has a fixed hair spring stud location on the balance cock, so adjusting the beat error requires removing the balance and rotating the collet-end of the hairspring on the balance itself.  I've done it before and it's a pain.  It also risks screwing up an otherwise fine balance.  The beat error represents how far the  balance swings to one side or the other and it's based on how well centered the impulse jewel is with the pallet fork.  A low beat error allows the watch to run until it exhausts the mainspring tension.  A high beat error will stop the watch a little sooner.

I prefer a beat error less than 1ms but since the beat error on this watch isn't too bad I will leave it as is. 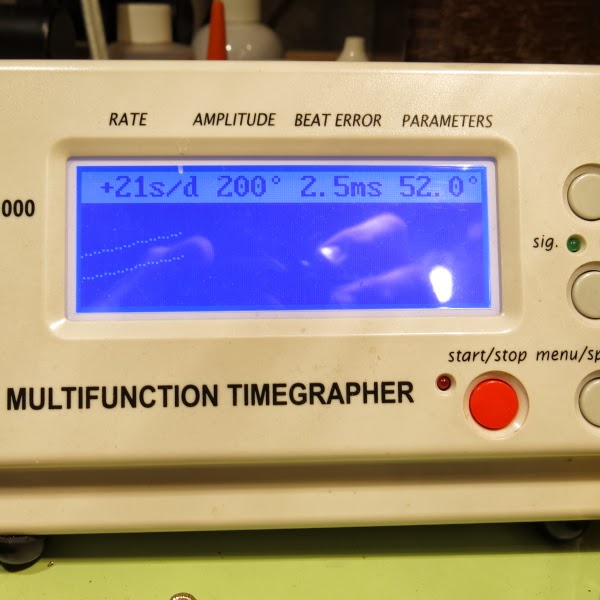 I decided to leave the bracelet on the watch.  It's not great, but it's now clean and it matches the "rugged look" of this well-worn watch.  My camera is very honest and earnestly points out every flaw so you can see the gold loss to the high points of the case.  The dial cleaned up nicely though so this is a well running watch for casual occasions. 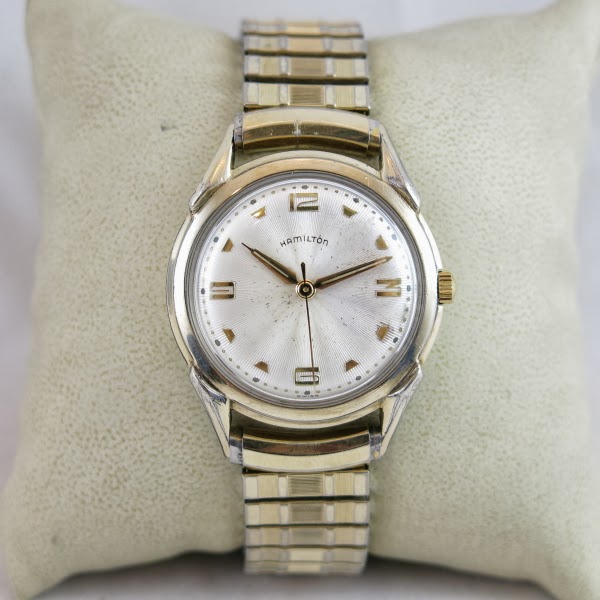 Here's another Seabrook with it's original 1959 bravely by JB Champion. 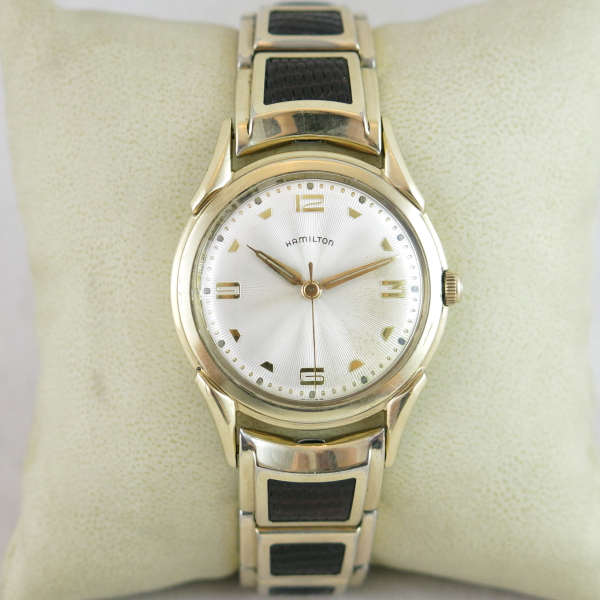