Hamilton made quite a few watches with diamonds on the dials.  At the same time, there are lots of private jeweler-cased, diamond dialed watches with Hamilton movements.  The authentic models are very collectible and the private-cased models are only worth the movement and the value of any gold in the case.  So when you see a diamond-dialed watch you should think… "buyer beware".

In 1963 Hamilton introduced a model line called the Lord Lancaster series with diamond dials and a variety of movements as well as case materials.  So you will see solid gold models, gold filled, and rolled gold.  Most models came in white only but a few came in yellow too.  There are electric, mechanical and automatic versions in the Lord Lancaster line.  They all have black straps in various styles.  They're often diamond-dialed versions of other Hamilton models from the same period.

One of the later-introduced models is the 1966 Lord Lancaster R.  It was produced through 1969. 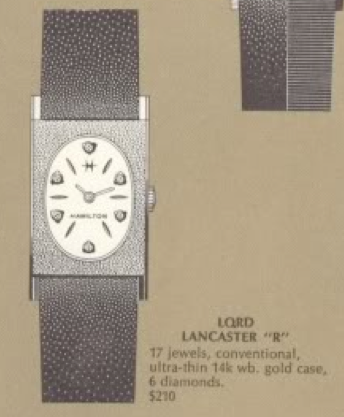 The Lord Lancaster R comes in a 14k solid white gold case.  There are six diamonds on the dial.

Tucked within the case is a Swiss-made Hamilton 680 movement.

I recently purchased a Lord Lancaster R because the price was right.  It was listed as "recently serviced" and was in excellent shape when it arrived.  All I had to do to it was put a nicer strap on it and change out the crown to a correct Hamilton version. 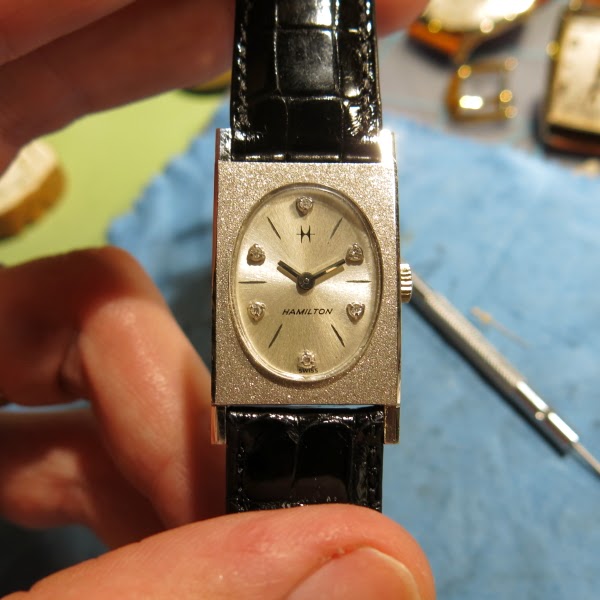 The 680 movement is tiny - about the size of a nickel.  It's actually large for a ladies movement (I've seen a lot smaller) but the 680 is definitely a small movement.  In fact, the Lord Lancaster R is a very small watch and is better suited for a woman than a man by today's standards.  So my new strap is an 18mm short - just right for lady of the house. 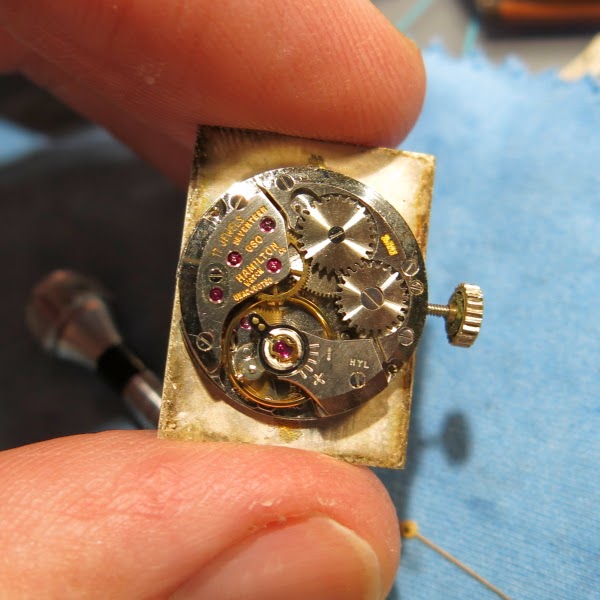 The watch is running very well on the timer so I'm inclined to believe the recent service claim in the listing was true.  If you look closely, you'll see the beat rate is 21600 beats per hour - which is 6 beats per second rather than the typical 5 beats per second of most vintage watches. 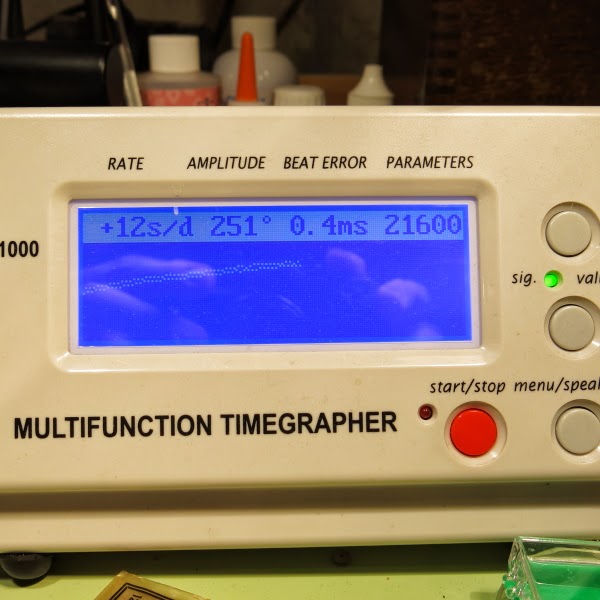 Well, with a new genuine croc strap and an authentic Hamilton crown, this Lord Lancaster R looks as good as it runs. 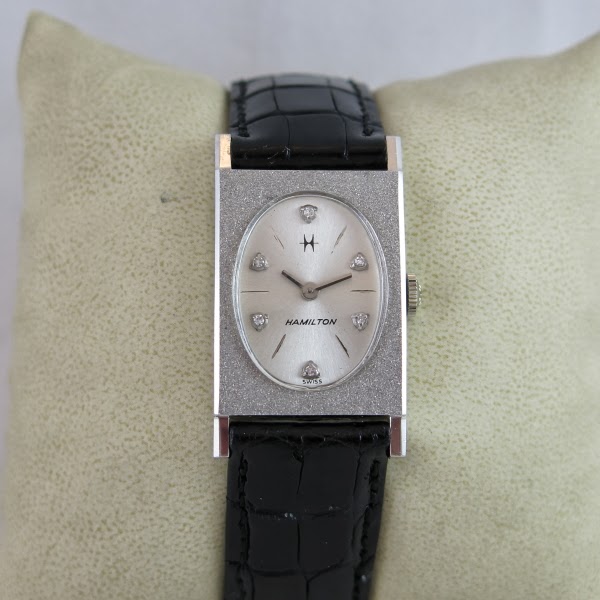 This watch was engraved to a "diamond jubilarian".  That's a 60th anniversay or 75th!  So whoever received this watch in 1968 started whatever they were doing in 1908 (or even earlier).  Wow!  What a great and fitting tribute. 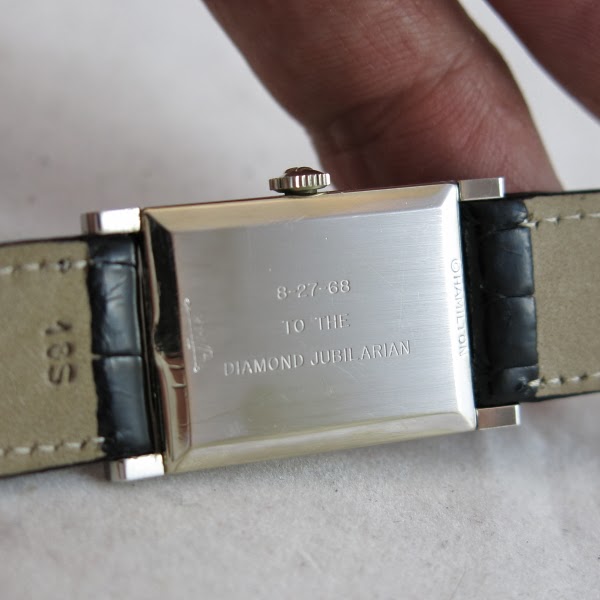