Shortly before WWII, rose gold became very fashionable, just as it is today, I understand.  Several watch manufacturers introduced rose gold models and Hamilton was no exception.  There are solid rose gold as well as gold filled wrist watch and pocket watch models starting in 1940 and continuing into 1941.  There are ladies examples too.  The war cut the trend short though, and rose gold (or coral gold, in Hamilton parlance) was not reintroduced after the war.

One of the 1941-only models was the Coral Martin.

The Martin came in yellow gold filled as well and continued to be produced after the war but the coral gold filled version was only available in 1941.

The Coral Martin came in a 10K gold filled case with rhodium-plated 18K gold numerals with matching hands.  The salmon-colored dial also differentiates the Coral Martin from the yellow version.

Tucked inside the case is 6/0 sized 17 jewel 987A movement.  This movement, along with it's sweep-second sibling the 987S, would be dedicated to military watches throughout the early 1940's.

I've wanted to snag a Coral Martin for some time now and the trick is to find one without wear to the tops of the rounded lugs or the case back - this challenge applies to the yellow version too.  There are plenty of yellow Martins out there but it's tough to find a nice rose-gold version without it being heavily worn or very pricey.

I actually bought a project watch a month or so ago - I took a risk on some really lousy photos and it turned out to be a bit of a franken, I'm afraid.  I think the case had been poorly re-plated to look rose gold and the dial was salmon colored but had yellow numerals!  I was kind of angry at first, but the price wasn't too bad so I just chalked it up to a spare 987A movement and a learning experience.

Anyway, I recently saw a much better example and as luck would have it I was able to snag it for a good price too.   It arrived to be in good shape overall.  All it needed was a good cleaning. 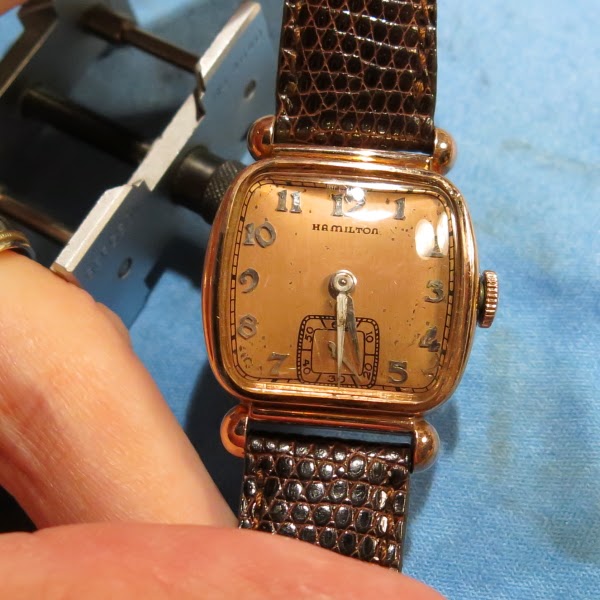 The crystal is a replacement and not quite right.  Although the outer shape is correct, it's curved profile is a little off and it looks a little silly.  I happened to have a correct replacement crystal saved just for this purpose... I knew I'd find a Coral Martin someday. 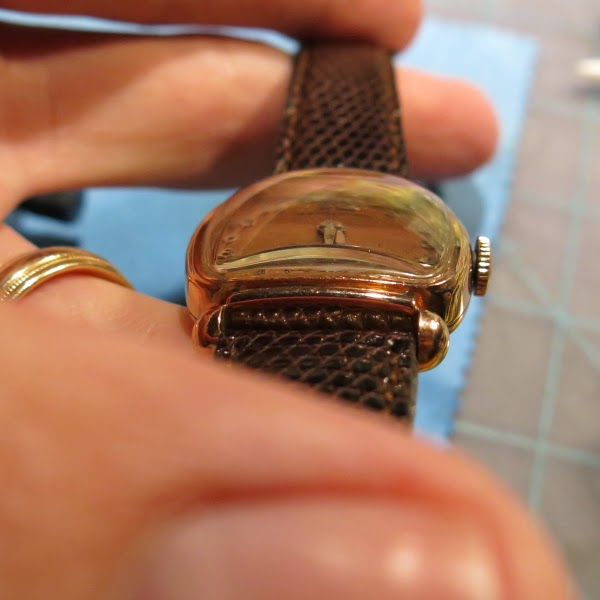 The 987A has a slight haze about it - a good indicator that a cleaning is in order.  The serial number dates to 1941 - just as it should. 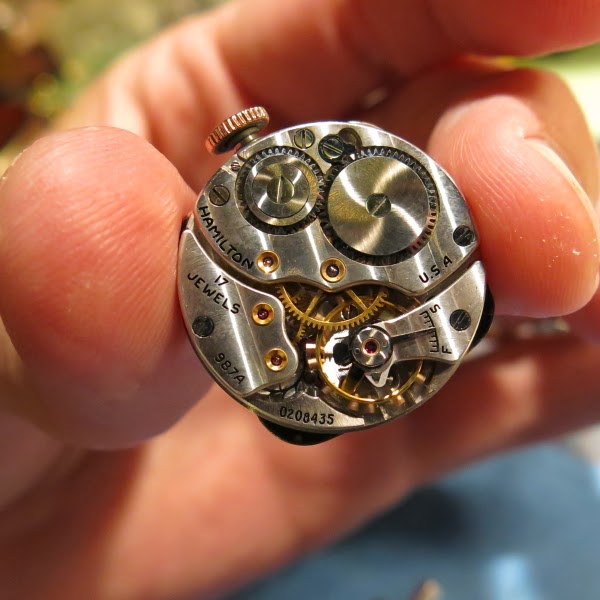 The back of the dial is unengraved and gives every indication that it's original.  It has some age spots but isn't bad enough to warrant being redone, in my opinion, but that's a personal preference. 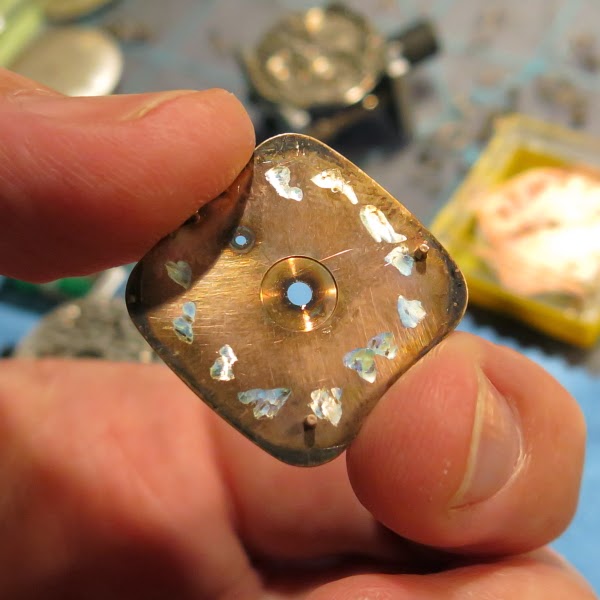 Here's the correct crystal for a Martin - note it has a lower profile on all four sides. 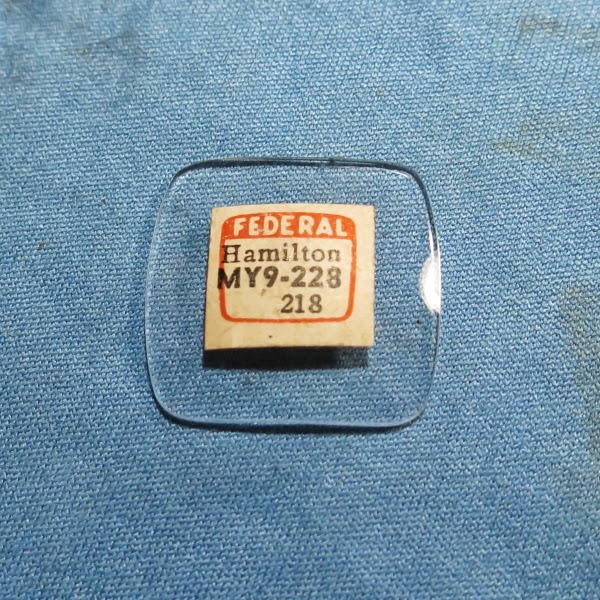 Everything is taken apart, cleaned and dried before being reassembled.  I also put a fresh mainspring in the barrel - which I tend to do with every watch from this period. 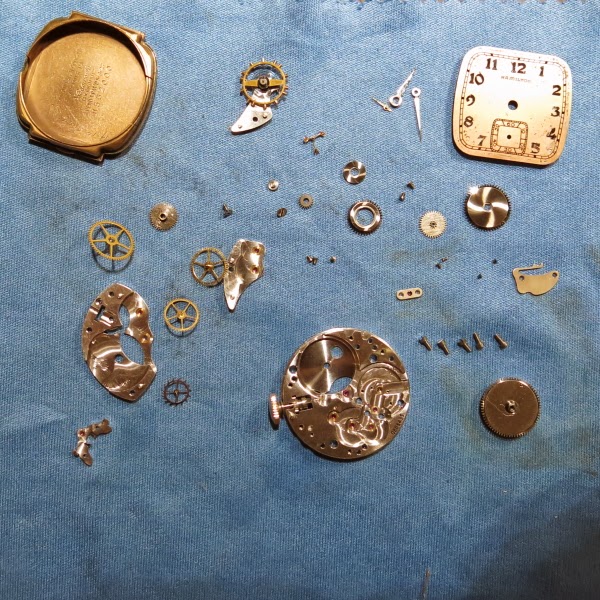 The now reassembled watch is placed on the timer to see how it's running... 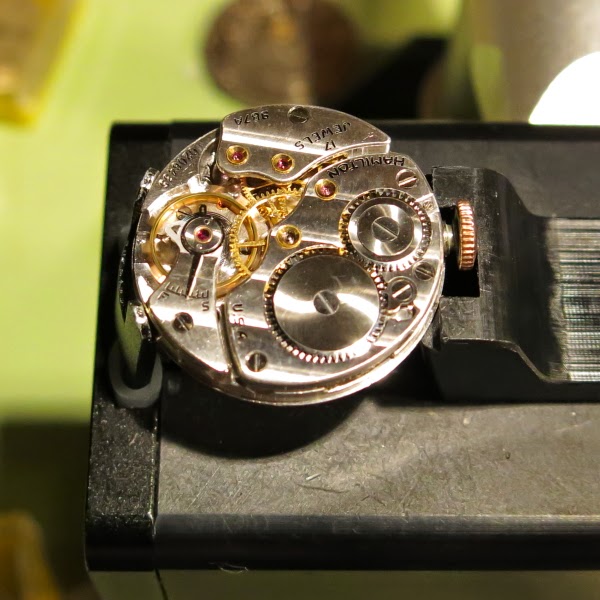 8 seconds slow per day right out of the chute - that's not too bad at all.  The amplitude and beat error are looking good too. 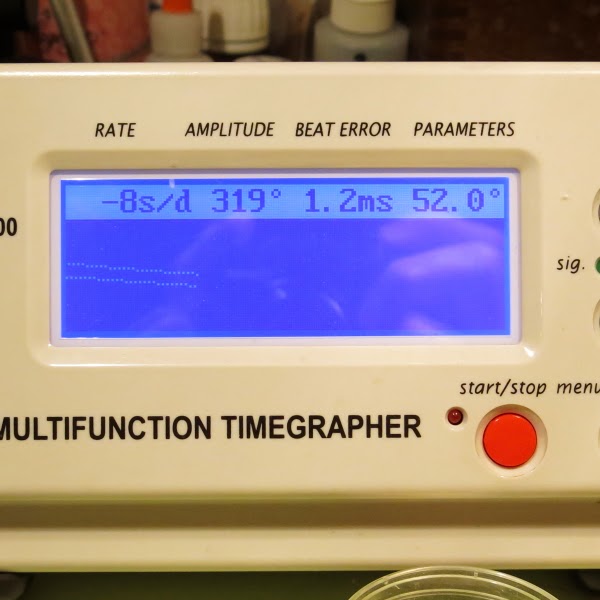 And here's the finished product on it's pillow shot.  I think the new crystal looks loads better than the old one.  The old one may have fit but the curved contour made the dial beneath it look wacky.  You can see that there is very little case wear on this example - the lugs look excellent.  This turned out to be a really nice project, I think. 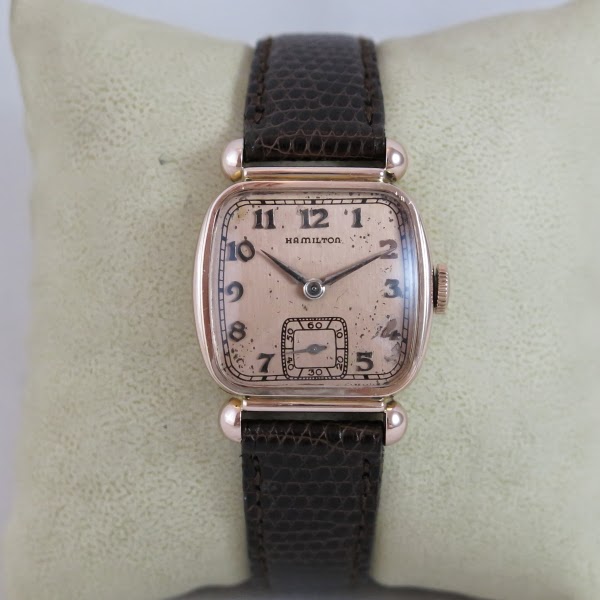