There are a lot frankens out there - watches that are an assembly of parts and not official Hamilton models.

One reason for that is Hamilton's movements are so well made that, properly maintained, they will last a lifetime and the first thing to wear out will be the case.   It would be less expensive for a watch owner to re-case their "old" movement in a new case than to purchase a new Hamilton model.  In addition, jewelers could buy old watches and re-case them to look like something new.  Jewelers could even purchase new, less expensive Hamiltons, scrap the cases and then recase the movement and dial in a solid gold case, often with diamonds, for a greater profit.  This happened a LOT with ladies watches and was a practice Hamilton tried very hard to discourage.

Frankens are not of much interest to collectors other than a source for donor movements for real models.

All Hamilton collectors have "earned their stripes" by over-paying for a pig in the poke.

You can quickly tell a franken from an authentic model by looking for a combination of "tells".

The first one is the type of movement inside.  If you see an older 987 movement in a 1950's-looking watch, then you know it's a franken.  The dial on a franken will often say "Hamilton movement" - and is a good indicator that the only original Hamilton part in the watch is the movement.  Lastly, the inside of the case back should say Hamilton Watch Co. - especially if it's after 1940 or so.

I recently picked up a Hamilton project watch that has me stumped but I don't think it's a franken.  There are several known uncatalogued models (like the Oval and the Vancott) and Hamilton's presentation division made uncatalogued watches for companies to issue as service awards.

I thought for sure I would be able to identify my project watch - but no luck so far.  As received, it was pretty beat up and obviously well-used.  The crystal was cracked but otherwise it just looked dirty.   Based on the design and movement inside, I figured it would turn out to be part of the Sea- model line.  So I'm calling this watch a Sea Something, until I can more accurately identify it. 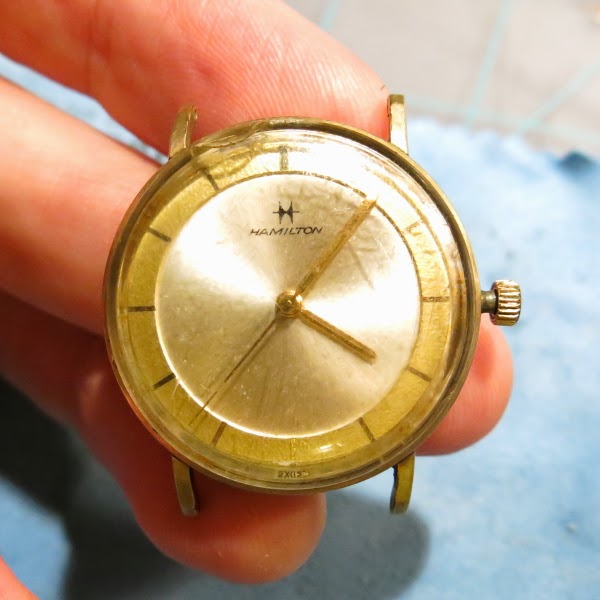 Looking in the catalogs, I can see there are some similar designs but nothing completely frames it.

The first candidate is an Automatic K-419.  The dial is very similar.  The case has some similarities too but the K-419 is gold filled and my project watch is 10K RGP.  I don't know what movement is in the K-419 but if it's like the other K-models it's probably a 661.  That model wouldn't have the same dial feet locations as the ETA movement in my project watch.  However, an ETA automatic like the 672 would use the same dial... so maybe that would be a clue. 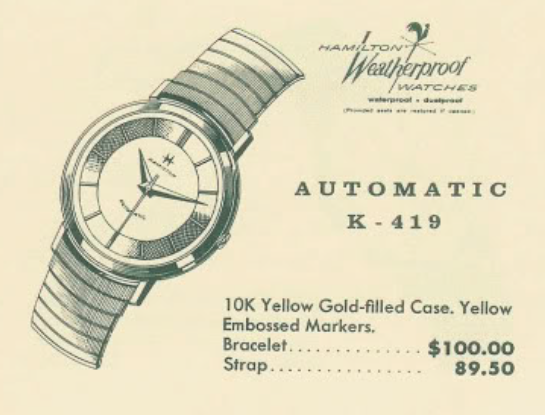 The Thin-o-matic T-451 has a similar dial.  But close observation shows that although the catalog looks similar, the dial description is clearly different. 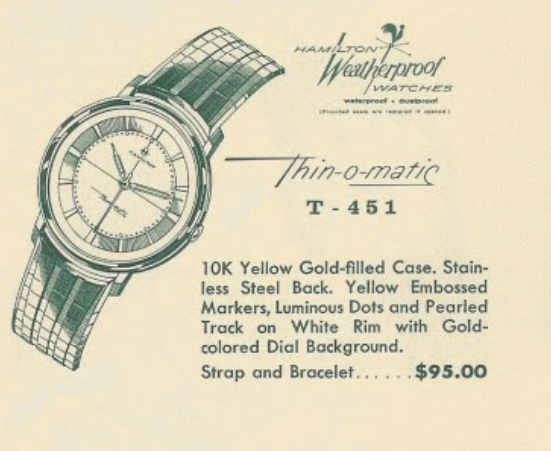 The Sea Guard is a good match too - until you note that the Sea Guard is a stainless steel watch and the indices on the gold chapter ring are pointed  and don't quite match my project watch. 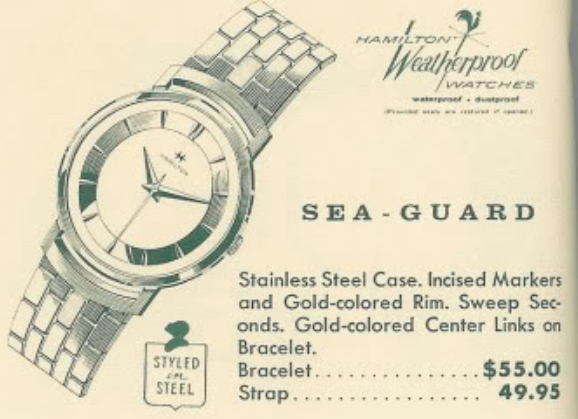 So, all of the above are good clues that my watch is most probably from the late 1950's or early 1960's.  Exactly what model it is remains to be seen.

With the crystal out of the way the appearance of the watch is improved dramatically.  It's funny how better a watch will look with just a new crystal.  This watch is a front-loader so once the crystal is removed the movement will drop out the front. 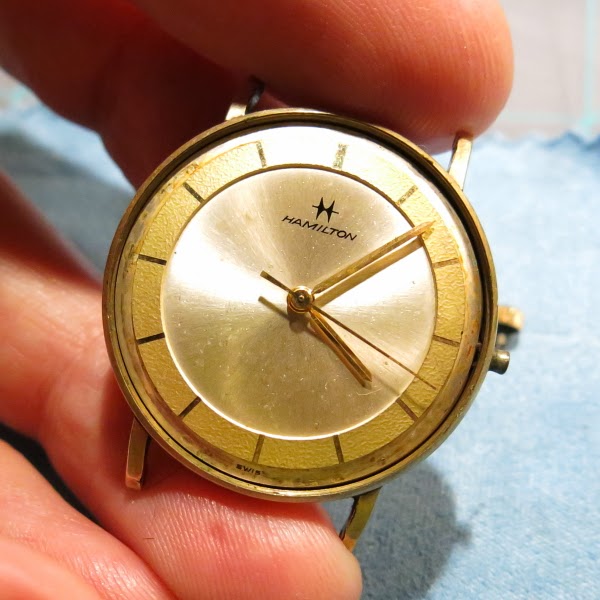 There's a movement-ring that surrounds the movement and keeps it tightly secured in the case.  The 17 jewel 671 movement is a good clue to the watch's age as it was commonly used in the late 1950's and early 1960's. 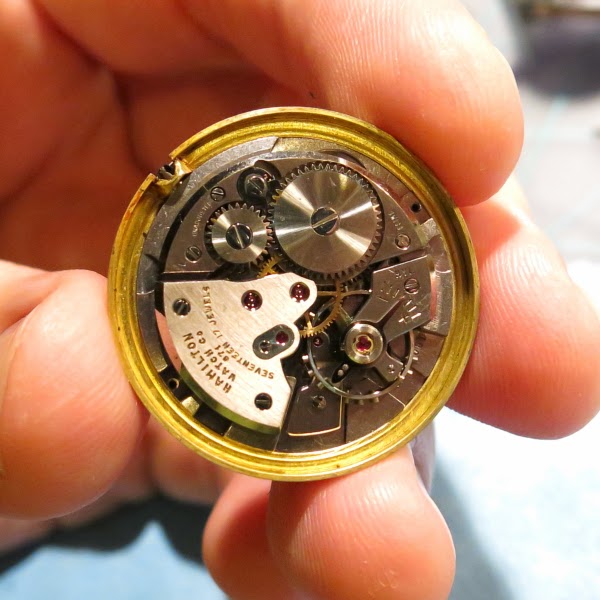 The inside of the case back (and the outside too) is clearly marked as a Hamilton case - so that's a good clue that this is a factory-made model. 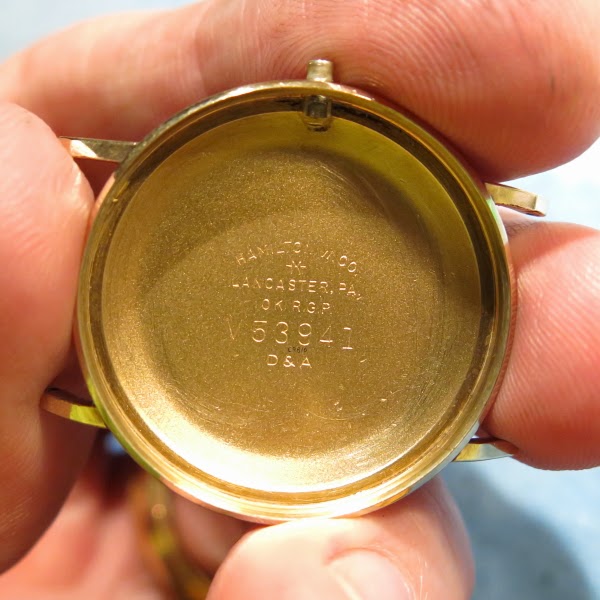 Everything is disassembled, cleaned and oiled so the now running movement can be placed on the watch timer. 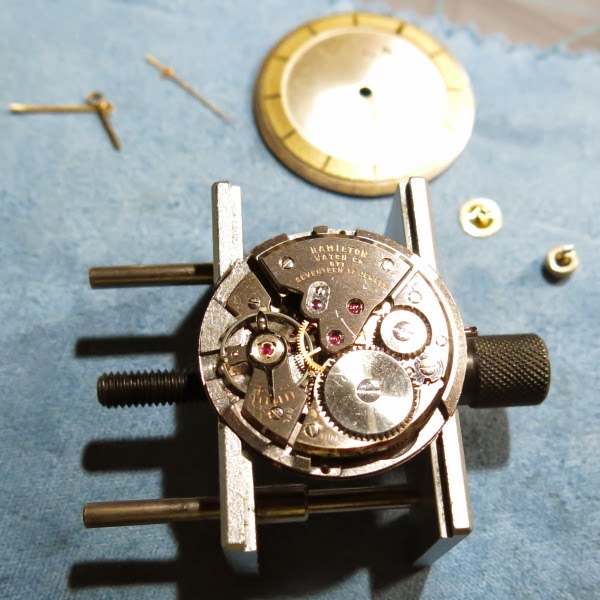 Initially it's running a little fast at about one minute fast per day. 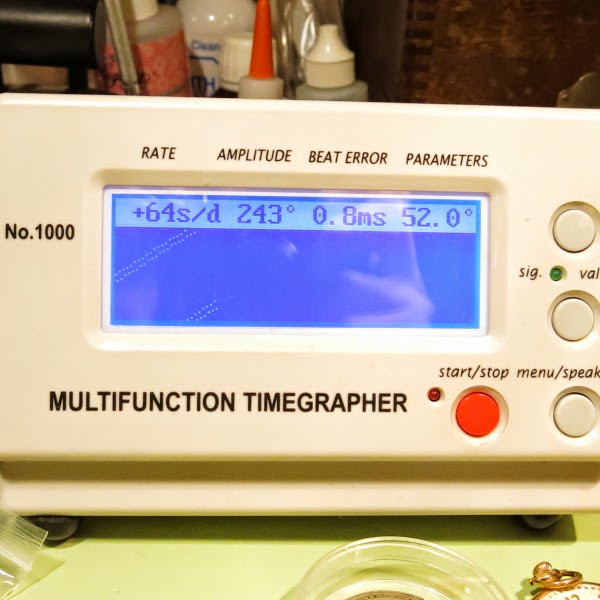 Some slight tweaking to the regulator brings the beat rate right in line. 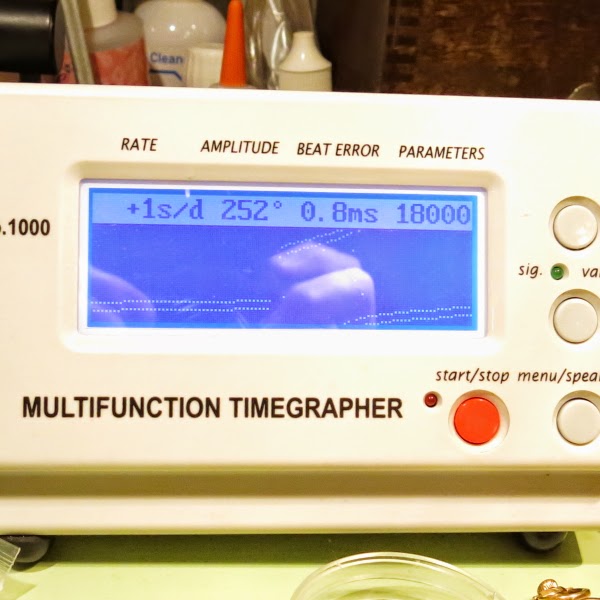 Once the movement goes back into the case, the last thing to go on is a new crystal.  This watch uses a 30.8mm diameter crystal - this is the largest crystal I've ever used (so far) in a vintage watch. 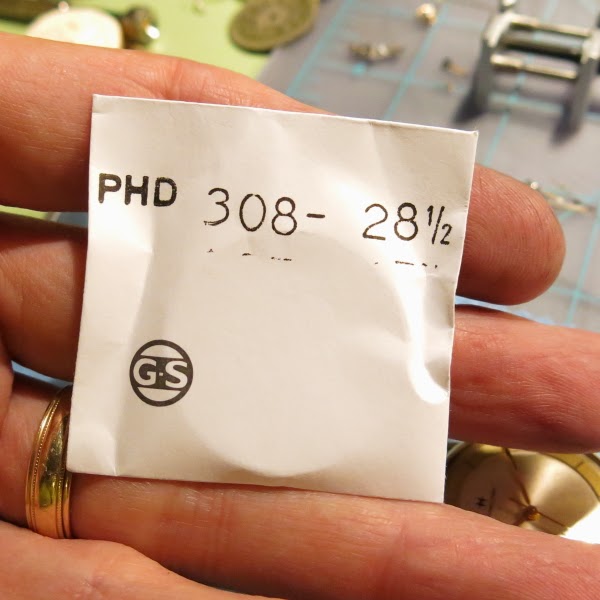 And here's the finished project with a new crystal and new lizard strap.  It's a nice looking, clean design and runs as well as it looks.  Now all I need is to know what to call it. 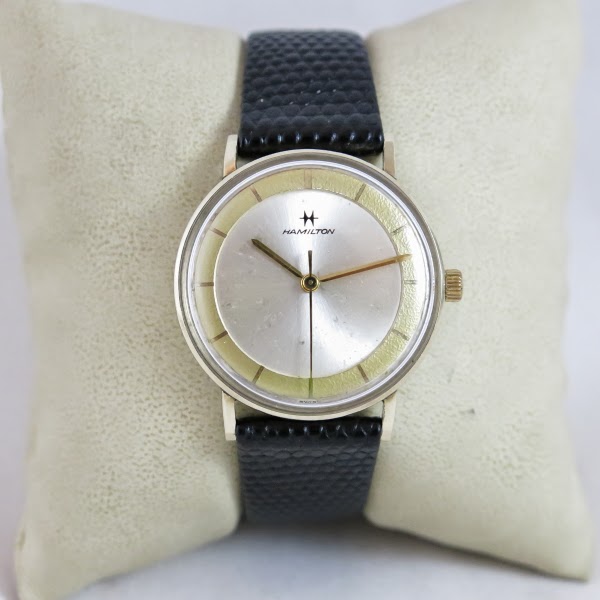 If you think you know what it is or if you have the same watch, please let me know.

UPDATE -  Turns out this is one of Hamilton M-series watches and specifically it's a M-79-1 that came out in 1961.