My normal project watches are inexpensive acquisitions in need of serious tender loving care.  That's part of what makes this hobby so rewarding... seeing the results of a little "elbow grease" and restoring a wreck back to it's original glory.

Of course, sometimes I get an opportunity to work on a true gem.  For example, a fellow collector friend of mine sent me one of his recent acquisitions... a 1951 Scott.  The 1951 Scott was the second model to bear the name but it's way less common than the original 1935 version.  The latter Scott was produced for only two years. 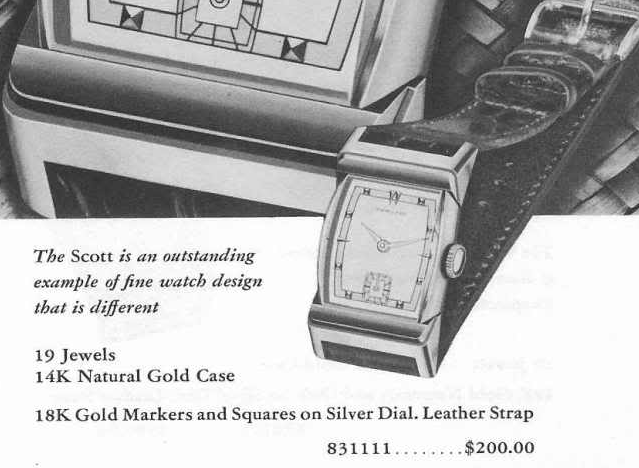 One of the reasons the 1951 Scott is so rare is it is one of Hamilton's high-end models from the early 1950's.  There were only three other watches that were more expensive - and two of those were platinum.

Tucked inside is a 19 jewel 14/0 sized 982M movement.  The 982M is a highly finished version of the 982 movement used in 14K gold filled models but the 982M was predominantly for use only in solid gold models.

My friend's watch arrived with a freshly refinished dial and a new alligator strap - so it looks almost new.   One of the reasons he sent it was a problem with the hands... only the hour hand moved when he set the time. 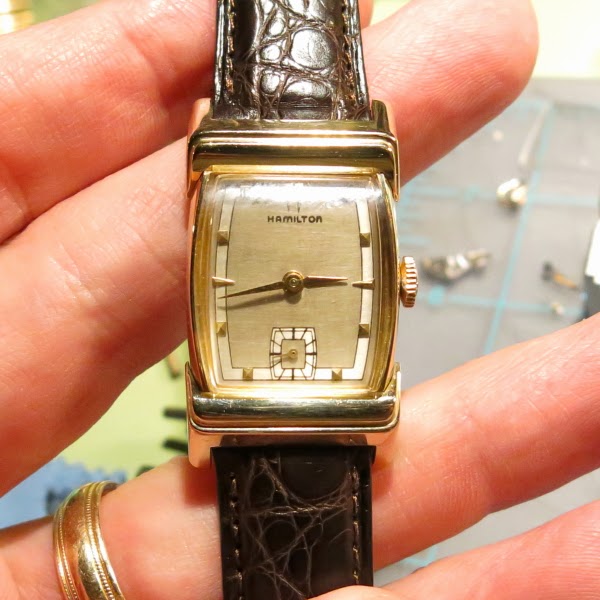 The back of the watch is in nice shaped.  I have found that truly new new old stock watches have a slight brushed finish on the case back.  This one has been polished or worn smooth but otherwise looks great. 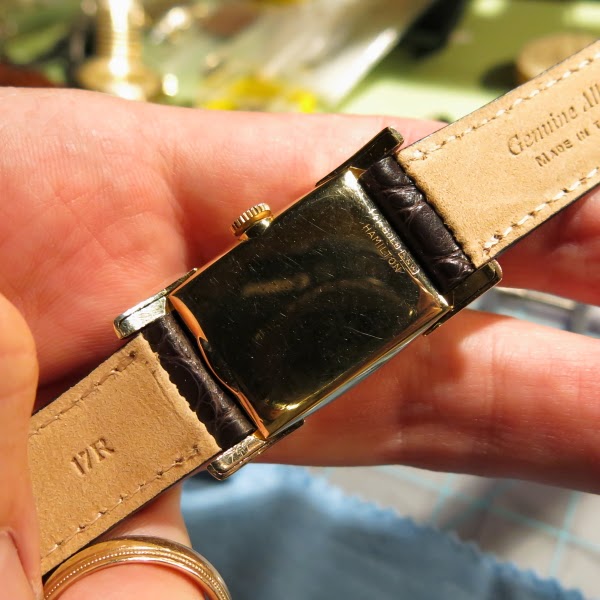 The earlier 982M movements had a solid gold medallion inset into the train bridge but after WWII the 982M movements were given an engraved circle with an M to stand for "medallion".  The engraved text is filled with orange enamel, instead of black like on the regular 982.  982M serial numbers start with M too - as opposed to J like 982 serial numbers. Personally, I think the earlier versions of the 982M with the gold medallion are more attractive, aesthetically, than the latter version. 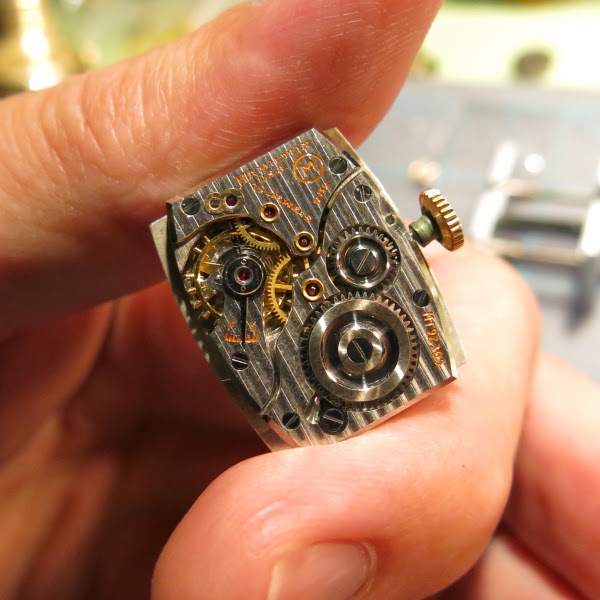 There are four or five watchmaker's marks inside the case so this watch has had a few trips to spa over the past 60 years. 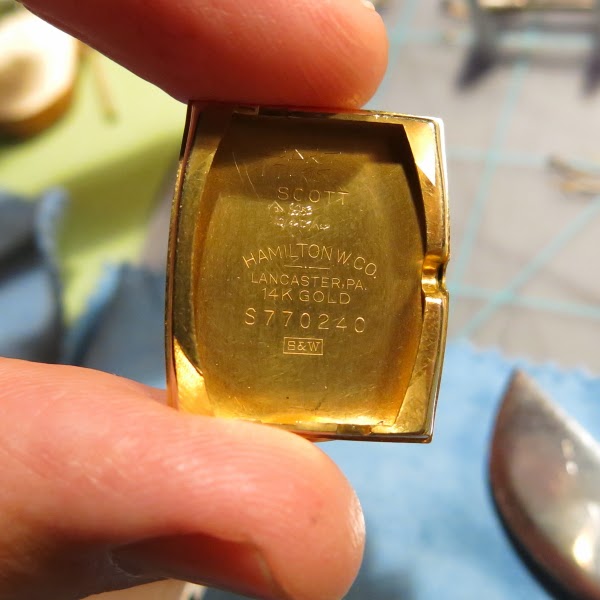 Everything is taken apart and separated for cleaning, including the mainspring.  The main spring that was inside the barrel is a white alloy version so I will just clean it and reinstall it with fresh grease. 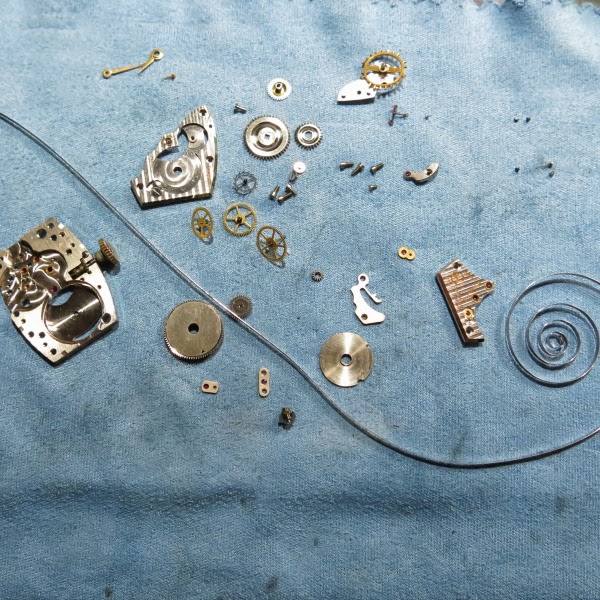 The reassembled movement now sparkles like new - and so goes onto the timer to see how well it's running. 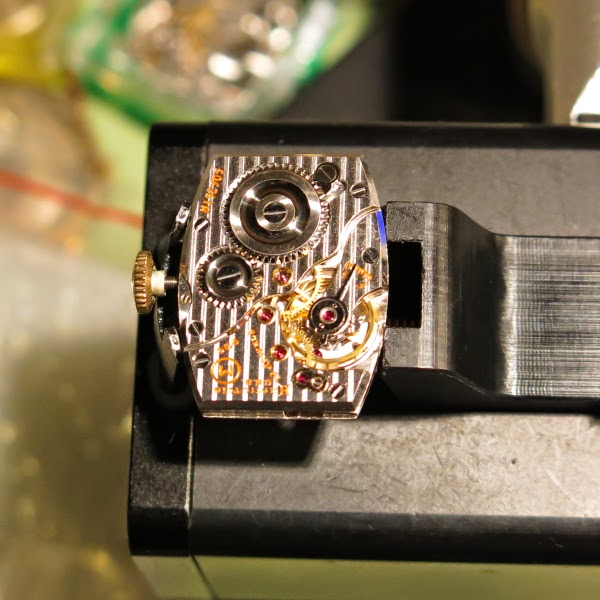 Initially running a little fast, a slight tweak to the regulator slows the watch down to running 10 seconds fast per day, with good amplitude and an acceptable beat error. 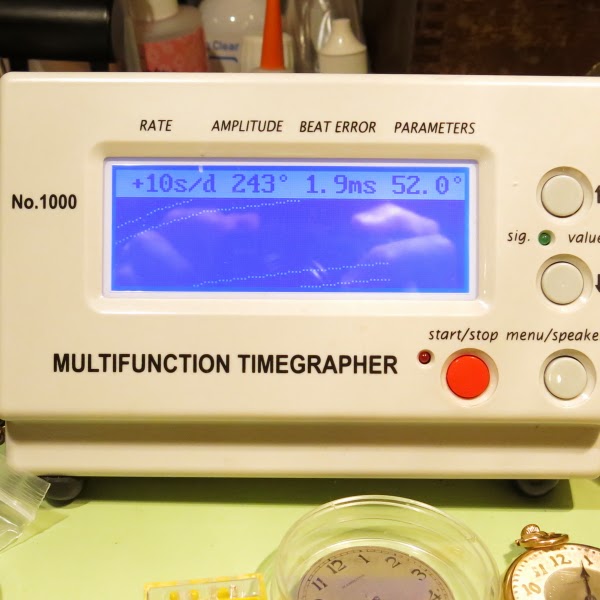 The dial and hands go back on and everything gets tucked back into the freshly-polished case.  This watch now looks and runs just as it did in 1951.  It's a good sized watch too and I'm sure this will be a crown jewel in my friend's Hamilton collection. 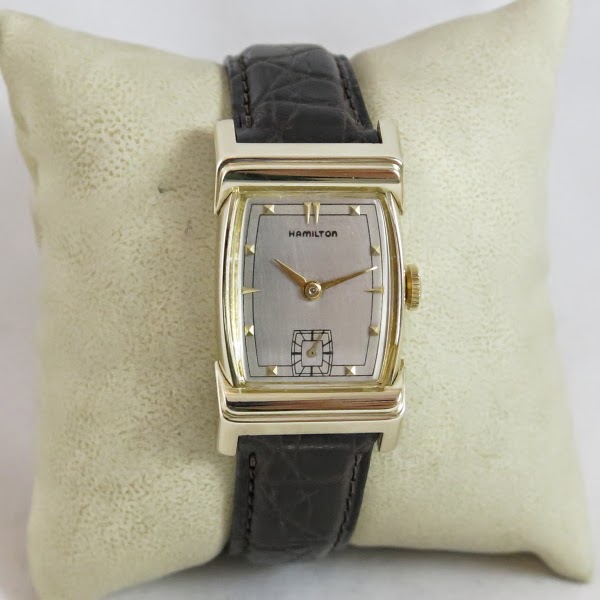