There are 66 different Accumatic automatic models.  The first 16 were identified with roman numerals and I guess that proved too complicated.  Eventually Hamilton named them with the same nomenclature as the Automatic K-series but with Accumatics they were A-series. 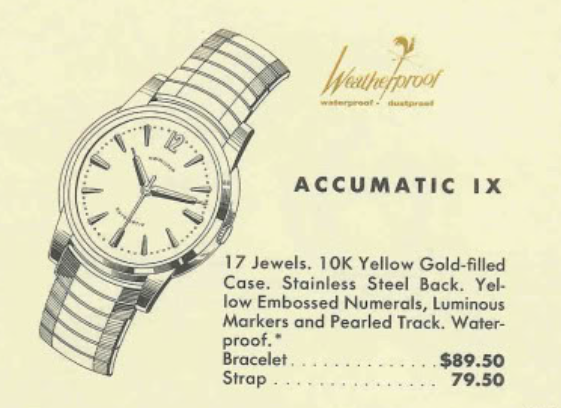 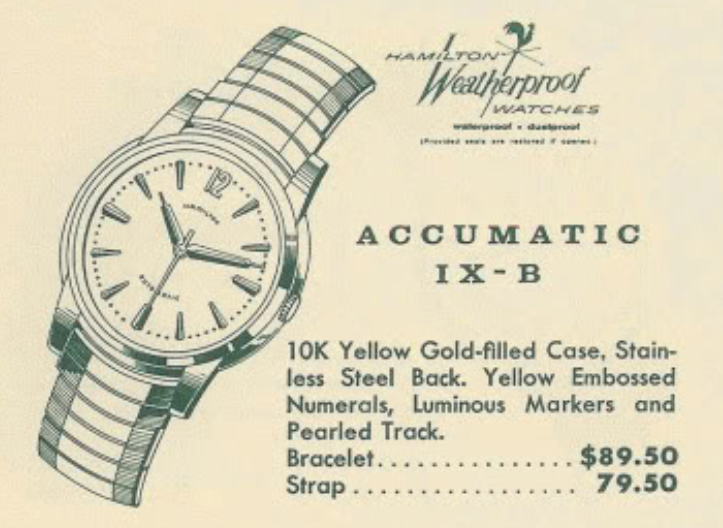 The Accumatic IX comes in a 10K yellow gold-filled case with a stainless steel screw-on back.  The embossed dial has yellow numerals and markers but it also a yellow color too - the catalog doesn't mention that specifically.  The markers had luminous dots and the hands were lumed to match.

I know one of the IX's came with a Hamilton 672 automatic.  This 17 jeweled grade is the same as an ETA 1256.  What's in the other variant, I am not sure.   So if you have this watch with a different movement inside, let me know.

I recently purchased an Accumatic IX project watch and it was listed as running great and didn't need to be wound to wear...  that was partly true.  It did run well but the truth was it couldn't be wound by hand.  Something was wrong with the oscillating weight train - it would wind the watch but if the crown was turned it engaged the rotor (oscillating weight) too.  So one of the gears that transmits the motion of the rotor to the winding wheel had an issue.

Otherwise, the project watch looked like it just needed a good cleaning. 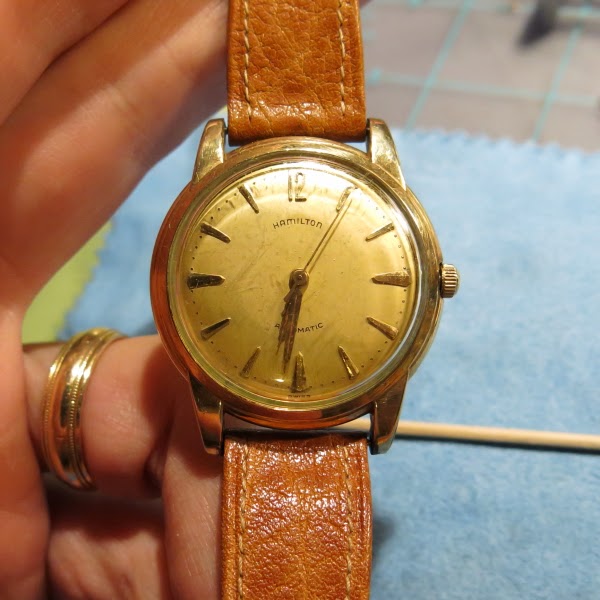 Initially I thought my project watch was a 1960 Automatic K-460 - but when I went to do this post I realized I was mistaken.  Can you spot the difference? 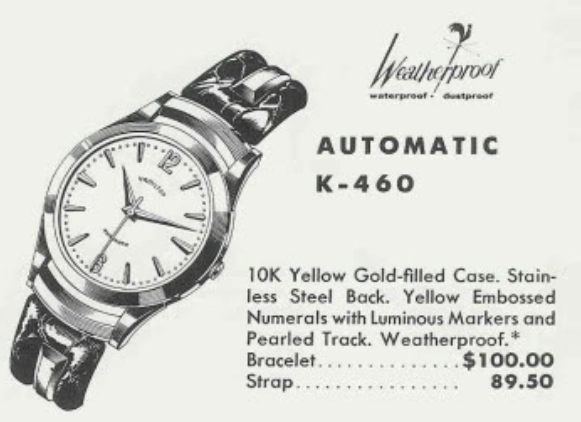 The hands are different - but the hands don't always match the catalog image.  The main difference is the K-460 has a 6 on the dial instead of a marker - otherwise I bet the two watches are very similar in person.

Screw-on backs can sometimes be a pain to open but generally I can break them loose eventually.  This on wasn't too back though. 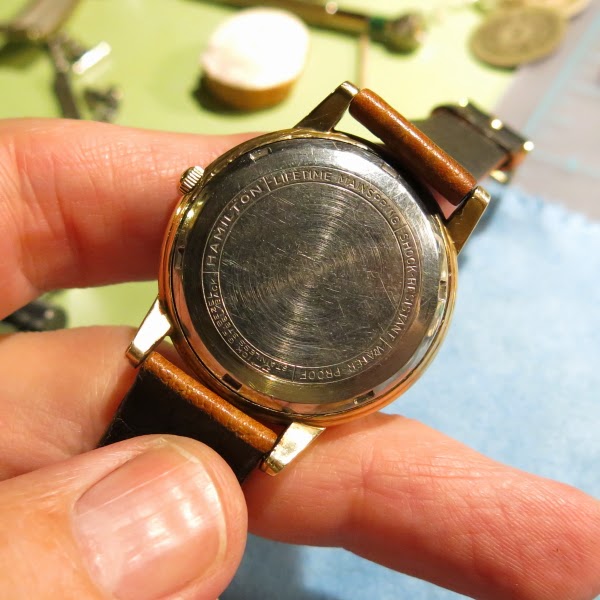 The 672 movement looks just like the ETA movements you'll see in the automatics in the Hamilton's Illinois line from the earlier 1950's.  If I had to guess, I'd say this is an Accumatic IX but that still leaves the movement in the IX-B in question. 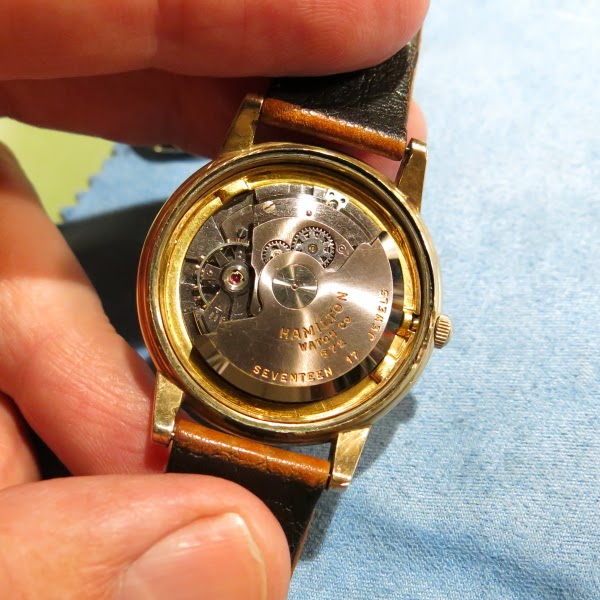 The dial and hands are in decent shape - a little dirty but otherwise they're in nice, original condition. 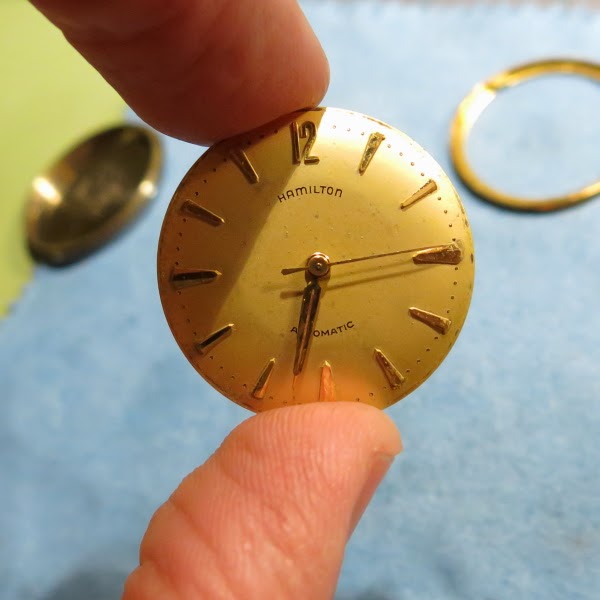 Everything gets cleaned and oiled before being reassembled.  I happened to have a spare 672 so I used the rotor carrier from it to repair the project watch's movement.  With the watch running on the timer, I can see it's running just fine now - and it winds with the crown too. 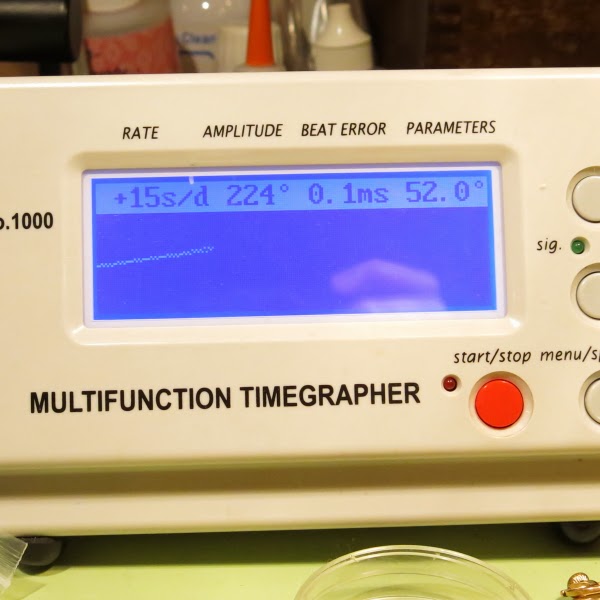 A new crystal and fresh teju-lizard strap completes the watch's trip to the spa.  The Accumatic IX is a good sized watch and the yellow dial makes it a unique model too.  I think the brown and the gold look great together. 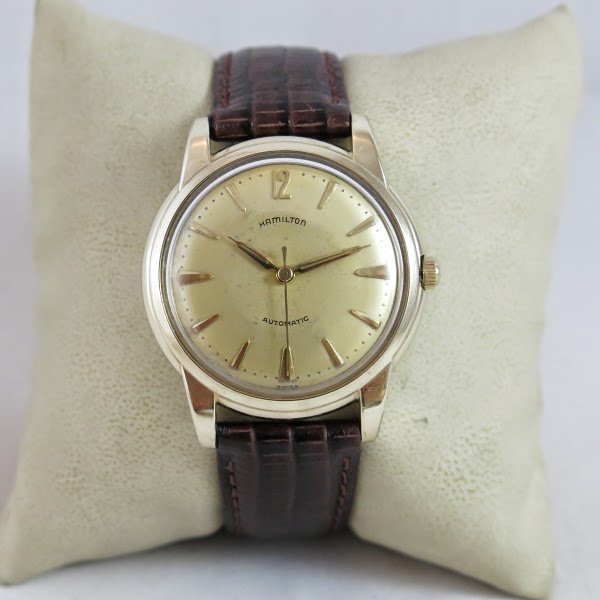 I got a comment from a visitor with what they thought was an IX-B but it has an H on the dial.  That would most likely make it a 1962 example like this catalog image.