Hamilton's top-of-the-line models are often part of the "Masterpiece" line.  They feature solid gold cases and US-made movements.  They also often have a diamond-shaped marker on the dial to denote the masterpiece status.  If you see this marker on a gold filled case, you should wonder if the model is a franken - as it likely is.

One of the Masterpiece models from 1957 was the Crispin.  It was made for two years. 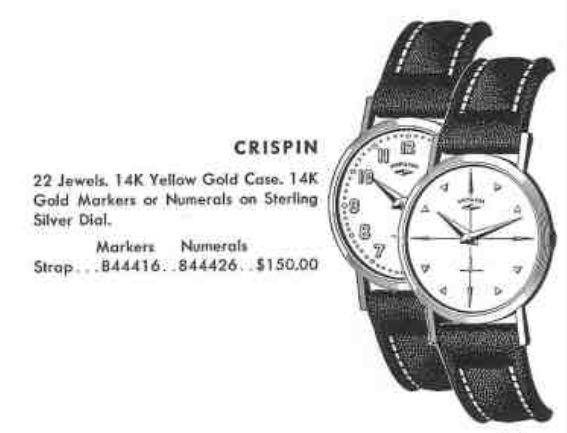 The Crispin came in a 14K yellow gold case with solid 14K gold numerals or markers on a sterling silver dial.  It was only available with a strap.  No bracelet was available and you'll see one reason for that below.  The style of hands used on a Crispin is called "dauphine".

Tucked inside the case is Hamilton's 22 jewel 12/0 sized model 770 movement.  This movement was introduced in 1955 and produced through the end of US production in 1969.

My Crispin project watch had some serious issues.  Many years on a bracelet wore seriously deep grooves into all four lugs.  In a couple of the lugs the wear went almost all the way through! 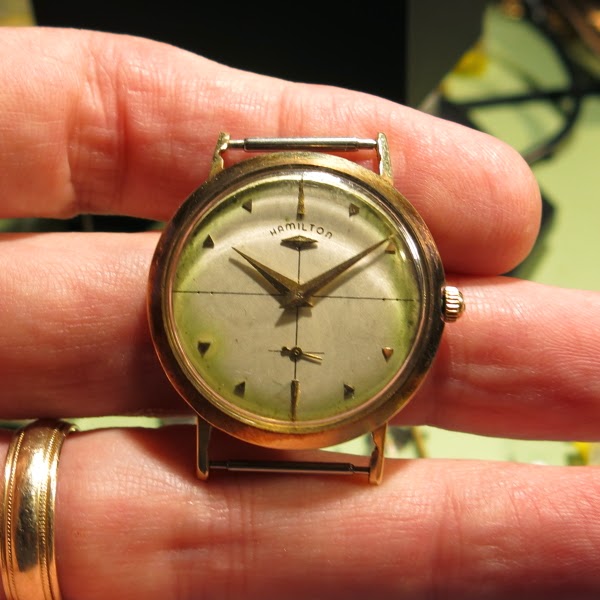 The case back looks like this watch should open through the crystal but there are some marks opposite the crown to indicate where a case knife can be inserted to separate the bezel from the back. 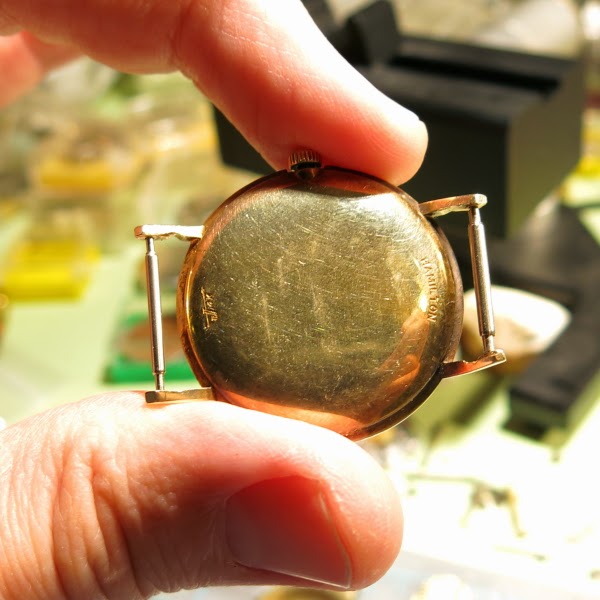 The crystal had a small crack so I removed it and got a better view of the dial underneath.  The dial is missing the markers at 3 and 9.  It's ready for a trip to the dial refinisher anyway. 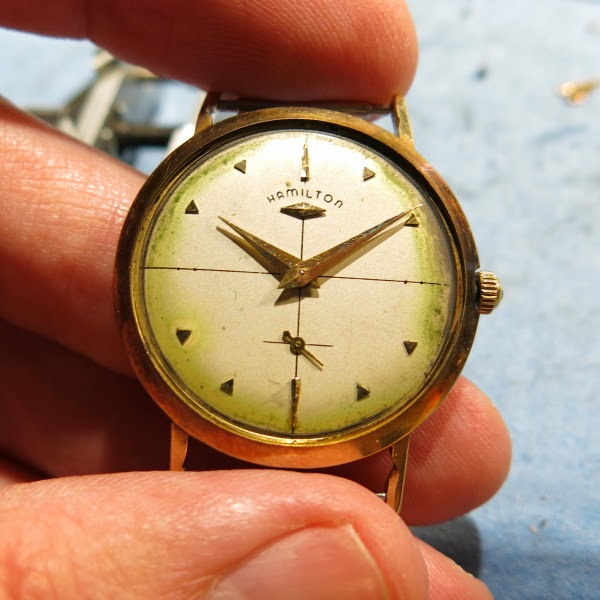 The 770 movement is a really nice movement and fairly easy to work on too - I think Hamilton had the best interests of watchmakers in mind when they designed this movement. 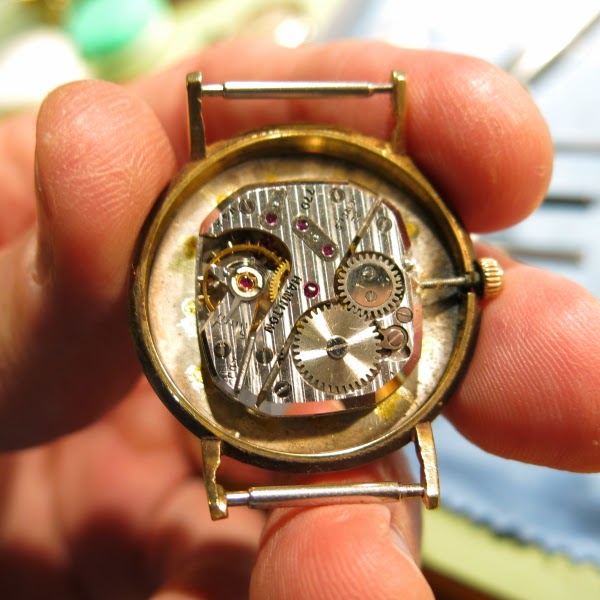 The center of the case back is actually a movement ring that comes out.  I suspect the center isn't solid gold - based on the minor verdigris near the stem groove.  Solid gold does not corrode so you won't find verdigris on a solid gold case. 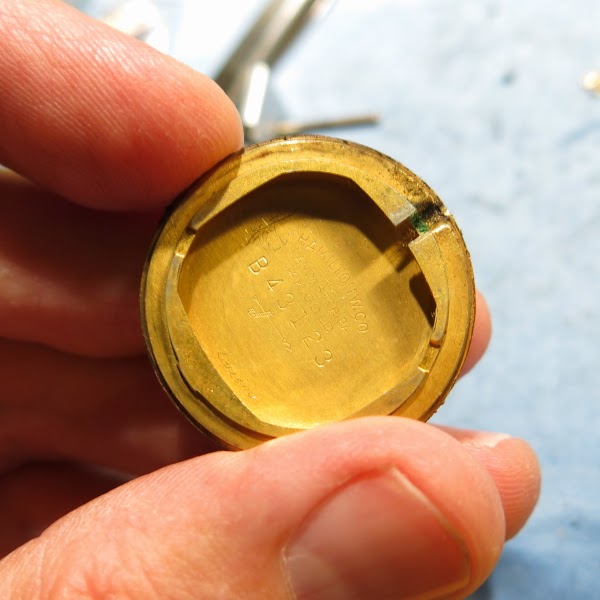 I've had this project watch for a while and have been waiting for the dial to come back from the refinisher.  My friends at International Dial did a nice job on it I think.  The line by the 3 marker isn't perfectly aligned but once it's installed you probably wouldn't notice it. 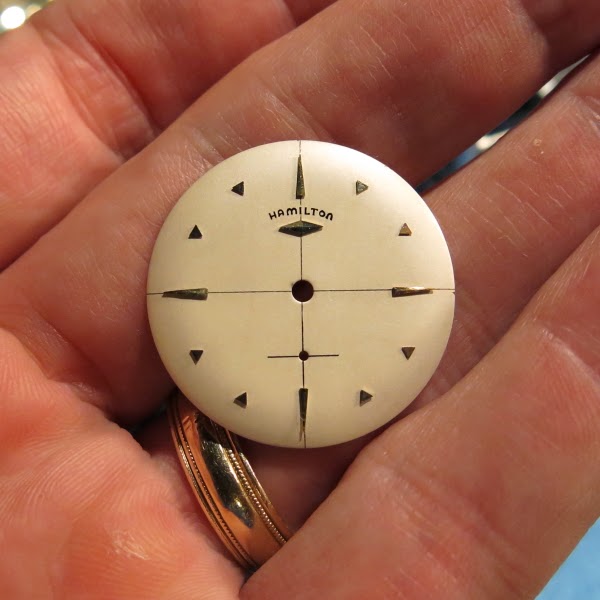 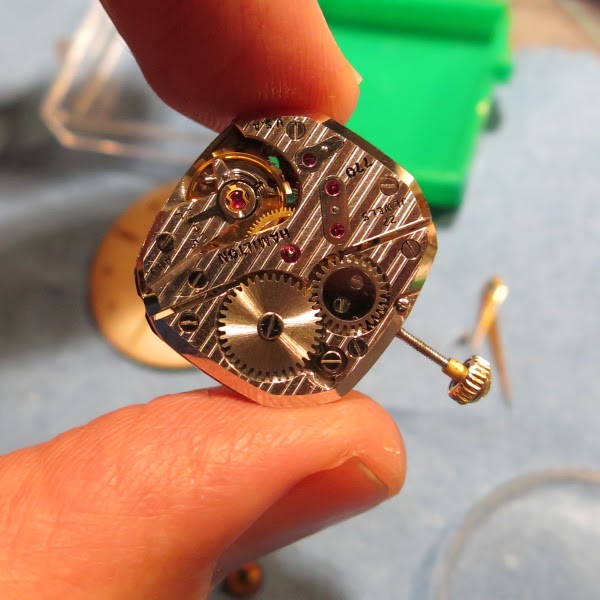 Here it is on my timer... looks great overall... great beat rate, great amplitude and a great beat error too.  Nothing to complain about here. 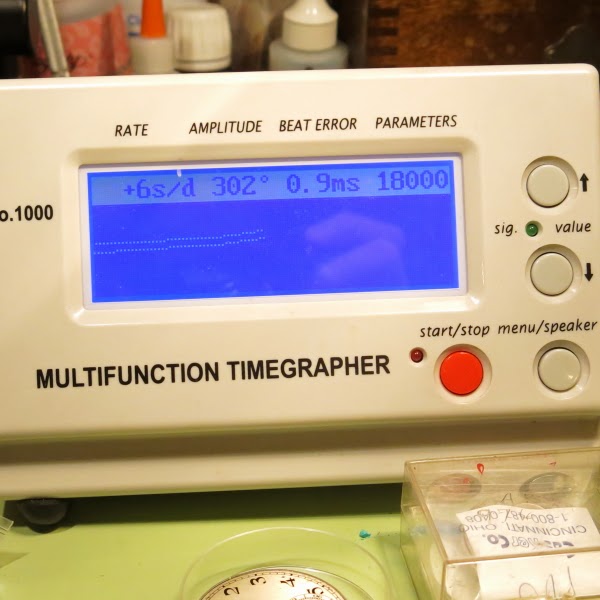 I took the case to my favorite local jeweler and he was able to solidify the lugs.  They're not perfect but they look loads better than what I started with... that's for sure. 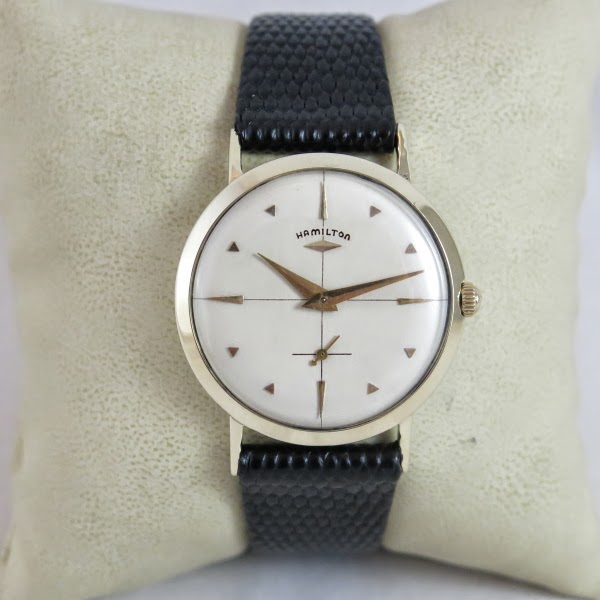 The Crispin is a fine looking watch in my opinion.  Definitely a sharp dress watch for any formal occasion.  This one is ready for another 50 year of service - but hopefully it's days of a bracelet are behind it.
Posted by HandyDan at 2:07 PM