It's probably safe to assume that the early 1950's was a hectic time at the Hamilton factory.  There was a lot of change going on.  New "automatic" models were being introduced.  The 14/0 movements that had been in production since 1935 were being phased out and replaced by 12/0 sized movements.  And Swiss-made movements were being used to lower the Hamilton price-point in specially branded Hamilton Illinois models.

It seemed like Hamilton had one foot planted firmly in the past while the other stepped out boldly into the future.

One of the models that seems to fit squarely in both time periods is the 1953 Turner.  It was produced for only two years. 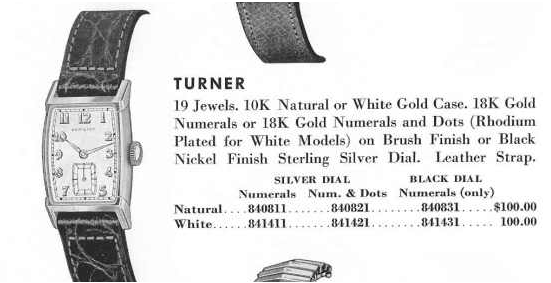 The Turner came in a 10K solid gold case, either in yellow or white.  The sterling silver butler-finished or black finished dial featured solid 18K gold numerals or numerals and dots - and the figures were rhodium plated when used with the white gold case.  So you would need to collect six different Turners  to get the full set.

I recently purchased a Tuner project watch and since it's the first model I've had with 754 movement, I can show you a little more about the grade.

As received, this Turner was a little worse for wear.  It was quite dirty, the crystal was beat up and the second hand was missing in action. 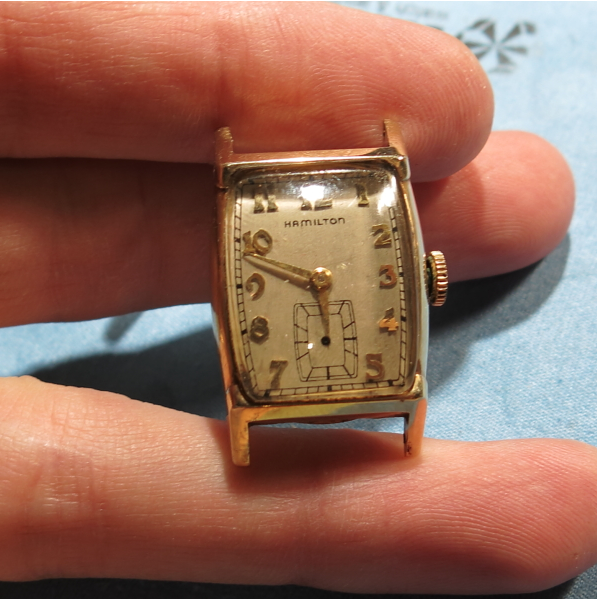 This was a presentation watch, probably for someone's retirement from Stanley - or at least their 25th anniversary with the company.  Those were the days, huh? 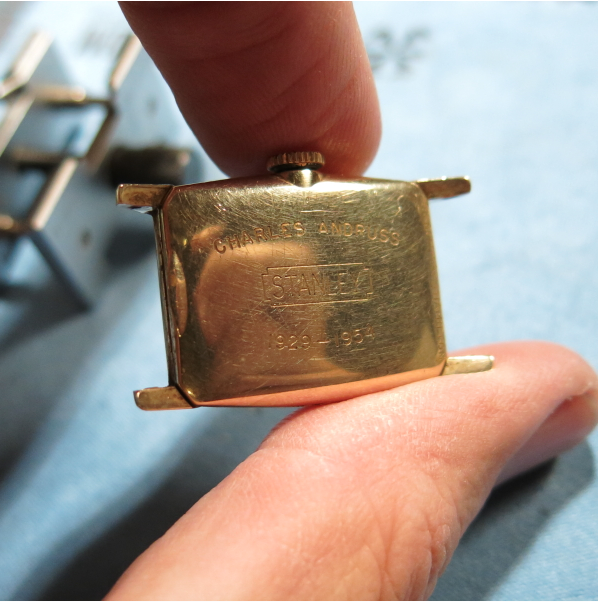 The original dial is quite dirty along the top and bottom edges but will hopefully clean up well. 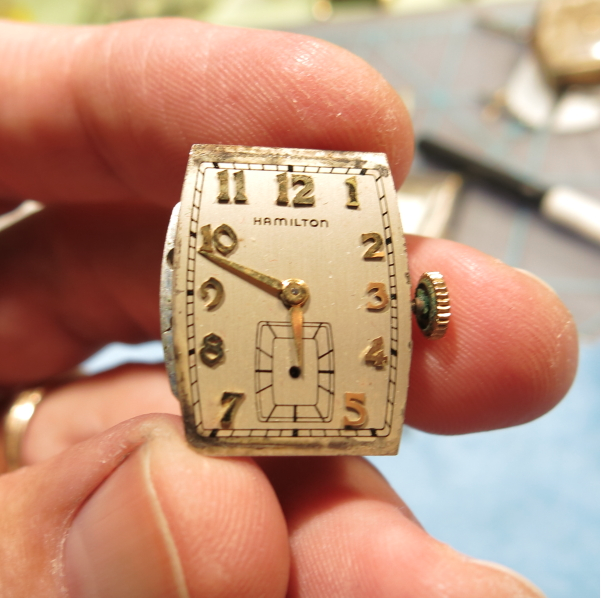 The 14/0 and 12/0 movements came with two different length cannon pinion and hour wheel setups.  When the dial is flat, the shorter set up is used.  If the dial domes, the longer setup is used to accommodate the taller dial in the center of the movement.

The Turner requires the taller setup and rather than have a thick dial, a spacer ring is used between the dial and the main plate. 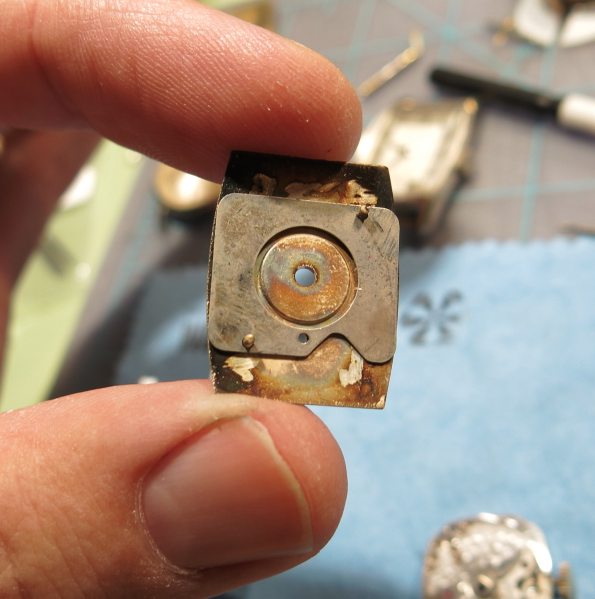 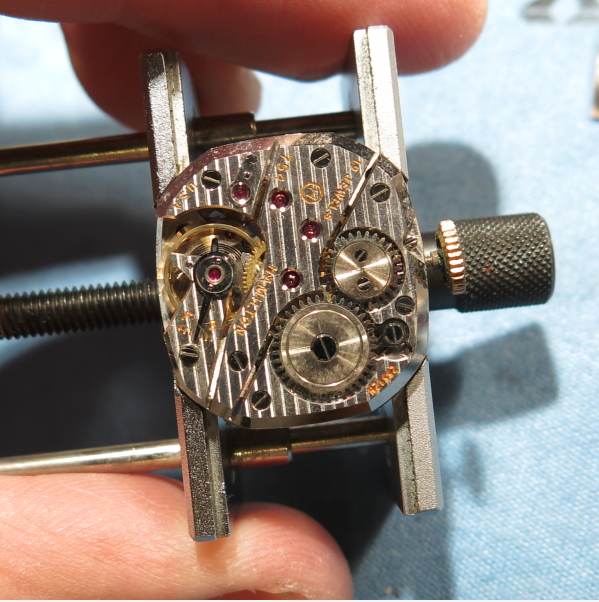 Everything gets taken apart and thoroughly cleaned.  The dial cleaned up nicely but there's still some evidence of wear on the corners of the dial - most likely from wearing against the bezel. 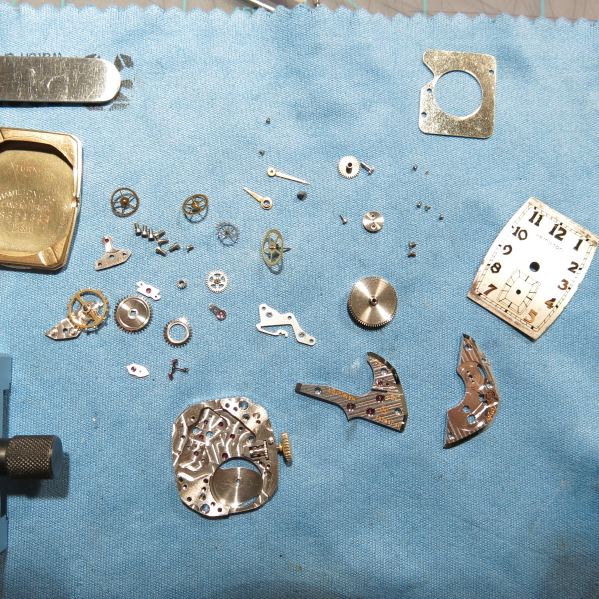 Reassembly goes easily and every jewel gets a tiny droplet of fresh oil.  The white alloy mainspring was cleaned and relubricated and after a few winds, the watch comes back to life. 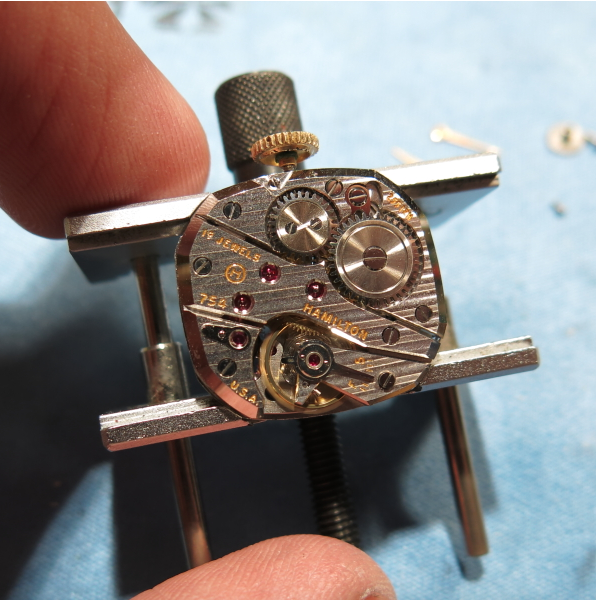 A little fine tweaking to the regulator gets it to level out at about 5 seconds fast per day with a vigorous amplitude and low beat error. 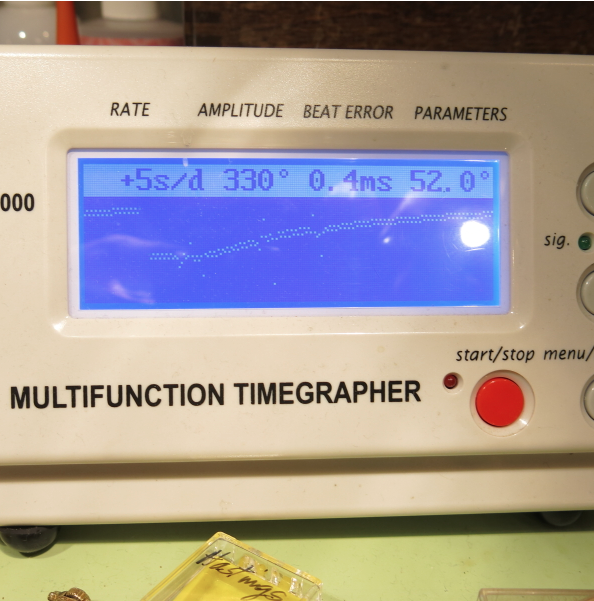 And here it is, all cleaned up and paired with a fresh teju-lizard grain strap in black.  A new second hand and glass crystal completes the restoration.  This Turner is ready for more wrist time. 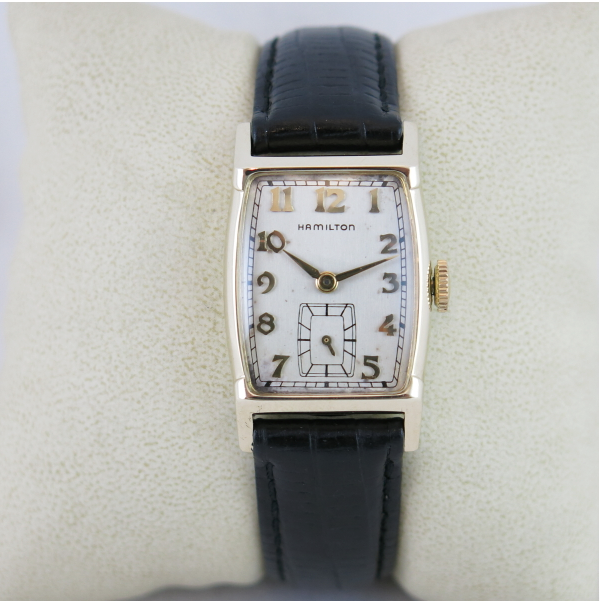