In 1964 Hamilton included a line of men's and lady's watches with M- or F- model names in their catalog.  M for male and F for female, I suppose.  Some are similar to other models in the Hamilton line up but with slight differences in the dials or crystals.  There are about a dozen different models for each gender in the 1964 catalog.  As I understand it, M and F watches were produced from 1961 through 1967 but I've only seen images of them in the 1964 catalog.

The M 69-2 came in a one-piece stainless steel case with a white dial along with luminous hands and dots at the hour markers.

Under the dial is a Swiss-made Hamilton 688 movement.

I recently acquired an example of an M 69-2 that was not running and had a broken stem so the crown would come off when you set the time.  The 688 is an ETA movement and shares the stem with several other ETA movements so I had a spare on hand for an easy fix.  So really the watch just needed a good cleaning and a crystal replacement. 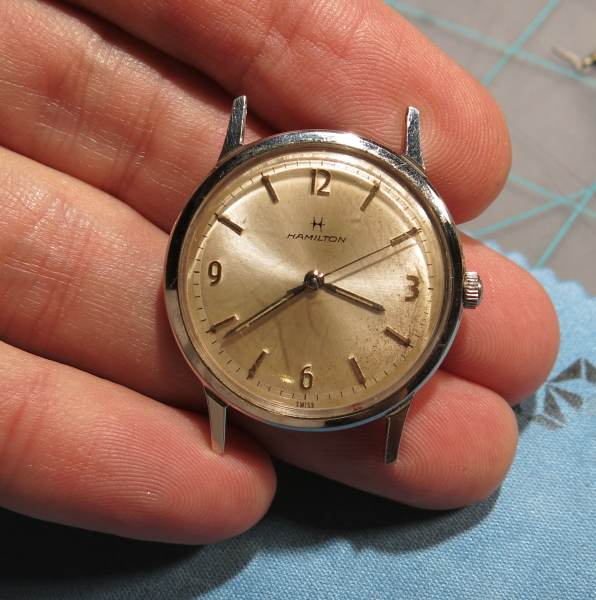 One piece case are usually opened with a diabolical looking claw tool called a crystal lift.  The tool compresses around the circumference of the crystal and squeezes the diameter enough that you can pull the crystal off.  It goes back on the same way.  Just release the pressure and the crystal expands into the bezel, making a waterproof seal. 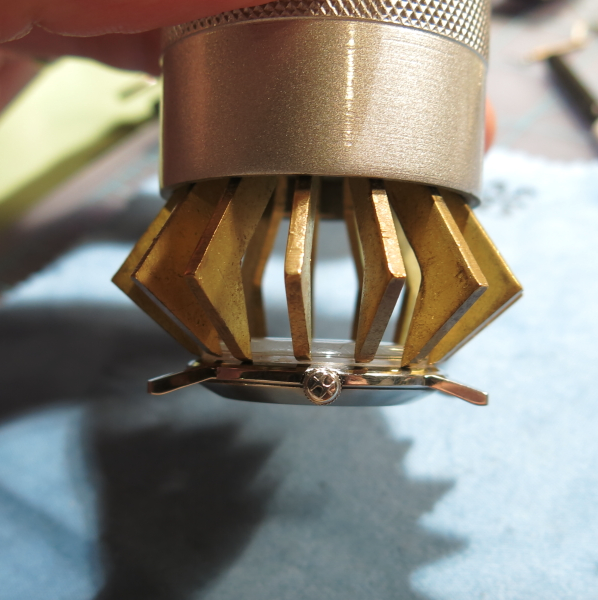 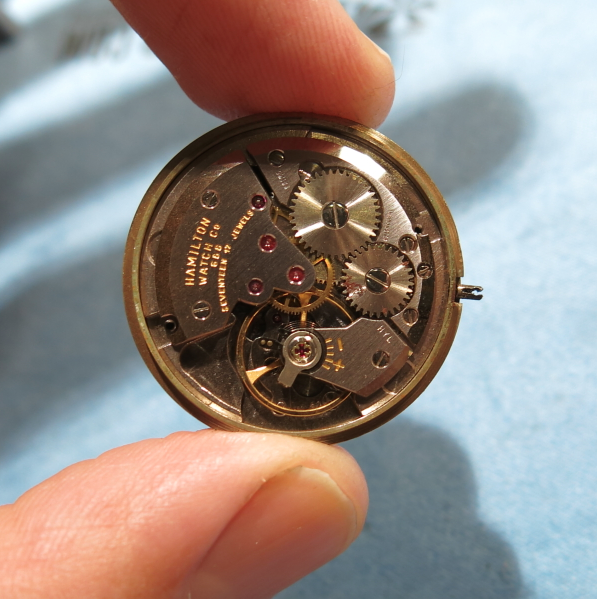 Servicing the movement is pretty straightforward and like the 686 movement in the Gary I recently showed, the 688 also has an adjustable hairspring stud so the beat error can be fine-tuned.

And here's a shot of the finished product - all cleaned up, running great and with a new crystal. 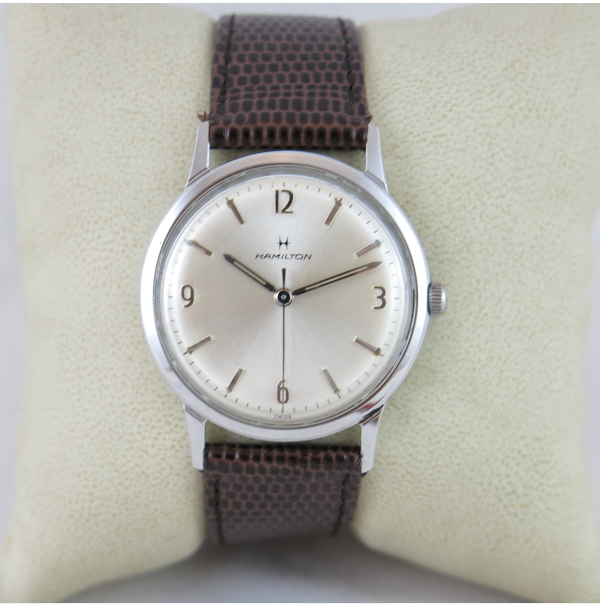 It's a very sharp, clean looking watch with a classic 1960's styling, I think.
Posted by HandyDan at 5:16 PM