The 1950's was a challenging time for Hamilton, not unlike companies in today's economy.  Competition from foreign countries was tough and Swiss watch manufacturers specifically offered quality movements at a low price point.  Hamilton endeavored to compete nonetheless and introduced a variety of models with Swiss-made movements in rolled gold plate cases as their entry-level lineup.

However, Hamilton also continued to produce it's own best-in-class movements at a slightly higher price point with gold filled cases.  A good example is the 1955 Powell.  It was produced for four years, through 1958. 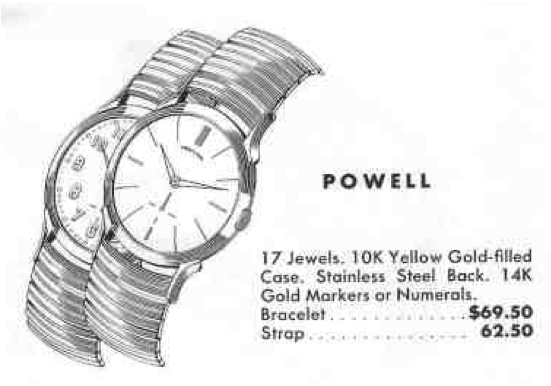 The Powell came in a 10K yellow gold filled case with a pop-on stainless steel back.  The sterling silver dial is white finished with 14K solid markers or applied gold numerals.  I think the marker dial is the more common of the two.  I've seen black dialed versions but I don't know if they are authentic, as the catalogs don't mention that as an option.

Under the hood you'll find Hamilton's 8/0 sized 17 jewel 730 movement.  This is an upgraded version of the 747 movement with shock jewels on the balance assembly.  It's a great movement, in my opinion, very simple, easy to work on and performs great.

The Powell is a surprisingly thin watch but that could also be because it's a nice size.  It measures about 32 mm wide and 42mm long.

I recently picked up a Powell project watch.  It came on a Speidel expansion bracelet, a good sign that it wasn't original as Hamilton rarely used Speidel for bracelets.  The crystal was cracked and there was a surprising amount of verdigris inside the case - that's corrosion you'll see on gold filled cases where dissimilar metals meet. 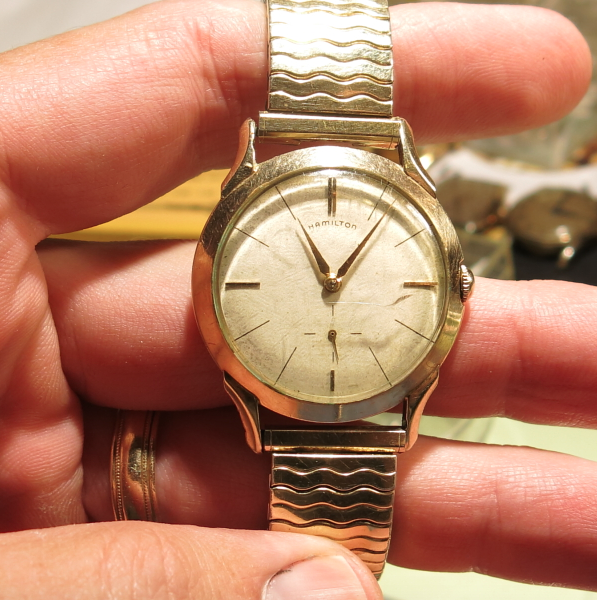 The white dial has a faint patina forming and you can see in the shot below the verdigris on the outside.  Cleaning white dials is very tricky business.  It seems like they will only get so clean before the printing comes off next.  So you need to know to stop when they're still a little dirty or be ready to get the dial refinished. 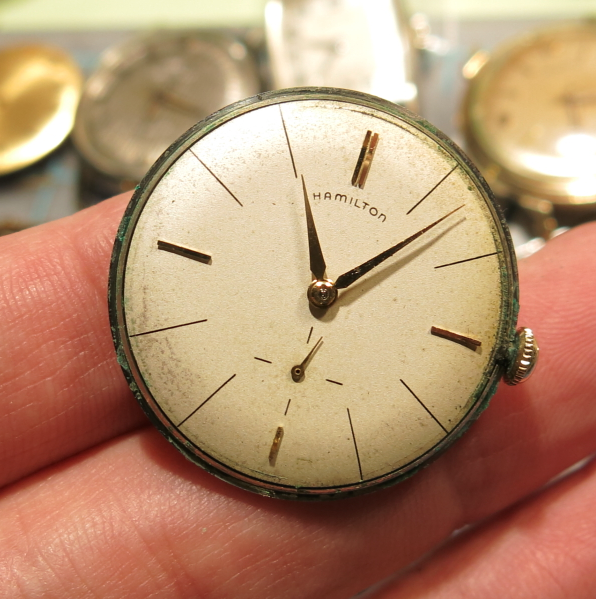 Here's a nice shot of 730 movement.  I think if you've ever had a hankering to take apart a watch and see if you could put it back together again, then your best option is a 747 or 730 movement.  They really are a breeze and I don't think I've ever broken one (although there have been some hairspring issues in my past).  Some of the screws are pretty small though and it's quite likely you'll lose one if you're not careful.  It takes a very gentle touch with the tweezers to not send a screw flying off, never to be seen again. 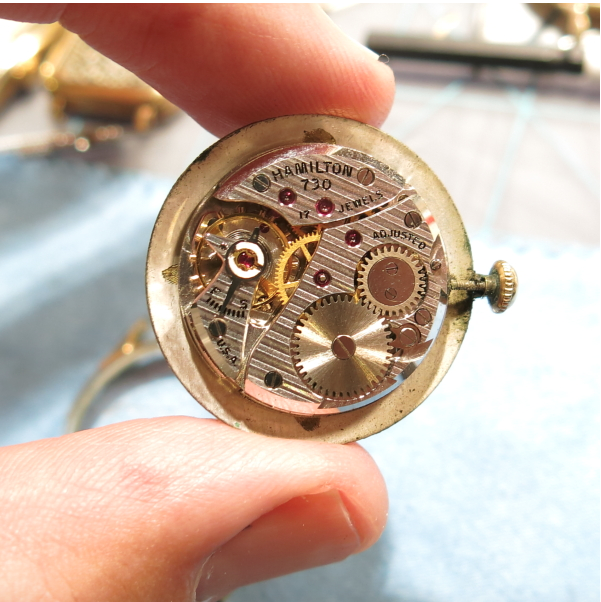 And here's the finished product, all polished up with a fresh genuine lizard strap and a new glass crystal.  The dial got a little better but still has some faint coloration on the outside - but that just helps the watch look authentic, I think. 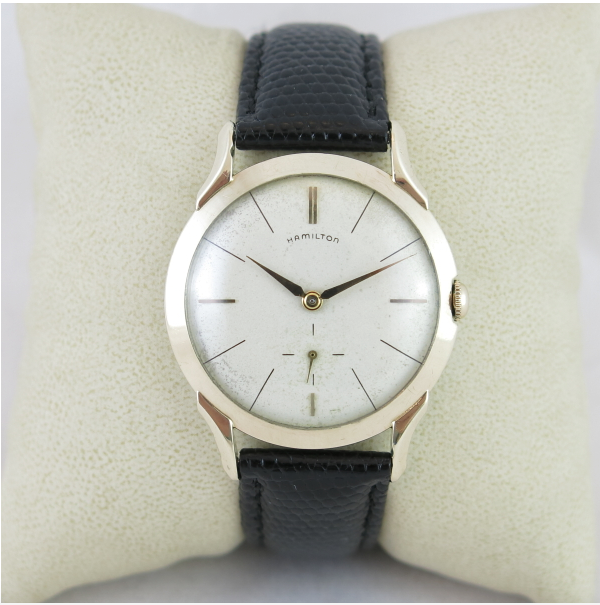 The Powell is a very simple, elegant dress watch.  Now to try to find one with the AGN dial...

Turns out a fellow collector and friend of mine just got a Powell too - but of the AGN variety so here's a photo of his to complete this post.  I like the AGN dial - it's a sharp, clean looking design. 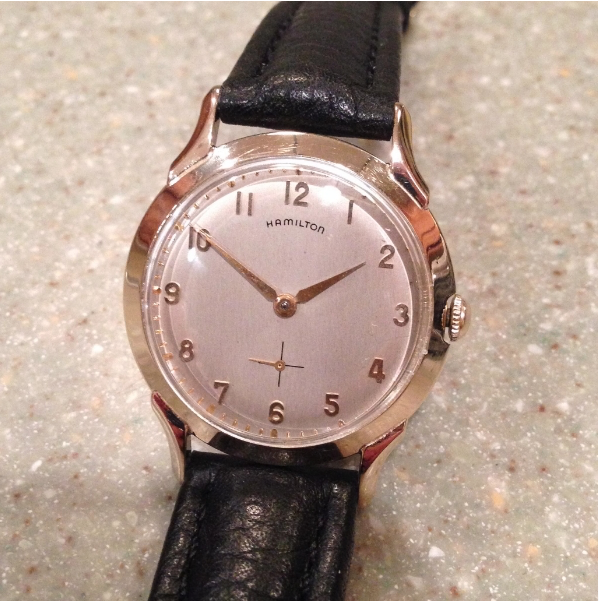