I posted earlier this month information about diamond-dialed Hamilton's and the Lord Lancaster line of models.  These 1960's era watches came in all shapes and sizes and are normally found in white gold, gold filled or rolled gold plated models.  However, there are a small few Lord Lancaster models that were also available in yellow.

One of them is the 1966 Lord Lancaster K.  It was produced through the end of US production in 1969. 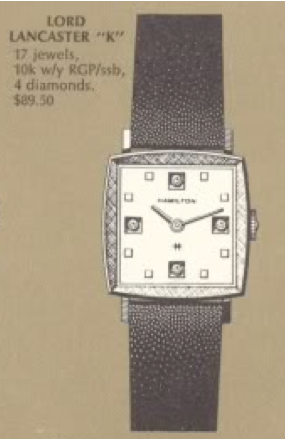 The Lord Lancaster K came in both white or yellow 10K RGP.  The butler-finished dial has matching hour markers (white or yellow) and the 12, 3, 6 and 9 have diamonds.  Without the diamonds, the same watch would be called a Darwin. 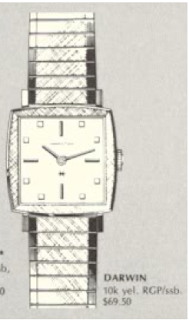 Unlike the Darwin, the Lord Lancaster K came only on a black suede strap.  There's no matching bracelet.

I recently picked up a Lord Lancaster K project watch.  It was a little dirty and scratched up but not so bad that it wasn't a promising project. 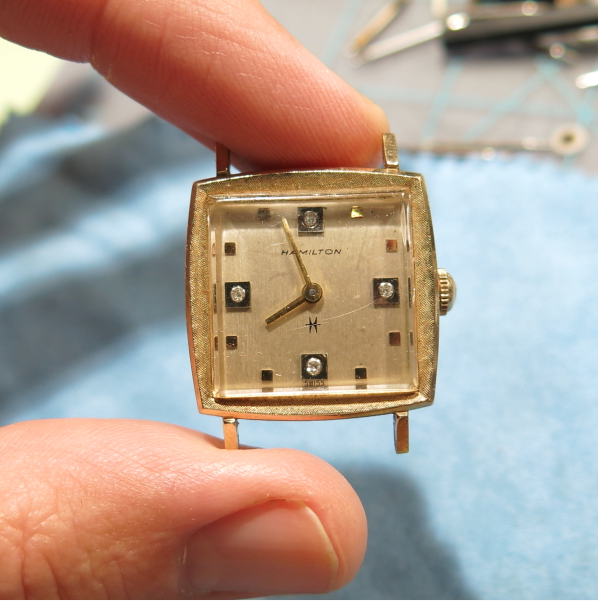 The original dial is in very good shape.  There are a couple of minor age spots but it's otherwise unblemished. 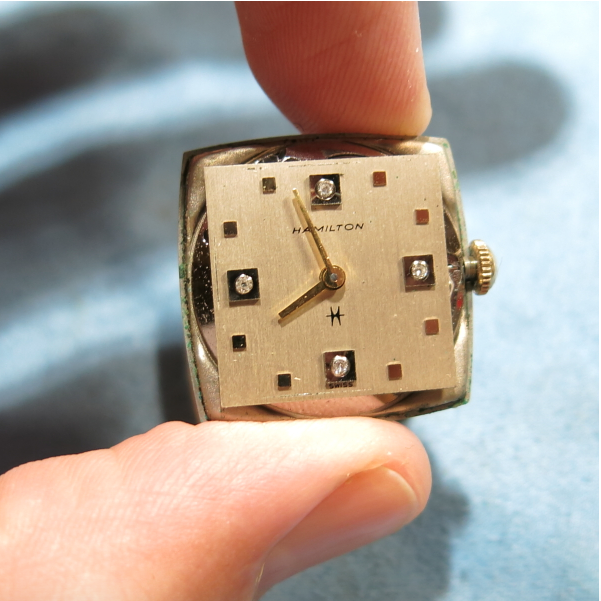 Behind the dial is a Swiss-made 17 jewel Hamilton 681 movement.  It looks like an A Schild movement of some sort like the 686, but it's a slightly smaller size. 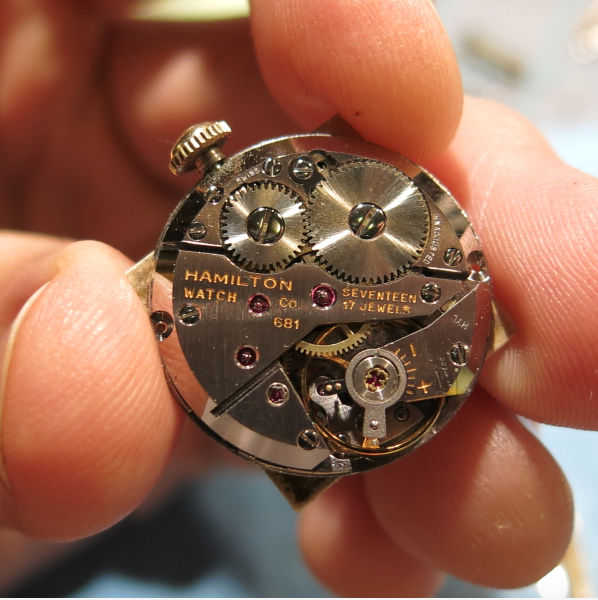 It's very important with diamond-dial watches to make sure the inside of the case back is marked Hamilton Watch Co. Lancaster PA.  If it doesn't say that, then it's not an authentic model. 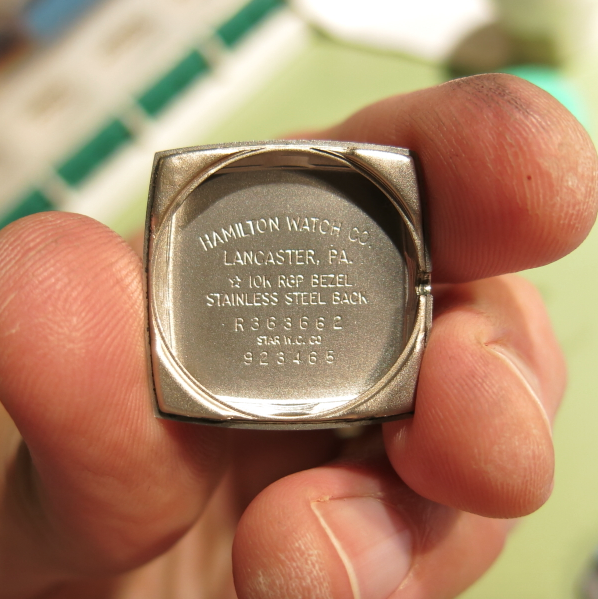 With the movement freshly overhauled, the case and crystal polished and the a new black strap installed, this Lord Lancaster is ready for wrist time.  It's not a very large watch and although it's a man's model, it's probably better suited for a woman by today's standards. 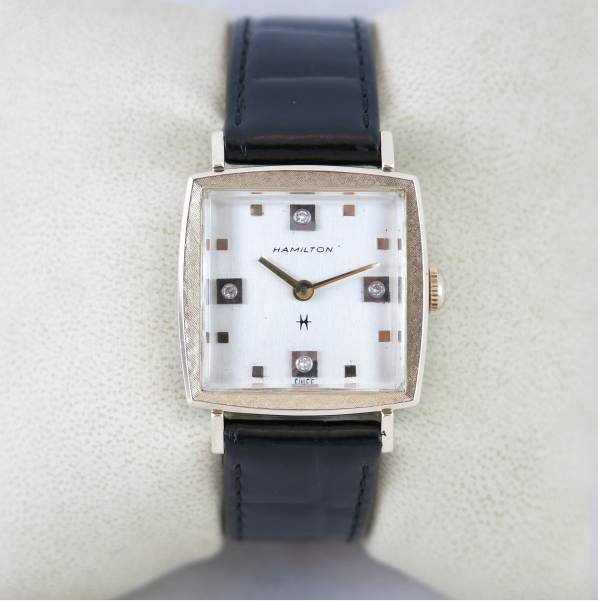