Hamilton introduced it's first automatics in 1954 with the Automatic K-series in a variety of case metals and designs.  The second generation of automatics was added in 1956 with the Accumatic series.  Although the Accumatics started out with roman numerals to designate models, they eventually evolved to the A-series with the same variety of case materials offered along with the addition of rolled gold plate.  Shortly thereafter the Rotomatics and Thin-o-matics joined the line up.

One of the stainless steel Accumatics was the 1961 Accumatic A-501.  It was produced for only two years. 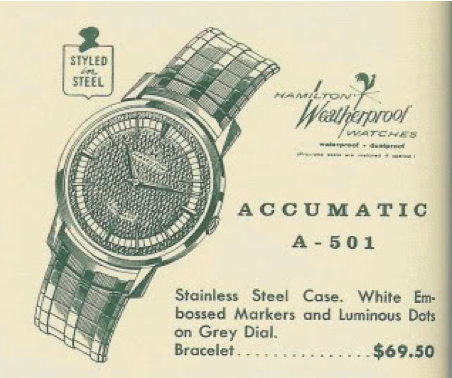 The Accumatic A-501 is an interesting looking watch.  It's very "gray" with a textured embossed dial with a pattern that reminds me of a stained glass window with diamond shaped panes.  The catalog image doesn't really do the design justice, in my opinion.

Under the dial is a Hamilton 689 movement.  This 17 jewel, 11.5 ligne movement is not as common as many other automatic movements Hamilton used.  The 689 was made by ETA and is the same as an ETA 2451 caliber.

I recently received an Accumatic A-501 case with a partial movement.  It was missing the balance assembly and the screw that holds the rotor on.  So a donor movement was needed to get the watch back in working order. 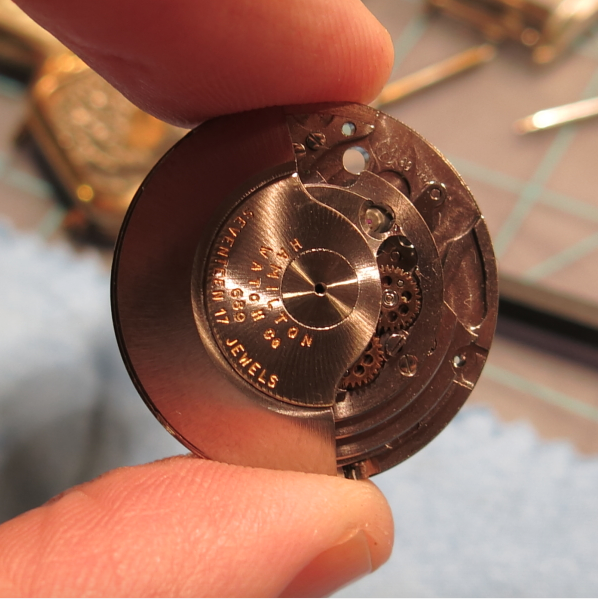 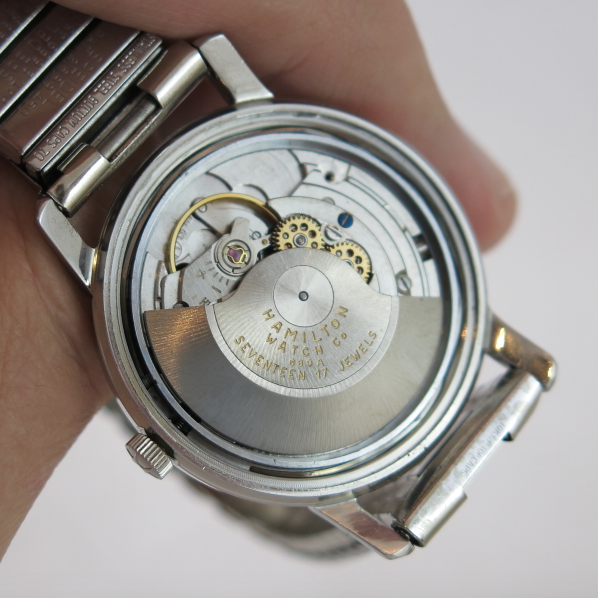 This installation of a 689A in the place of a 689 presents an interesting situation.  Is it fair to replace an earlier movement with a later replacement or should I have held out for a donor 689?

Like most things, I suppose the answer is "it depends".  If this was a very expensive, rare watch with some sort of exciting provenance, then restoring the 689 would be the preferred route.  On the other hand, since the 689A is basically an upgraded version of the 689, who cares?

What really matters is what the watch looks like and how well it runs, right?  Well, this one looks really good and runs just as well.  The bracelet isn't original but it looks nice nonetheless.  The dial has a faint radium burn on the left - I guess the hour hand was stuck in the same position for a few years.  Otherwise I think it looks great. 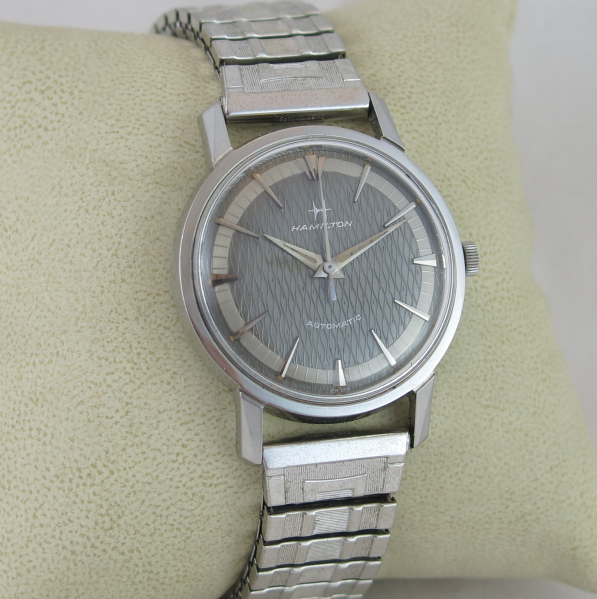 I think the silver on gray design makes for a difficult watch to read.  On the wrist, it's a sharp looking watch.  Don't you think? 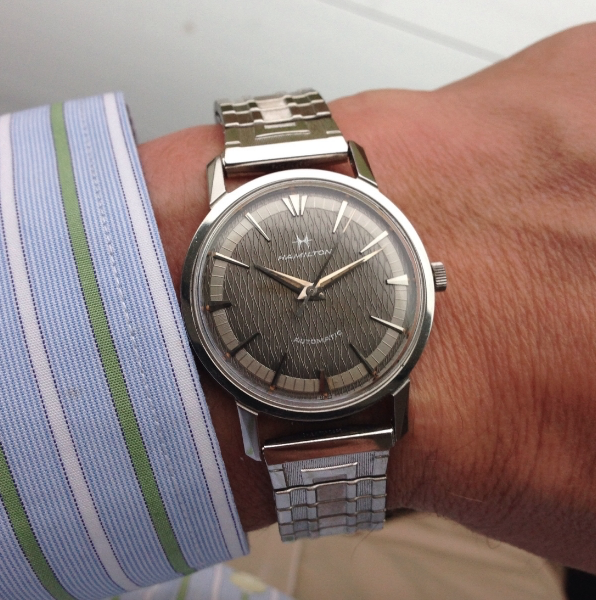