Hamilton acquired the Swiss manufacturer, Buren in the mid-1960's and around that same time Hamilton started using Buren's movements in the "thin-related" watches.  This included the Thinline models and the Thin-o-Matics.  Other Swiss-makers were used too but Buren movements were used predominantly - especially in the Thin-o-Matics. 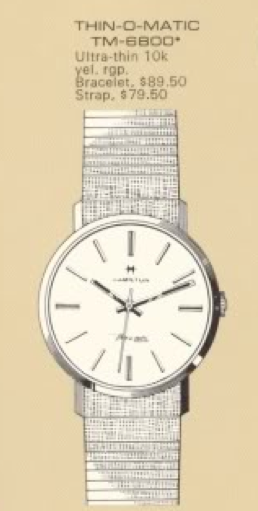 The TM-6800 comes in a single-piece 10K RGP case that opens through the crystal.

Tucked inside is a Hamilton 628 movement, which is a micro-rotor movement from Buren.  This movement has a beat rate of 6 beats per second, or 19,600 beats per hour, as opposed to the typical 18,000 BPH rate in most vintage watches.

I recently acquired a TM-6800 project watch that came on an interesting bracelet.  It sort of matches the catalog but it's not an exact match, so I don't know if it's original but it's surely from the same period. 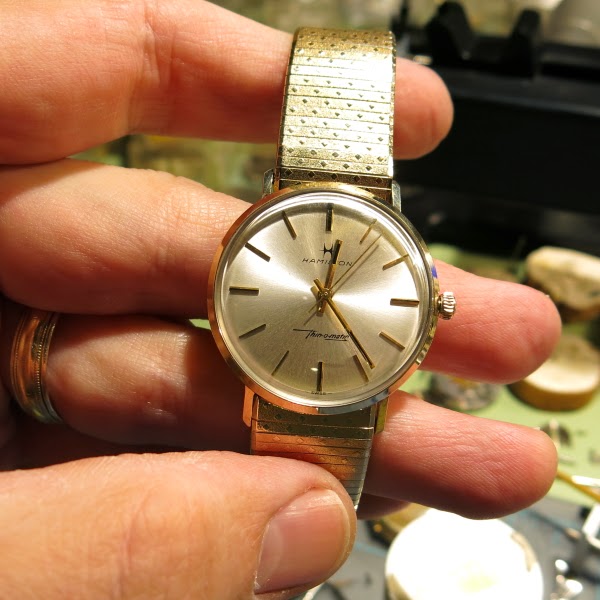 These micro-rotor movements have a gazillion tiny parts in them and I really don't like working on them.  So I sent this one out for service rather than risk screwing it up myself.  Oddly enough, someone had installed the wrong sized rotor (oscillating weight) and I had to replace it with the correct one (shown below). 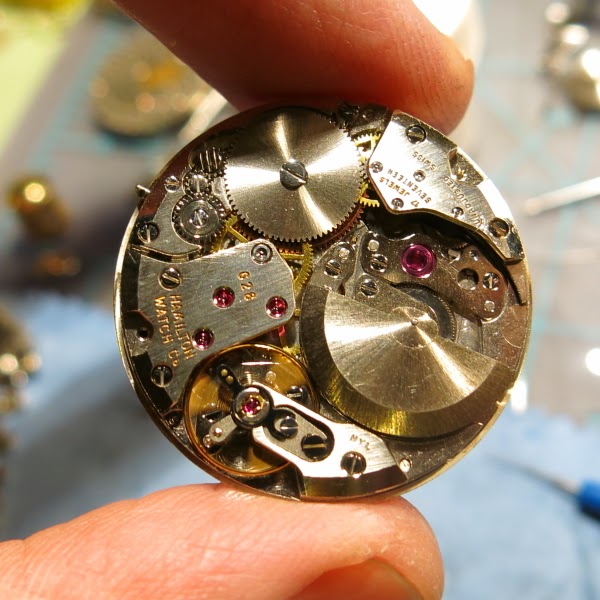 And here's the finished watch, on it's pillow shot.  It's a sharp-looking watch and lives up to it's aspiration to be thin.  It's definitely very thin for a self-winding watch and more along the lines of a manual winder. 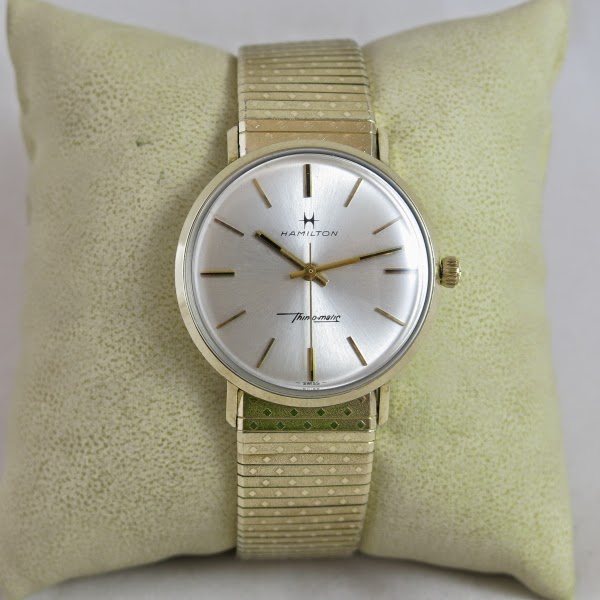